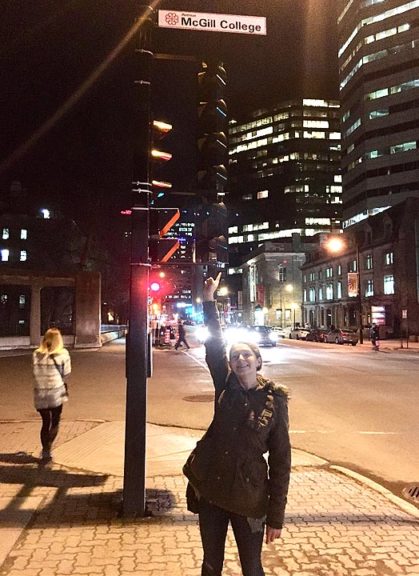 Grads on life beyond the ‘bubble’

Surrounded by the sprawling, verdant Glen, crisscrossed by streets filled with funky houses and unique shops, and inhabited by some of the kindest, most accepting people around, Yellow Springs is a wonderful place to grow up, according to several recent Yellow Springs High School graduates.

The village is a sanctuary of safety and wholesomeness that offers its young residents a place to grow and develop into whomever they want to be, young residents interviewed for this story said.

But most young villagers don’t stay in town forever. And the transition from the village to the vast world brings a range of complexities. Half a dozen young Yellow Springers, who graduated from YSHS between 2015 and 2017 and are now in college, recently offered their thoughts and experiences about leaving their hometown.

Some were eager to leave, ready to be free of what they perceived as the shackles of small town life, and excited to explore the wider world outside of the Springs.

“I’ve never really liked being part of a tiny group of people,” said Sam Green, now a freshman at Ohio State University. “I like being able to find something new around every corner.”

Green cited activities such as musical performances, mingling with new people at parties, eating at new restaurants and roaming museums and parks as among the attractions of life in Columbus.

Another student, Meredith Rowe, who attends McGill University in Montreal, said she relishes the range of social options she’s found in that city.

“I love being able to meet someone at a coffee shop somewhere, and still have a million other coffee places around. Being able to explore the city is something I appreciate,” she said.

While Green and Rowe emphasized new opportunities, Tristan Campbell highlighted his frustrations with the village.

“Although I’ve lived in Yellow Springs my entire life, I’ve never felt like a small town person,” he said.

Working downtown, he experienced what he sees as the downside of touristy Yellow Springs. “Because I worked in town, weekends and Street Fair were always the worst.”

By contrast, he said he feels much more at home in Kettering, the city where he commutes daily to attend classes at the School of Advertising Art. While still living in Yellow Springs, Campbell said he feels more free and unrestricted in Kettering and at college. Outside of the village, he’s made new friends, and visits his girlfriend in Kettering regularly.

For some other young villagers, the transition into the wider world hasn’t been as smooth. Well into his first semester at Wright State University, Bear Wright said he continued to struggle with adjusting to his new routine. Large classes and an unfamiliar campus were a particular challenge.

“It was hard leaving behind everything that I knew for an entirely new place,” he said. “People were much less friendly, and I felt less integrated to the environment.”

Wright also dealt with something that not every freshman has to: an awful roommate. That unexpected tension coupled with pressure from classes and social life complicated Wright’s transition to college.

The challenges weren’t as extreme for some recent graduates. Ursula Kremer, who attends Hanover College in Indiana, said the small student body, numbering around 1,000, reduced the shock she felt upon entering college life.

“The classes are mostly small, and the faculty has been really helpful,” she said, likening the experience to her time at YSHS.

Kremer took a gap year between graduating high school and attending college, traveling to the Czech Republic to gain some worldly experience. That adventure increased her comfort with new environments.

“If I hadn’t gone and travelled it might’ve been harder for me to adjust to college because of the experience I gained,” she said.

Nearly everyone interviewed for this article highlighted specific differences between Yellow Springs and most other towns. One difference concerned the fact that a majority of village residents are politically liberal and tend not to be outspoken about religion. Such homogeneity is rare in college dorms, however.

Windom Mesure, who attends Columbia College Chicago, said that although he and his roommates get along well, they “butt heads politically” all the time. And he said that he’s learned to never bring up politics with the people he meets in the city. Comments that might be laughed off in Yellow Springs could lead to serious grudges, according to Mesure.

The differences between Yellow Springs and elsewhere aren’t just political. For McGill University student Rowe, the racial and ethnic diversity of her new environment has been a positive experience.

“It’s so diverse here. My friend group has someone from South Africa, France, Canada and America, and that range of experience is really cool.”

But one difference stands out for those who have gone to college in the city. In Yellow Springs, it’s commonplace for people to smile and nod to each other, but elsewhere, people seem to put on faces of stone and do their best to ignore the fact that their fellow pedestrians exist.

“Even just the feel of being outside was different. I walked around feeling like everyone hated me because they wouldn’t make eye contact with me,” OSU student Green confessed.

Mesure agreed. “On the street in Chicago, do not smile at people as you pass. Just don’t,” he said.

Despite a variety of experiences adapting to college, those interviewed for this article claimed that college life so far was more or less what they’d expected it to be like. College visits, online exploration and stories from siblings and older peers created a fairly accurate portrait of what life outside the village would be like, students said.

Likewise, most of the students interviewed said that they felt well prepared to deal with the school work of college.

“They tell you it’s going to be hard, but you don’t realize until you get there just how hard it’s going to be.” she said. But whenever she encountered a challenge in college, she felt prepared to meet and overcome it, she added.

Yellow Springs may be a bit of a bubble, a place that shields those within from many of the troubles of the outside world. This bubble can be hard to leave, recent graduates acknowledged. But once that transition has been made — often leading to new experiences and freedoms — Yellow Springs remains a place to return to, where graduates can experience and appreciate its weird and wonderful qualities all over again.