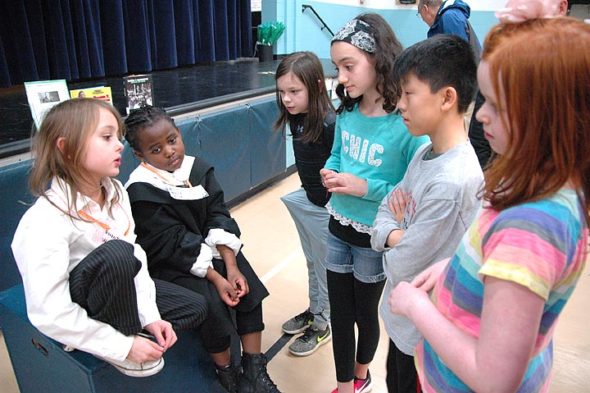 A day at the museum

As the finale to their recent studies of African-American history, Mills Lawn School second-graders tied the past with the present via a “living museum,” where students presented as famous African Americans they had researched, oftentimes splitting historical characters into their younger and older selves.

Approximately 30 notable African Americans were represented by over 54 students. The young actors recounted biographical details and significant events of their historical characters’ lives. Other Mills Lawn students and visitors were encouraged to ask questions and learn.

The afternoon came to a close with an all-school assembly celebrating Black History Month that included stories, songs and tributes to the village’s own “hidden figures” — African Americans who have made a mark locally or nationally; each was introduced as a “who am I” riddle.

Among them was astrophysicist and 1991 YSHS graduate Lou Strolger, who contributed to the Nobel prize-winning discovery about the expansion of the universe, and gave a brief talk on what inspired him to become an astrophysicist.

The event was the culmination of a Project-based Learning event that students started in January.

One Response to “A day at the museum”