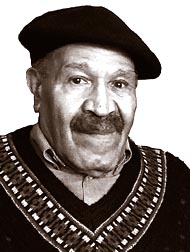 It is with deep sorrow that the Blackman family announces the transition of beloved father, grandfather, brother, uncle, cousin and friend, David Edward “Ed” “Sonny” Blackman. He passed away peacefully in the company and loving comfort of family members Ghita, Betty,  Cindy, Tracy, and Bill  at his residence at Aegis (Assisted Living) Corte Madera, California, after a declination in health from dementia, and a fall causing complications. He was 89.

Our beloved was born and raised in Yellow Springs, later relocating his wife and family out of state. He is survived by his sister, Betty J. Blackman; his ex-wife, Ghita W. Blackman; and their children and grandchildren, Anasa Victoria Blackman-Onyejiaka (daughter Kelechi), Tony and Sukanya Blackman (sons Anuphong, Ossie and Miles), Carlos and Cindy (Blackman) Santana, William and Tracy  (Blackman) Schulze and numerous nieces, nephews and cousins.

He was preceded in death by his parents, Shelly Blackman Sr. and Martha Brooks (Blackman) Higby;  brother, Shelly Blackman Jr.; and grandparents, Jack and Kitty Brooks, of Yellow Springs,  and Fred and Mary Blackman, of Springfield.

The cremated ashes will be transported for internment at Glen Forest Cemetery  in Yellow Springs on Sunday, Sept. 2, 2018, with a memorial celebration of life gathering to follow at Mills Park Hotel.