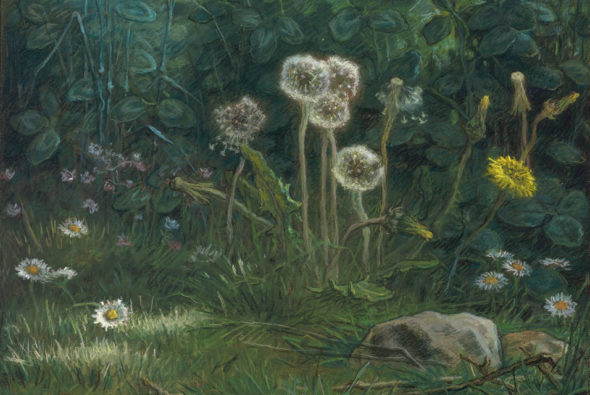 EDITORIAL — ‘We are the weeds’

The following editorial was published in the Nov. 7, 2019, issue of the News:

For everything I felt a love, / The weeds below, the birds above.

I feel that way about humans, too.

Writing about invasive plants for the News this summer and fall, I experienced many moments of kinship with the plants I was profiling. How could I not? They’re living things, after all. I’m a living thing. They’re not native to this landscape. I’m not native to this landscape. They’re claiming it as their own. I’m claiming it as my own — and though I’m not personally taking over southwestern Ohio, my species already has.

There’s an irony in writing about invasive species that’s impossible to escape. These are “bad” species, we say or imply: they destroy biodiversity, they cause the extinction of other species, they permanently alter habitats. By those measures, which species is more invasive than my own?

The latest climate reports reveal the depths and consequences of human dominance. The world hasn’t been this warm since between 3 to 5 million years ago. Our damage to the oceans is especially terrifying. The oceans are warming, becoming more acidic. Sea ice is melting, sea levels are rising. In many cases, these changes are accelerating. We’re reshaping climate, coastlines, species distribution and diversity. With our consumption of fossil fuels in particular — with every country around the globe premised on this consumption — humans have become a geologic force. What we do in human time, years or decades, lasts for epochs. Or for all time, in the case of extinction.

And so we enter a new geologic age, the Anthropocene.

This age portends, among other things, a massive die-off of species. By acting like we own the planet, by acting like we’re the only species that really matters, we are creating a future in which we will be … alone.

Kind of like honeysuckle in the understory of our local woods. Where once dozens of species thrived, now there is one. Dominant, powerful, alone. The woods increasingly sterile, increasingly silent, around it.

And we in the U.S. may be especially alone. This week, the Trump administration formally began the process of exiting the Paris climate agreement. Our non-participation isolates us, and amplifies global climate trends that are already big, scary, decisive.

In the early 1800s, before the start of our industrial age, a “peasant poet” named John Clare bore witness to profound changes in rural England. The Enclosure Movement, a push to consolidate landholdings into larger (and more profitable) farms, divided and privatized land that had once been, in Clare’s youth, open and common.

With the loss of “the commons” came the fragmentation of habitats and the decline of species. Clare noted and mourned this. Yet scholars have remarked that the most frequently used words in his poetry are “love” and “joy.” Clare was a close observer of his home ground. He loved the small and overlooked things, the devalued and despised things. He loved the moles, and the little birds. He loved, perhaps perversely, the weeds.

In our own day, “the weeds” are everywhere. Human activity brings them here (and here and here), and human disturbance of the land invites them in. Humans and invasives thrive together. The weeds, well, the weeds are us.

“[L]ooking at our actions with the recognition that we are geological agents, we might be startled to learn that we are the weeds,” scholars writing about Clare’s relevance to our time conclude.

I don’t want to live in a human monoculture. I don’t want to be alone in a dying world. I want, I think most of us want, to have a place in this world — not to displace the world. When I walk through the woods now, I look honeysuckle in the eye — or what I imagine to be its eye — and ask, Why are you doing this? And it asks me the same question right back.

I have no answer.