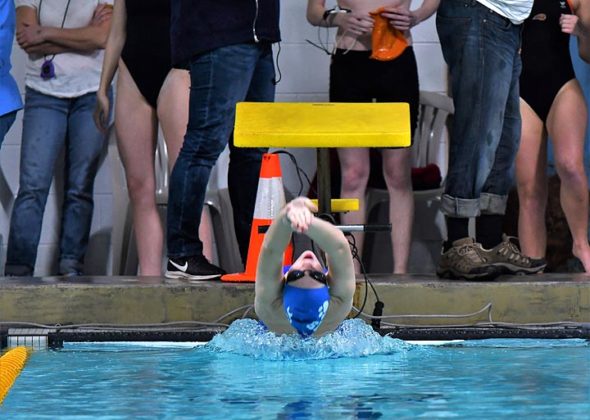 The Yellow Springs High School varsity basketball team split a pair of away games last week, losing the first and winning the second.

On Tuesday, Dec. 10, the Bulldogs fell 43–37 to Legacy Christian Academy in Xenia. On Friday, Dec. 13, the YS team bested Middletown Christian in Franklin by a score of 50–46.

Both games were conference matchups.

After Friday’s game, the Bulldogs were 2–2 for the season and 2–1 in conference play.

The girls varsity basketball squad traveled to Middletown Christian on Thursday, Dec. 12, where the team snapped up another win, finishing the game 44–26.

The Bulldogs out scored the Eagles 22–11 in the second half to secure the final 18-point victory.

The team is currently 5–1 for the season and 3–1 in conference play.

The eighth-grade boys took a loss to Legacy Christian on Monday, Dec. 9, with a final score of 48–22. Isaiah Search was the leading scorer for the Bulldogs with eight points. Kaveeyon Wagner and Sam Miller each contributed four points to the total. Brady Baker and Julian Cruz made it to the rim as well with three points each.

The seventh-grade boys had their first match of the season versus Legacy Christian as well, also on Dec. 9.

Eager to play, the seventh-grade boys came out strong and took a halftime lead of 18–14. The game was a hard fought battle that unfortunately ended with Legacy on top 33–26. Landon Harris led the Yellow Springs team with nine points. Lucas Price buried two baskets from beyond the arc for six points of the team total. Mateen Sajabi and Kaveeyon Wagner added four points each and Alex VanAusdal completed the scoring with three points for the match.

On Thursday evening, Dec. 12, a talented Middletown Christian team came to Yellow Springs for an eighth-grade game. The tough MC team dealt YS a crushing loss of 63–12. The YS boys fought through it and managed 12 points on the night. Scoring was led by Kaveeyon Wagner with four points. Jake Ortiz-Thornton, Kellen Scott, Landon Harris and Alex VanAusdal each added two points. This week the middle school teams will travel to Emmanuel Christian.

Max Sturgeon bowled the high game of 182 and the high two-game series of 342
The team had its highest two-game Baker match by bowling 1,935 pins.

Davin Bush bowled a career-high 220 and 356 for his two game series.

The girls varsity won one of two games and one of two Baker games, but lost the match, their first.

The varsity boys and girls teams were next heading to the Wright State University tournament on Saturday, Dec. 14, at BeaverVu Lanes. 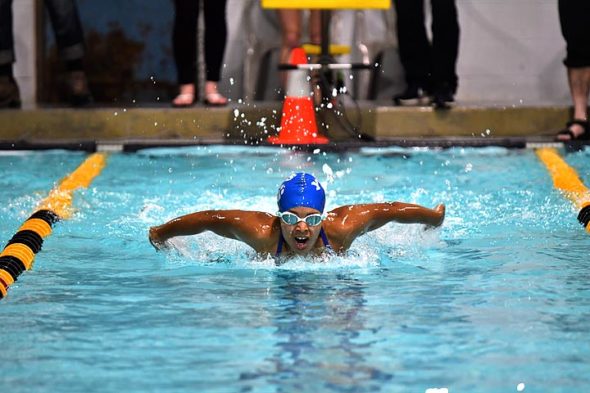 The YSHS Swim Team competed in two meets last weekend. On Friday, Dec. 13, the team was at the Dayton Raider Aquatic Center competing in the Oakwood Sprint Meet, and on Saturday, Dec. 14, the Bulldogs were at the Piqua Invitational at the Piqua YMCA.

The Top 10 finishes in the Oakwood-hosted meet:

The Top-10 finishes for the Piqua Invitational: