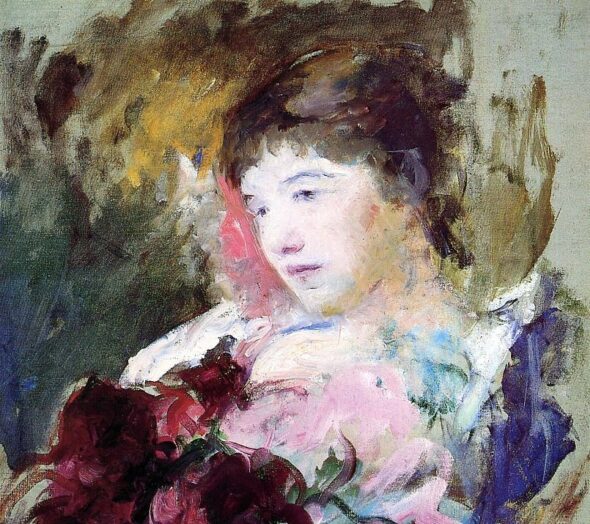 Some children are “old souls.” A light shines out of their eyes that comes from far away, or deep inside. Other children may be drawn to these old souls, or they may fear or shun them. And the old souls may fit uneasily into the social milieu of childhood.

This month’s poem poignantly evokes the dilemma of an old soul. “Little Jane Cormac,” written by Ben Cronan of Yellow Springs, imagines a scene in which the titular Little Jane feels alone and forlorn among her peers in an art classroom. Given the chance to paint with new colors, the other children do so with high-decibel, slightly deranged gusto. Little Jane, however, remains silent and still. She is absorbed in thoughts we can’t quite know, but can intuit.

Ben is a 2013 graduate of Ohio University who has lived in the village for four years. He is a poet, fiction writer and former library assistant. Now 35, he wrote “Little Jane Cormac” when he was just 20. He was trying to understand a friend of his, he told me, by reaching back into her imagined past to discover the roots of her discomfort and loneliness.

The result is a delicate poem of empathy and friendship. If you yourself were an old soul as a child, or simply out of step with other children, you may feel yourself seen and understood by Ben’s poem.

“All right children,” the art teacher said,
“Today’s the day you’ve been waiting for.
“You can paint with green and with red.”
All the children dug in, excited,
Scurrying about the room, so ill-lighted,
Splashing the paint about with an energy that seemed dire,
Or energetically obtaining their desire thru trading,
And, when that didn’t work, by way of ear-grating.
But Little Jane Cormac fixed her big green eyes
On a white spot of paint lacking all dyes.
Then looking at the children as they were plied,
Thought to herself, and heaved a deep sigh.

Art classrooms could or should be places of freedom, yet so often they are dense with rules and dicta. “You can paint with green and with red.” Why green? Why red? Perhaps there’s no reason, but these colors suggest “go” and “stop” — more rules! No wonder the children go a little berserk. At the same time, though, they seem utterly obedient to the game the art teacher has set in motion. The children don’t question its rules, but instead go about “energetically obtaining their desire thru trading” or, should that fail, “by way of ear-grating.”

The poem’s end-rhymes — did you hear them? — contribute to its atmosphere of controlled chaos, patterning our experience of its sounds. And they tie the poem to earlier forms, both poetic models from early last century and the enduring poems of childhood, nursery rhymes.

Little Jane, precocious, self-contained, stands apart from the fray. She seems frightened by the clamorous competition, daunted by the other children’s “energy that seemed dire.” Perhaps she’s a timid child, but it’s equally plausible that she’s an insightful one. With her “big green eyes” she sees, as the other children seem not to, the scene’s arbitrariness and conflict. She senses the coercive nature of the situation (with the children being “plied” — induced or bribed). And so she keeps her distance, inwardly.

One of my poetry teachers talks about a poem’s “center” — not its literal center, and not usually its thematic center, but some place in the poem that acts as a magnet or pivot, galvanizing or reorienting our attention. For me, the “white spot of paint lacking all dyes” is the “center” of Ben’s poem. The white spot is a place of lack, but also possibility. Difference, but freedom. And it is a place of rest or contemplation in the uproar of the art room.

There’s a tradition of the wise fool — or perhaps the old child — that “Little Jane Cormac” seems to invoke. The wise fool, like the fool in Shakespeare’s “King Lear,” is a figure of emptiness. He (or she) is marginal, without status, disregarded. Yet in all these “negative” attributes, the fool possesses a depth of insight that other characters lack.

I asked Ben if his poem was a kind of parable, and he replied that it was. “A parable of life,” he said. Life’s demands can be numerous, capricious, sometimes cruel. A child blessed or cursed with an old soul might accurately perceive this. She might sigh. Accepting the burden, or accepting the burden of not.

*This column originally appeared in the Feb. 27 issue of the News. To read other First Lines poetry columns, visit the archive page here.