Spirits of Christmas Past 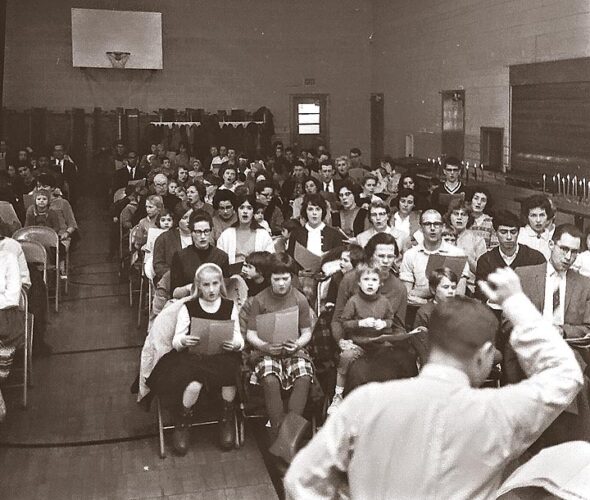 1963: Reported the week prior to the photo: “The annual community Christmas carol sing, from 4:30 to 5:30 Sunday at Mills Lawn School, will have the usual candlelight setting, relaxed atmosphere, and ‘all the carols you can sing in an hour,’ announces Joan (Mrs. Roger) Brucker, who is planning the event. The Community Council sponsors the annual sing, which in the past has brought together many of the community’s families, as well as other individuals of all ages. There is no admission charge. Joe Liebling will direct the singing this year, with Jean (Mrs. Harold) Putnam as piano accompanist.” Cutline from Dec. 24, 1963: “Candlelight carol sing Sunday drew wholehearted participation from a sizable audience. Most of those present came as family units.” 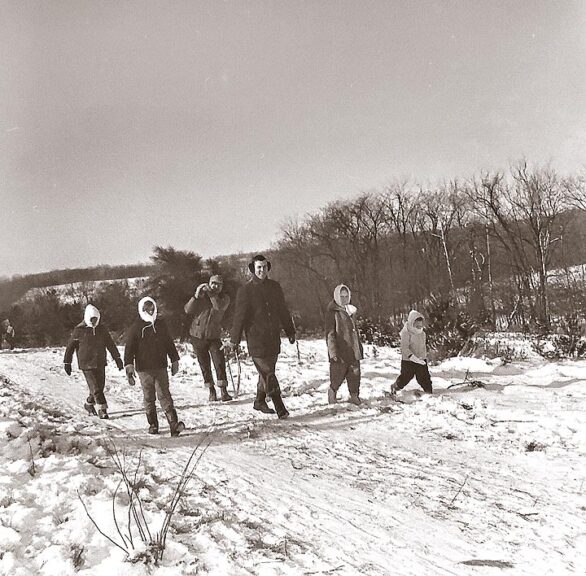 1963: “Christmas Tree Festival patron is Ernest Engle, carrying tree above. Engle daughters Peggy and Sue, left, helped Dad pick the tree. Others in the photo are Yellow Springs High School Principal John Malone and two unidentified young tree shoppers who strayed into camera range from the party ahead of the Engles.” 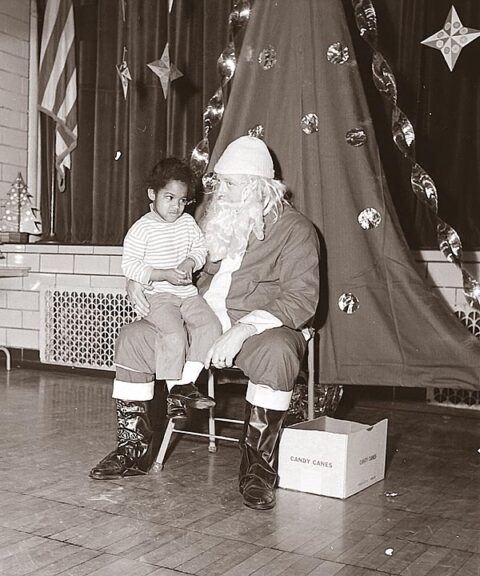 1970: No details or names were included in the negative for this picture. But it’s likely the photograph was taken at “Winterfest,” an arts and crafts fair held at the John Bryan Community Center. Organized by Arts Council Director Sandy Koerlein, the three-day event served as a “kickoff” for the community center, which had just transitioned from being the high school. In addition to the sale of arts, crafts and baked goods and Santa visits, a variety of children’s classes were held, and a children’s theater group performed “The Poisonous Mushroom,” directed by Lotte Stave. 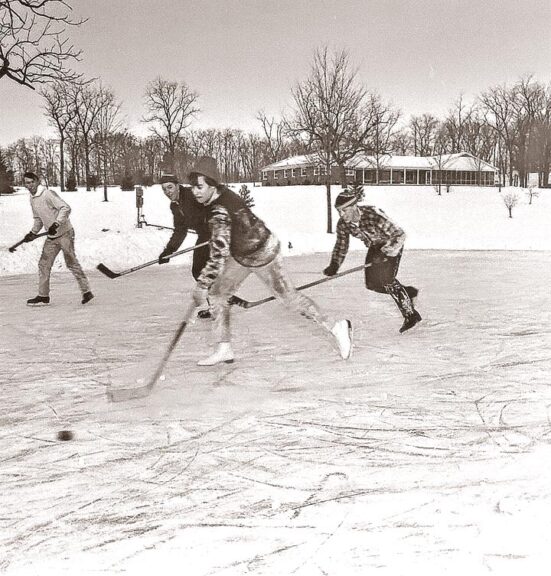 1963: “Winter Fun the past week has included skating for young and old including hockey games like that shown. Left to right are Gary Snyder, Wendy Dallas, Bill Cernetic and Helga Frank.” 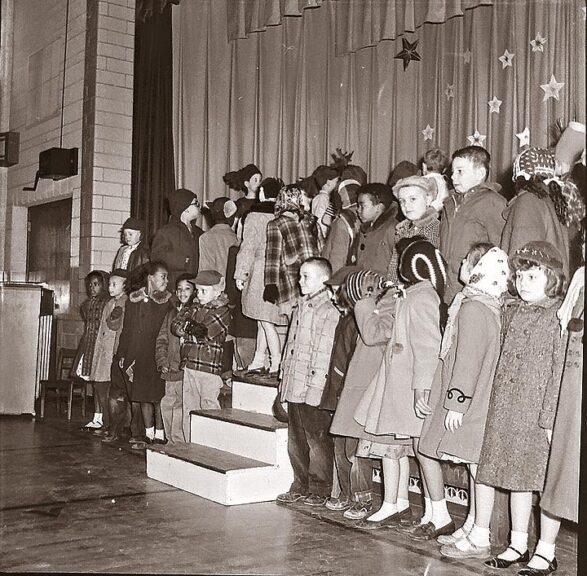 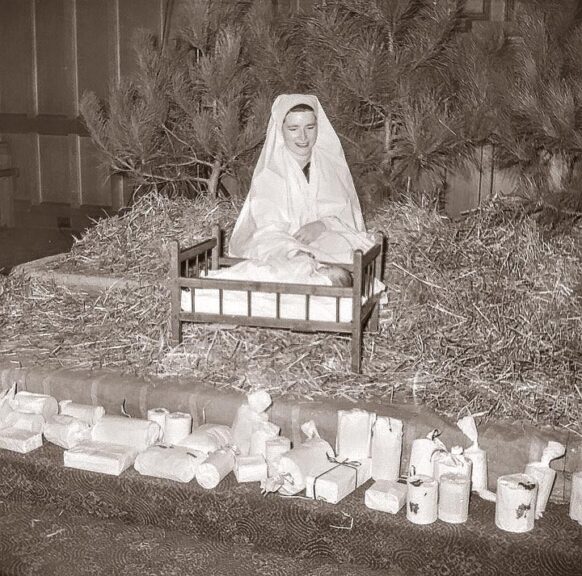 1955: “Madonna and Child were portrayed at the Presbyterian Church’s Friday service by Mrs. Charles Granger and Elizabeth Wheeler, three-month-old daughter of the Carlton Wheelers.”

Topics: , Christmas, History of YS, news from the past