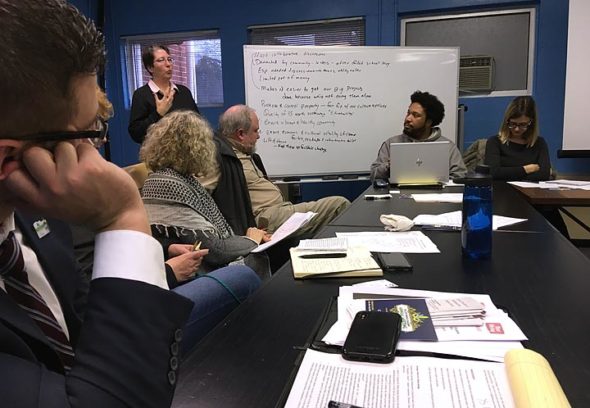 A new economic development organization started up in the village this year.

The group worked primarily on two activities: exploring the possibility of siting “an educational commons” on the Antioch College campus, and selling the former Miami Township fire station on Corry Street, which was set to be vacated after trustees and the fire department moved in November to their new facility across town. The group also helped distribute local coronavirus relief to businesses.

In December, the YSDC announced that it had sold the fire station to nationally known comedian and village resident Dave Chappelle, who intends to open a comedy club. The group approved the sale in September amidst several other offers and by a nearly unanimous vote. Chappelle’s plans call for a performance space, restaurant and two outdoor patios and a capacity of 140. No sale price was disclosed and the purchase is set to close within a few months.

YSDC member Patrick Lake led an effort to create an “educational commons” on the Antioch campus involving a collaboration of several local educational institutions, including the local schools and college, along with Agraria and the Community Children’s Center. The community foundation gave an initial grant of $15,000 for “site design and concept development.” In December, the group moved forward with soil sampling on the south end of campus. Another possible site, on the north side of campus near where the former student union is located, is also being eyed.

One Response to “2020 Year in Review: Yellow Springs Development Corporation”