The final candidates for the position of Yellow Springs Police chief are, from left, Interim Police Chief Paige Burge, who has been with the YSPD for two years since completing police academy; Selvain McQueen, a 26-year veteran of the Columbus, Mississippi Police Department; and Keith Salyers, most recently 24 years with the Bellbrook Police Department. (Submitted photos)

The finalists met with community members in a meet and greet on Tuesday, March 1, and interviewed with Village Council members in an executive session on Wednesday, March 2.

The News asked each of the candidates to submit a short biography and answer the following three questions about their policing vision.

1. Over the past five years, the YSPD has worked to decrease the number of citizen-police encounters for nonviolent offenses. How will that trajectory continue under your leadership?

2. The Justice System Task Force and The 365 Project co-authored the “Guidelines for Village Policing” document which called for policing that abides by four principles: safety-centered, resolution-oriented, locally minded and demonstrably inclusive. How will your work as police chief incorporate those principles?

3. Transparency in local policing has long been important to villagers, but has been particularly at the forefront of discussion around policing needs following a controversial police incident at an annual New Year’s Eve event in the first minutes of 2017. Since then, discussion of transparency has grown to include work toward a citizen review board and greater accountability from the Police Department in terms of active antiracism. How do you intend to ensure that local policing remains open to public scrutiny and focused on confronting racial biases? 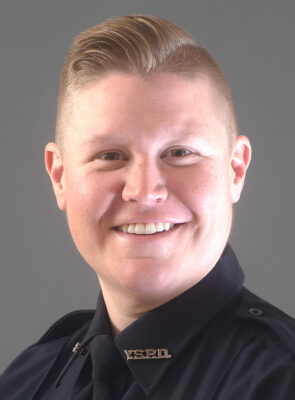 I obtained my associates degree from Eastern Gateway Community College in 2020. I have 15 years experience in the criminal justice field with the last three at the YSPD in various roles, including patrol officer, sergeant and now Interim Chief. My wife and I currently reside just six miles outside of town in Fairborn but I grew up a little bit of everywhere; born in England, moved to Washington D.C., North Carolina and eventually residing in several different cities in Ohio. At the start of my law enforcement career it was my dream to work for a community that aligned with my personal and professional goals, which is why I found myself in Yellow Springs.

1. As a member of the team that played a role in implementing these practices, you don’t fix what isn’t broken, but you can improve upon them. Our team will continue to approach every interaction with safety at the forefront. However, a part of my vision for the future of YSPD is to not only decrease non-safety issue interactions but to increase non-enforcement interactions. A fundamental part of community policing is the interactions officers and citizens have when both of them engage as two community members working toward a common goal versus two separate entities unaware of the other’s goals.

2. Every interaction is about safety, period. It is my belief that if the YSPD team keeps this simple perspective in focus, that we exist to keep the community safe, every other guideline for village police falls into place. To support this, officers will participate in activities that make them better peacekeepers, such as regular and frequent officer wellness and community engagement events. Healthy officers and healthy officer-citizen relationships will result in resolution-oriented outcomes and locally minded team members who engage positively with the citizens they serve in a way that is demonstrably inclusive.

3. I recently worked with a group of our community members to put together a proposal for the use of body-worn cameras, or BWCs. This group was a prime example of Peelian’s principle: “The police are the public and the public are the police” — community members working with police to reach a common goal. Justice does not often fit the mold of public opinion, but as leaders in law enforcement it’s our job to ensure we do just that. The introduction of groups such as citizen review boards and new technology such as BWCs provide necessary accountability tools that offer the community the transparency necessary to achieve police legitimacy. 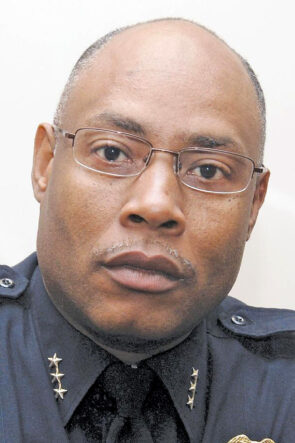 He has been decorated for saving lives in the line of duty, and was chosen Officer of the Year in 1997. He represented the State of Mississippi at the 10th annual Homeland Security celebration.
A 17-year veteran of the Detectives Division, McQueen served as the Training Academy director.

1. Current personnel will be monitored to ensure there are no indications of profiling of any kind. The best solution to this problem should take place during the hiring process. Potential candidates should be screened to ensure that they possess no biases rising to this level of concern. Polygraphs, voice stress analyzers and psychological examinations are useful tools in this effort. And if all else fails, and an officer is found to be in violation, I will make recommendations to the Village Mayor and Council concerning their misconduct. Officers will be held accountable for their actions!

2. A survey instrument would be developed to allow current officers to know how they are performing in the public eye. We would also meet with village citizens to determine their concerns. Afterwards, we would make any changes or modifications as deemed necessary. Addressing safety issues within the community will be a major concern. The police department is not at war with the citizenry. We are all in this together. We will either sink or swim collectively. We will move from a warrior mentality to a guardian mentality.

3. Police are public servants and must engage more. Crime is only one element of policing. People now want to see the presence of justice within communities. Policing strategies must change as well as police and public mindsets. Everyone has some kind of bias, whether it’s gender, race, political affiliation, sexual orientation or something else. Training and awareness is the key to managing it, so that it doesn’t impact our jobs. We must sit down and come up with solutions for all stakeholders. To the community, I promise an open, accountable, accessible police department responsive to your concerns. I hope that, someday, all of the citizens will be willing to suspend judgment when a critical incident takes place until all the facts are in. Treating you with dignity and respect will be our down payment on earning your trust. But you must do your part. The Yellow Springs Police Department needs your support and acceptance. 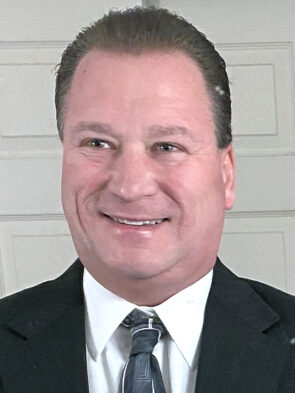 My police experience of 32 years began in 1990 with West Carrollton Police Department. I was at Madison Township Police Department for two years before seeking the small-knit community of Bellbrook. I spent 24 years at Bellbrook, where I was a patrol officer, detective, field training officer, officer in charge and sergeant. After corporate policing at UC Health in Cincinnati for two-and-a-half years, I’m looking forward to community policing. I have honed abilities in crime scene processing and criminal investigation, a large range of administrative responsibilities providing a solid foundation for the police chief position.

Resolution-Oriented: Solutions situation approach to be equal and unbiased to be neutral and reach a fair resolution.

3. How to Incorporate: My responsibility to oversee daily operations and ensure policies accountability.