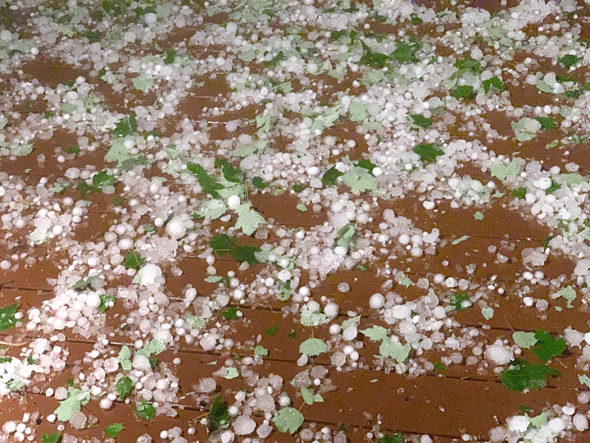 Extreme weather on Monday evening, May 27, put a damp and scary ending to the Memorial Day holiday weekend.

Around 11 p.m., village tornado sirens sounded the alarm, and the Emergency Alert System broadcast warnings of a weather emergency in several counties, including Greene, and that residents should seek shelter immediately. At least one tornado had been spotted touching down to the west of the village. 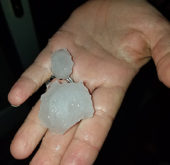 Minutes later, Yellow Springs was hit by fierce winds, heavy rain, and later, hail, ranging in size from mothballs to golf balls. Fields, yards and basements were flooded as the village racked up about three inches of rain in one hour.

By 12:45 a.m., the storm had moved on to the north east, and left behind a waterlogged, hail-damaged, but mostly unaffected scene.

Read a detailed report of the storm and its consequences in the May 30 issue of the News.