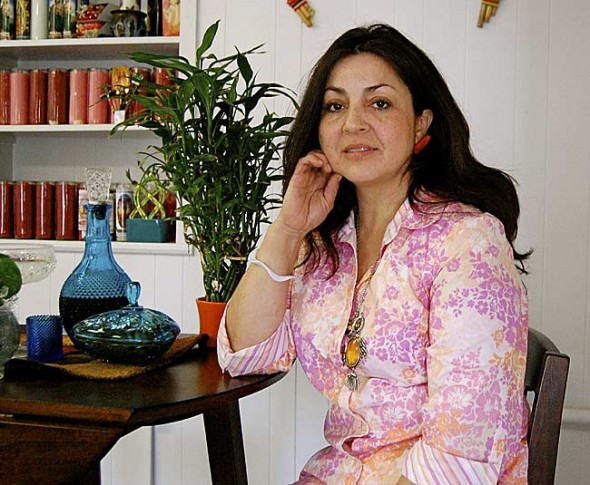 Glenda Prado had always been skeptical of shamanic healing practices. As a child growing up in Ecuador, she had watched her mother and grandmother use plants and herbs for medicinal and spiritual purposes, yet she refused to adhere to their vocation.

“I didn’t believe it,” Prado said. “I thought it was foolish — my mother working with shamanic herbs.”

She would later change her mind after working as a young missionary in an Amazonian village in neighboring Peru. While there, she saw villagers use a combination of plants and traditional chants to restore a crippled boy’s ability to walk. “He went from being crippled to walking the next day. Those people have the knowledge and they know about nature,” she recalls. The experience removed her doubts. Prado began learning about the thousands of plants unique to the Amazon. With that knowledge, as well as her childhood memories, she began to offer her own spiritual cleansing services to others.

In April, she opened Botanica Pusanga at 108 Dayton Street. The small shop, which is just around the corner from Yoga Springs Studio, is meticulously organized. Every item seems to have been carefully shelved or placed around the space. There is no clutter or very much furniture, for that matter. There are two chairs by the door, one slender table and two stools. At the back of the shop is the kind of scoop-necked sink that is usually seen in a hair salon.

The faithful attention to detail is indicative of the reverence paid to each object. A good friend of Prado’s who is a tarot card reader and shares her knowledge of the healing arts ships all of the plants from Peru. The plants are kept in special pots and jars. Each one has a specific objective. Honeysuckle, for example, is used to bring sweetness and nurturing to one’s life and the bamboo stalks function like thermometers of energy, indicating when an environment is positive or negative.  The basket of fruit on the ground in the left corner is an offering to Santa Barbara or Caridad del Cobre, an important icon in Santeria, a Cuban religion that synchronizes Catholicism and the beliefs of the Yoruba people of West Africa. On an alter above the fruit stands a statue of the saint.

“When she does her work for you, you give her an oferenda,” Prado explained using the Spanish word for offer. “Usually when you ask for something, she gives it to you right away, but you have to have faith because you cannot ask for something if you’re doubting it.”

The former schoolteacher also delivers when she is asked to grant customers’ wishes. Frequent requests include finding new love and winning back spouses and significant others and it is not incidental that the name “pusanga” comes from a perfume that is designed to make its wearer more appealing to the opposite sex. In fact, Prado makes no qualms about the fact that she uses spells to accomplish these feats. “I know that people aren’t allowed to use that word,” she said. “It makes people think of the 1800s or something and they want to throw stones.”

In spite of the stigma that often follows those who practice her profession, Prado believes that Yellow Springs is the kind of place where Botanica Pusanga can be accepted or, at least, understood. The single mother said it was the openness of the community that first attracted her. She moved to the town shortly after moving to Ohio nearly a decade ago. Previous to that, Prado lived in New York City. She arrived in the U.S. in 1992.

“Before I used to just stop by this town and I thought that it was beautiful — free,” she said. “I am very independent and outgoing and I knew this was the place for me.”

Prado would like to encourage those same attributes in other women. “I love to help women because women sometimes have more troubles,” she said. Although she does not deny the many women who come are hoping to hold on to a straying or distant love, her hope is to help the women use her resources to find an inner-strength and live happily with or without a man. Prado added, matter-of-factly, “Women will come in when their husbands or boyfriends leave and you have to offer them a little bath to calm them down. Once they are calm, they can focus on what they really want.”

But Prado insists that she is not biased against men and offers her services to them as well. For more information about Botanica Pusanga, call 522-5602.