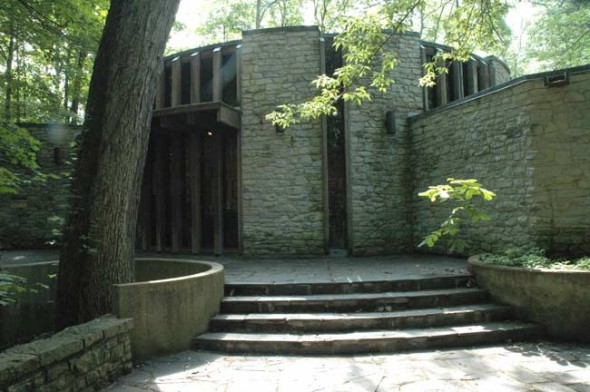 Antioch College recently announced that it received federal stimulus funds to retrofit the Glen Helen building, above, for energy efficiency.

Antioch College was one of 13 Ohio institutions of higher education to receive federal stimulus funds to upgrade facilities to be more energy efficient, according to a June 10 press release.

“These projects reinforce Ohio’s commitment to energy efficiency,” according to Governor Ted Strickland in the release. “The awards announced today strengthen all sectors of Ohio’s economy to create jobs and lay a foundation for Ohio to lead the nation in the efficient use of electricity. We appreciate President Obama, and the members of Ohio’s Congressional delegation who supported the Recovery Act, for their commitment to job creation in the growing energy industry.”

The college received $289,887 to retrofit the Glen Helen Ecology Institute building and to install a ground-source, 29-ton heat pump.

The Ohio Department of Transportation also received $1,662,500 in stimulus funds for the installation of renewable energy and energy efficiency technologies at a variety of rest areas on interstate highways. Altogether, the state received $25 million through the Energy Efficiency and Conservation Block Grant program.

One Response to “College gets stimulus funds”