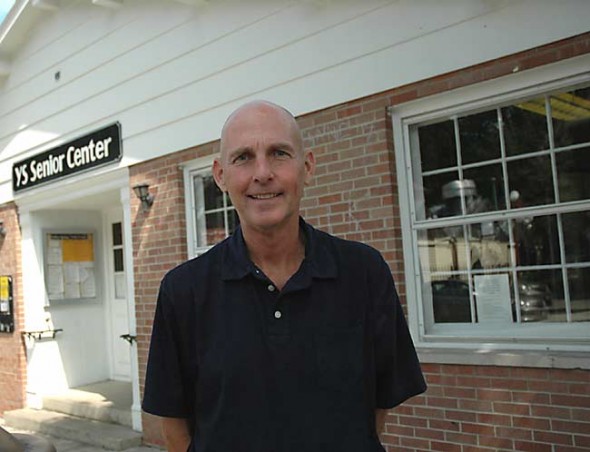 With 20 years of experience in historic preservation and nonprofit management, local resident David Scott took on the position of director of the Yellow Springs Senior Center last week. He began his job on Monday amid the sounds of the drills and hammers that are refashioning the center’s interior a bit and speak of other change that may be in store for the organization.

Scott grew up in the village and graduated from both Yellow Springs High School and then Antioch College in the early 1970s before starting and running the Emporium for several years. After earning his master’s in historic preservation from Eastern Michigan University, he served as the executive director of several historic preservation organizations, including Historic Wilmington Foundation in North Carolina, the Historic Hawai’i Foundation and Preservation Delaware, Inc.

Scott sees his job at the Senior Center as an extension of his work as a preservationist in that both are about strengthening community and helping to maintain a sense of place by engaging the residents who live in it. While he plans to help the organization to continue doing what it does well, serving local seniors, he also hopes to expand the organization by harnessing the talents of the ever growing community of baby boomers. By connecting with the newly retired who are still full of energy, he aims to provide a wider group with opportunities to help keep Yellow Springs a vibrant village, he said.

Scott replaces Rodney Bean, who retired in May after serving for 10 years as director of the Senior Center.

Read more on this story in next week’s print edition of the News.