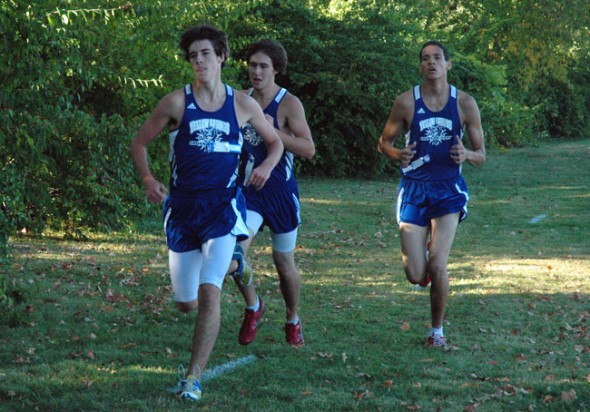 At the front of the pack after the first mile at Thursday's cross country meet were Zack McHugh, Gabe Amrhein, and Nerak Patterson. (Photo by Megan Bachman)

The boys team missed a perfect score by one point and won the meet 16–31 to improve their season record to 105–38. Placing in the first four positions were Gabe Amrhein, Zack McHugh, Nerak Patterson and Mitchell Brickson, with Nathaniel Reed coming in sixth. 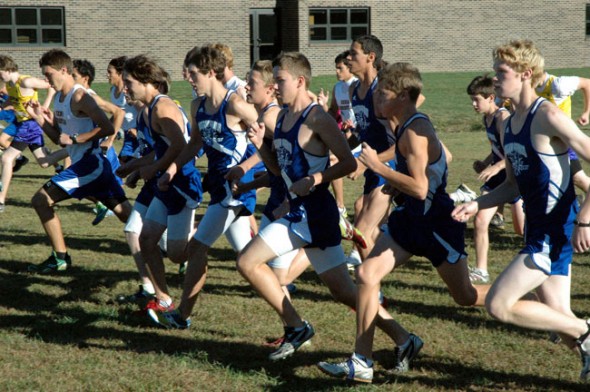 The Yellow Springs High School boys cross country team takes off from the starting block at their home meet on Thursday. (Photo by Megan Bachman)

Lois Miller led the Lady Bulldogs with a second place finish, followed by Christina Brewer, who came in seventh. Overall, the team came in second out of three teams. Also running well were Hannah Kumbusky, Alex Beer and Olivia Ramage.

See the Oct. 14 issue of the News for more sports coverage.