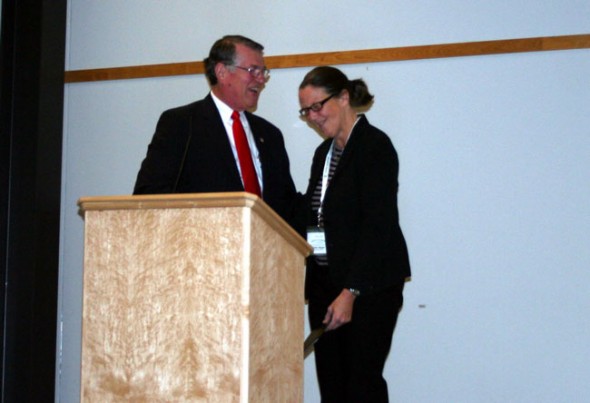 At the Ohio Annual Farmland Preservation Summit last Thursday, Nov. 18, the Tecumseh Land Trust’s executive director Krista Magaw was named an Ambassador of Ohio Agriculture for her nearly 10 years as director of one of the state’s most successful land trusts.

She also received the honorary title, one of three ever awarded, for advising the state on farmland protection policy and championing smaller land trusts throughout Ohio.

“It was a recognition that although she serves two counties, she really helps the whole state,” said the land trust’s associate director Michele Burns.

In addition, in 2010 the Tecumseh Land Trust was Ohio’s top recipient of federal funding from the Farm and Ranch Land Protection Program, a division of the U.S. Department of Agriculture’s Natural Resources Conservation Service, according to statistics just released from the agency. 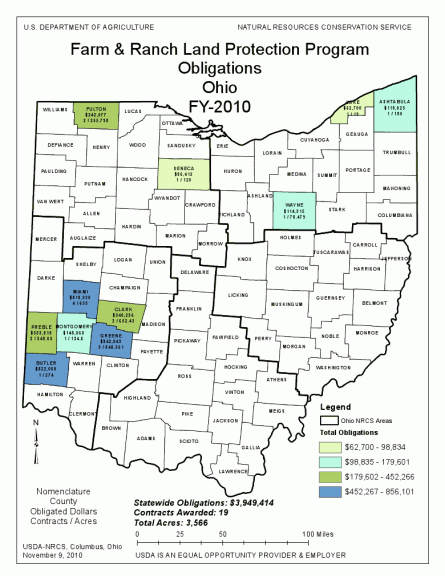 The Tecumseh Land Trust applied for and received $1.2 million from the program to purchase five farm easements in Greene and Clark counties. Greene County was the largest recipient of these federal funds, at around $843,000.

See the Nov. 25 print edition of the Yellow Springs News for the full story.