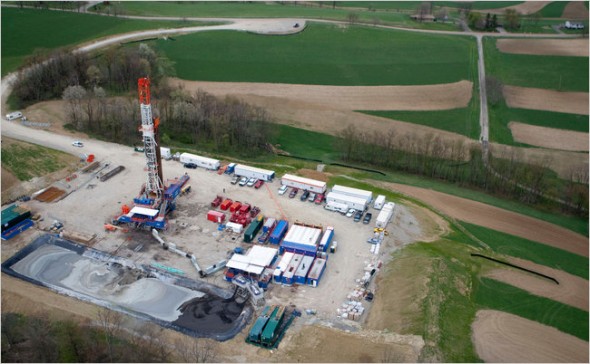 The prospect of oil and gas drilling in the area is raising worries among some Yellow Springs residents because of a controversial drilling technique called fracking. What does the fracking process entail? And why are some citizens concerned about water contamination and air pollution while oil and gas companies and government regulators maintain the practice is safe?

Green Environmental Coalition is hosting a public meeting on 2 p.m. this Saturday, Feb. 12, in the Glen Helen Building to discuss how residents might prevent fracking in the area.

Nationally, fracking opponents are gaining ground. This week the city of Buffalo banned all natural gas extraction in the city, joining Pittsburgh, which last November  prohibited fracking. New York state issued a moratorium in December on combining fracking with horizontal drilling while environmental and safety issues are studied.

With fracking (the formal name is hydraulic fracturing), water and chemicals are injected at high pressure to break up rock reservoirs so more oil and gas can be extracted. Though a 60-year-old technology that is used in 90 percent of all oil and gas wells drilled today, fracking is increasingly used to extract oil and gas deposited in deep underground shale using modern-day horizontal drilling, where wells are drilled at an angle to access more source rock.

Most oil and gas exploration is taking place in the eastern Ohio, located in the Marcellus and Utica shale formations that have begun to yield huge amounts of natural gas, and large companies like Chevron and Chesapeake Energy, one of the largest gas producers in the nation, have started leasing land. 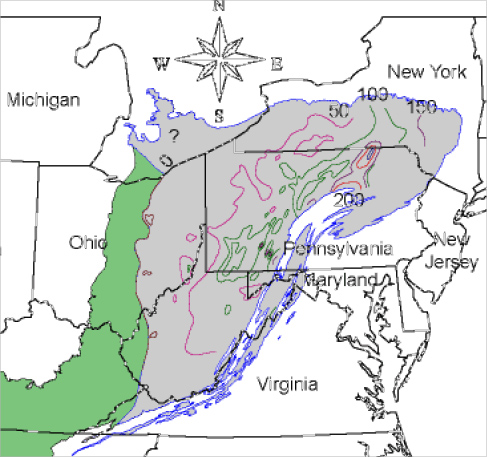 So what are the problems with fracking? Opponents worry that the chemicals used to frack will contaminate underground aquifers. They also cite excessive water use—since four to nine million gallons of water are injected each time a well is fracked—and wastewater pollution and air pollution from open air wastewater pits. To emphasize the dangers, opponents point to a case in Bainbridge Township in Northeast Ohio where a house exploded in 2007 when natural gas from a gas well 1,000 feet away migrated into the home due to over pressurization of the well’s surface casing, investigators determined.

But geologists at the Ohio Department of Natural Resources’ Division of Mineral Resources Management, which oversees fossil fuel drilling and fracking, maintain that no groundwater contamination has taken place in any of the 80,000 fracked wells in Ohio, and that strict state regulations mandate cement casing within a well to isolate underground aquifers from the fracking taking place several thousand feet below them. Also required are proper wastewater disposal and site remediation when wells stops producing.

At the Ohio Department of Natural Resources Mineral Resources Division are the state’s regulations concerning fracking and an interactive map of all oil wells in the state: http://www.ohiodnr.com/tabid/10352/Default.aspx

What do you think about fracking? Make your voice heard by commenting below, and writing a letter-to-the-editor of the News.