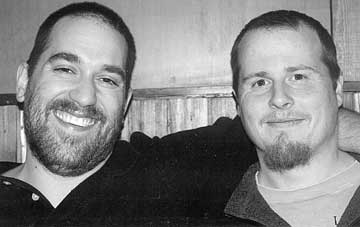 Yellow Springers Sean Devine and Matthew Morgan are working on a new film.

Former village residents cause a stir with new film project

Filmmakers Sean Devine and Matthew Morgan hit upon a subject many people found fascinating last week when they announced the subject of a new film they are making. The film’s working title, “Feet Off the Ground” is an exposé on the “suspension community” in the Portland, Ore. area whose members practice suspending themselves in the air by their skin.

A YouTube video of a clip showing a hot air balloon suspending a man by hooks through his skin over Mammoth Lakes, Calif. went out last Sunday, and by Tuesday, the clip had over 60,000 hits. The level of public interest surprised Devine, who said that a week ago he was just part of a little known independent film company that made movies for nonprofit organizations and socially minded causes. This week, however, Google Precarious Egg, and there are pages on pages of hits connected to his film clips and the subject of Egg’s recent release.

The filmmakers, both graduates of Yellow Springs High School and Antioch College, along with Sean’s wife and business collaborator, Cory (Hammons) Devine (also a YSHS graduate), started their multimedia production company, Precarious Egg, in Yellow Springs before moving to Portland. In 2009 Devine and Morgan were deeply involved in another documentary on stem cell science when they met a man from the suspension community who captivated their interest, Devine said last week from the company’s current home in Portland, Ore.
Clips of the film can be found on YouTube. Some of the images may be difficult for young or sensitive viewers. 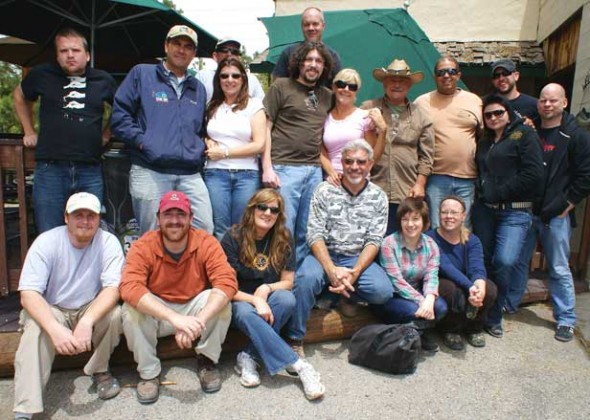