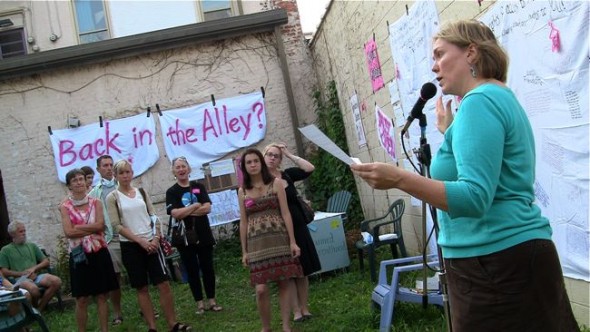 VIDEO: Back in the Alley pro-choice rally in YS

“It’s not just abortion. The spectrum of reproductive rights and the ability of women to protect their health is threatened,” Jones said.

“The alley is where we’re going to end up if these bills pass,” said Askeland, referring in part to the so-called Heartbeat Bill, House Bill 125, which earlier this year passed the Ohio House of Representatives. Federal legislative challenges to Roe versus Wade are also making their way through Congress, Askeland added.

See the Aug. 18 issue of the News for the full story.

One Response to “VIDEO: Back in the Alley pro-choice rally in YS”