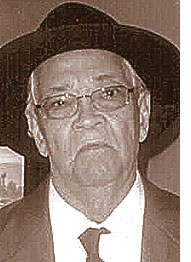 Terrence Lloyd Allen of Springfield died Oct. 17 at Friends Care Center in Yellow Springs. He was 85.

Lloyd was born Jan. 26, 1926, the son of Lloyd and Maude (Johnson) Allen in Christiana, Manchester, Jamaica. He had been employed as a group leader at Vernay Laboratories Inc.

Lloyd laughed often and made others laugh much. He had the respect of intelligent people and the affection of children. He earned the appreciation of critics and withstood or endured the betrayal of false friends, especially those who came to him in times of need. He appreciated beauty in all its forms and found the best in others. He leaves the world a bit better whether by a healthy child, a tomato plant or a garden patch. Many lives have breathed easier because he loved. He succeeded as an immigrant from Jamaica to become a fixture in Southwest Ohio. He will truly be missed.