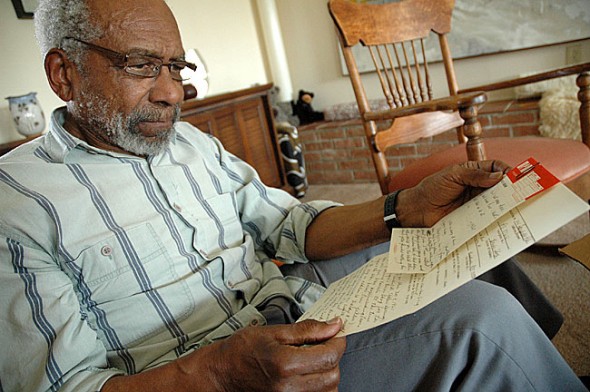 Fifty years ago this month, African-American villager Paul Graham walked into Lewis Gegner’s barbershop on Xenia Avenue, sat down in his barber chair and asked for a haircut.

“I can’t cut your hair,” the white barbershop owner replied, according to Graham’s account. “I don’t know how. That’s all there is to it.”

That day Graham filed a complaint against Gegner’s discriminatory practices with the Ohio Civil Rights Commission in a case that reached the Ohio Supreme Court.

The historic moment was part of a 20-year effort to desegregate Yellow Springs, which escalated to the dramatic 1964 confrontation between police and protesters picketing Gegner’s shop  —  an event that landed 100 people in jail and thrust Yellow Springs into the national spotlight during the height of the civil rights movement.

Soon after the confrontation, Gegner sold his shop and moved out of town, and the Supreme Court refused to hear Graham’s case. Gegner had never consented to cut a black man’s hair when pressured.

Today, the villagers and Antioch College students who participated in the Gegner actions look back on the incident with a mixture of pride and disappointment, and draw lessons from a struggle which both defined and divided the community.

“It became apparent that Yellow Springs wasn’t the type of community we thought it was,” Graham said.

See the Nov. 24 issue of the YS News for the full story. 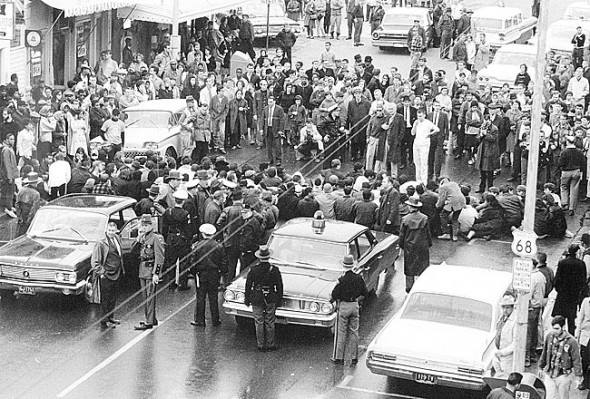 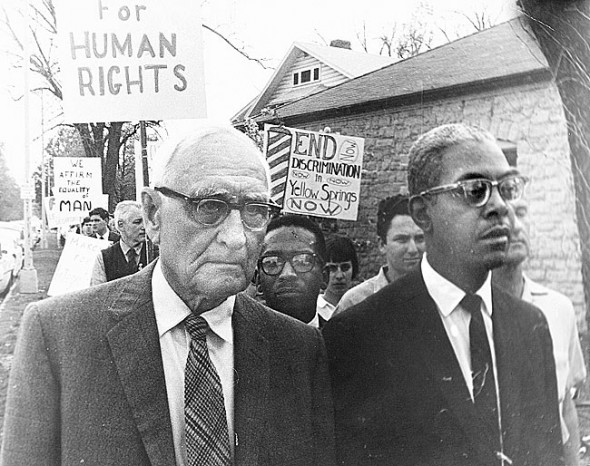 From left, Arthur Morgan, Paul Graham, an unidentified man, Walter Anderson and Hardy Trolander (partially hidden) led a march through Yellow Springs in May 1963 to protest discrimination at Gegner's Barbershop. More than 550 people participated in the march. (Photo courtesy of Antiochiana) 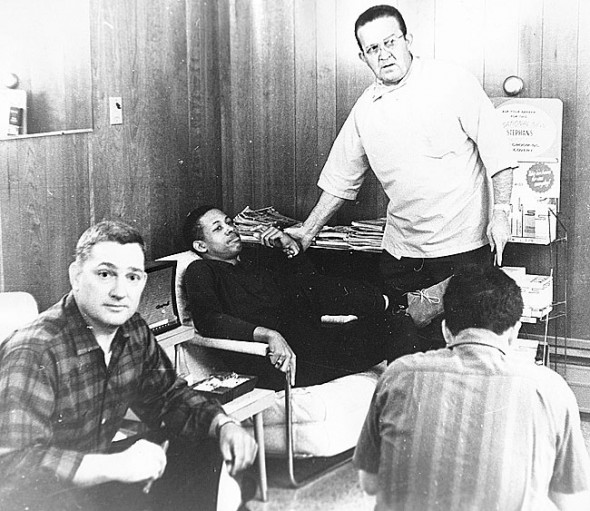