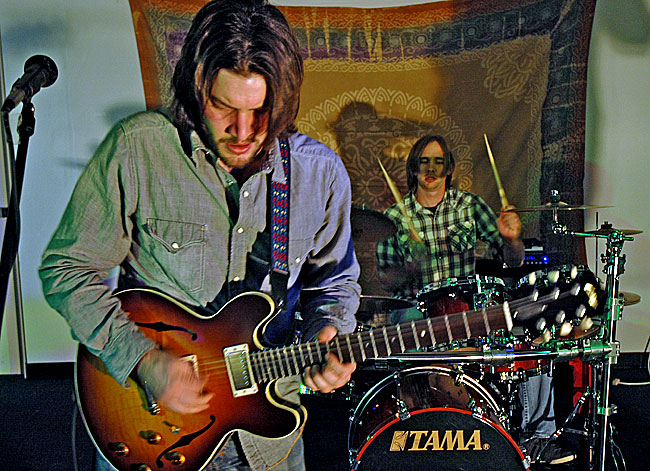 Guitarist Jeff May and drummer Terry Butts are two members of the funk rock band Grover. (Photo by Megan Bachman)

BLOG — Grover’s got the funk

On the fringes of the jam band scene, local rock quartet Grover, blending funk, soul, and jazz, is a down and dirty rock band that comes across unpolished and “garage” as much as they do highly-skilled, almost veteran. Their music is fresh and fun, energetic and playful, but with a mission.

The guitar reverbs and bass lines groove like funk, the vocals are soulful, and the solos take the songs to a higher plane. Because even with much improvisation, “every note has a purpose,” explained band member Tommy Emmrich.

Leader Jeff May, a Yellow Springer who used to play with the local band Magic Jackson, amassed a new group of players late last year: multi-instrumentalist Mike Bisig, drummer Terry Butts and bassist Emmrich. But as often happens, the whole has become greater than the sum of its parts. The band views itself as a collaboration and each player has his role. May said he’s the band’s reluctant leader and loose cannon — sonically, his guitar is like a paintbrush, the tones colors of a painting.

“I look for every song to be a vessel to deliver the best tone,” May explained of his high musical motives. More simply, “I love the way a guitar sounds through an amp,” he said.

Bisig, who plays the saxophone and flute, among other instruments, is sometimes rhythmic support for May, sometimes lead, and, in the words of fellow band members, “takes up a lot of space” in the band’s music. At drums, Butts is the “keel of the sailboat,” calm, confident and authoritative, band members said. Tommy is “the drive.”

Together, the funk rockers blast a sound that defies a single genre or even a fusion.

“The lines are being blurred,” May said of today’s genres and subgenres. “First and foremost we’re about quality music. We strive to produce a product we’re proud of.”

A Grover song never sounds the same twice. Improvisation during their pieces is about “keeping it fresh,” creating a “loose feel,” band members said. Added May, “we jam to get the hippies.”

“There’s definitely an element of human error in our music,” May explained. “It makes it organic and let’s something evolve.”

What evolves are freewheeling and confident party jams and ballads that are lush and sensual. They have original songs about steam engines and poodles and a reggae tune about smuggling drugs. 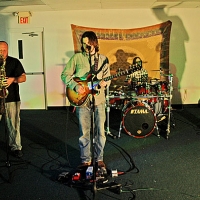 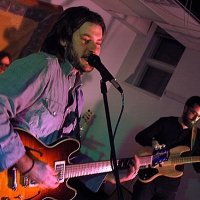 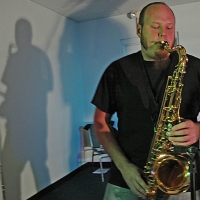 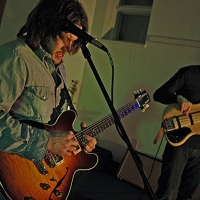 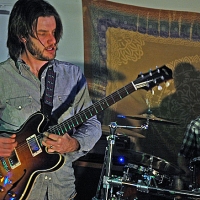 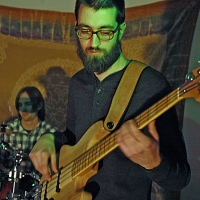 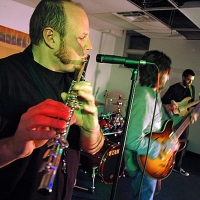 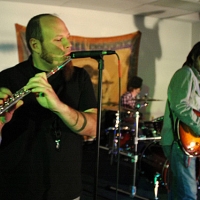 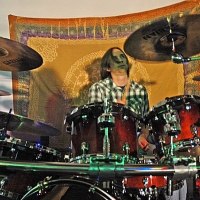 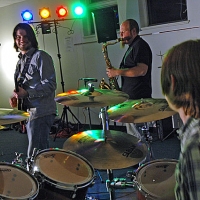 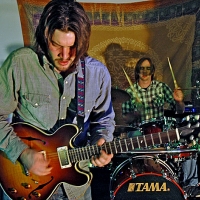 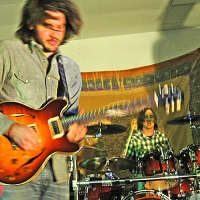 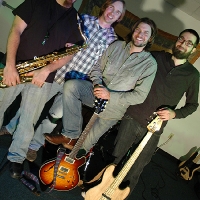 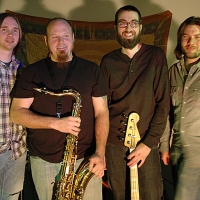 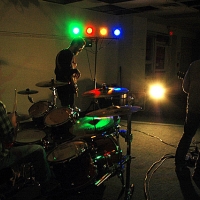 Their influences range from the New Master Sounds, a retro-soul U.K. group, to the swaggering rockers The Black Crowes, to jazz saxophonist Cannonball Adderley, to jam bands like Grateful Dead and Phish, they said.

The bands on their iPods are even more diverse, but the music they most frequently listen to is their own. Grover is relentlessly recording their shows — and their practices — to hear what’s working and find ways to improve.

On the name, “Grover sounded gritty, funky and dirty, kind of like our music,” May said. “I love the way the word sounds, more so than what it means.” Even though Grover is no Muppets reference, though, “he is a cool Muppet,” May acknowledged.

Grover plays Canal Street in Dayton this Friday, Feb. 24, at 8 p.m. and next month at Peach’s Grille, on March 24.