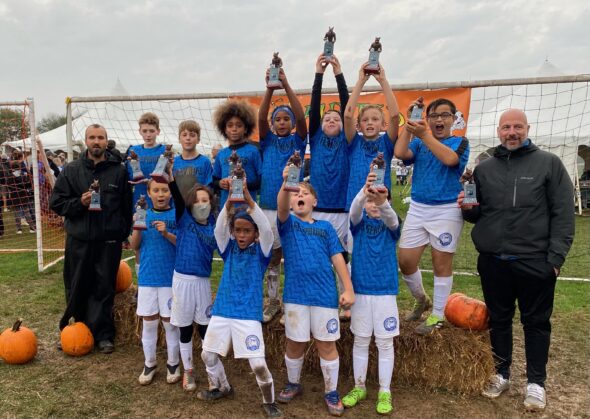 The FC Springs Boys U12 team competed in the Haunted Classic B12 Green Division Soccer Tournament in Beavercreek over the weekend and won the Green Division Championship. It is the first tournament championship for the U12 FC Springs team, who earned their way to the final game with a 2–0–1 record in group play.
FC Springs found themselves facing a two-goal deficit early in the championship game against Pacesetter South Boys Red team, from Findlay, but battled hard to draw even at three goals each by halftime. Midway through the second half, tied once again at 4–4, Springs goalie Nico Sajabi successfully stopped a PK attempt. Invigorated by the play, the Springs boys rallied together and turned on the pressure to finish with a 6–4 victory.