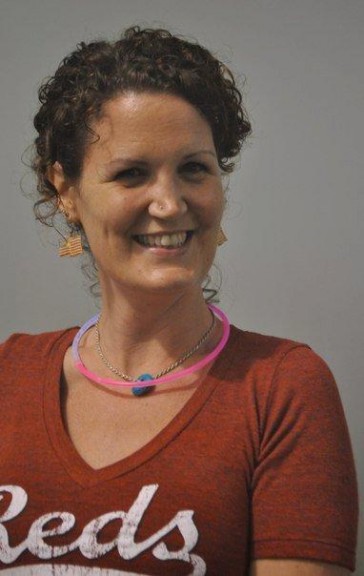 A benefit for YS native Jennie Hudson will be held Saturday, May 26, noon to 2 a.m. at Peach's Grill. (Photo by Brett "the vet" Ellis)

When Peach’s Grill owner Don Beard first asked Jennie Hudson if he and some friends could plan a benefit for her, the answer was an emphatic, “No.” Having recently been diagnosed with stage three colon cancer, Hudson thought it might be selfish to focus on her own plight when, as she said, “I’m not the only one suffering.”

According to Hudson, it was her mother who changed her mind, convincing her to accept and revel in the love and support that was coming her way. And so, Beard, along with wife Christine Monroe-Beard and local veterinarian Brett Ellis, who hatched the idea in the first place, set about putting together a benefit.

What they’ve planned, as it happens, is an all-day musical extravaganza featuring a line-up of local acts eager to share some love with Hudson; says Monroe-Beard, “Honestly, most of the bands have at least one member who is a friend and supporter of Jennie.”

The fun begins at Peach’s on Saturday, May 26. Mike Smith and Rob Heiliger will kick off the afternoon’s events at noon, followed by The Emma Woodruff Band at 1 p.m., Rob Heiliger and Friends at 3 p.m., The Rebel Set at 5 p.m., Mavis Perley featuring Brett Ellis at 7 p.m., and Love or Drugs taking the stage at 9:30 p.m. Admission is by a suggested donation of $5.

Though initially reticent, Hudson looks forward to the event, and has even found a way to bring some of the benefit of the event to other cancer patients. She was recently invited by a co-worker at Eastway Behavioral Clinic, where she works in mental health and recovery, to participate in the Oakwood Relay For Life event on July 13. Sponsored by the American Cancer Society, Relay For Life supports cancer research and to support cancer patients. Participants raise funds and take turns walking a track for the duration of the overnight event. Jennie will be accepting donations for Relay For Life during the benefit. “Look for the purple buckets,” she said. Anything collected in those buckets will be donated by Jennie’s relay team. “I’m not the only one going through this,” said Hudson.

This realization seems to have both surprised and grounded her. Recently, said Hudson, she was at an Avett Brothers concert, and people kept noticing the bulky portacath (a medical device installed under the skin to administer chemotherapy treatments) under her shirt. “They kept coming up to me and saying, ‘Excuse me, but if you don’t mind me asking, what type of cancer do you have?’ It occurred to me that they must know what a port is because they’ve been through it; they must know because a loved one had it. It’s a sobering thought.” The pervasiveness of cancer, said Hudson, is why it’s easy for a community to rally around someone suffering from it. “Everybody knows someone who’s had it these days,” she said. “It’s so common. A friend of mine told me, ‘You know, cancer’s like chicken.'”

Hudson-Beard hopes that the Yellow Springs community will turn out in strong number to rally around the cause this weekend. “We do a benefit every year it seems,” she said. “We are happy to help our community members when we can.” As for Jennie, Monroe-Beard said, “[She] is such a genuinely kind, giving and loving person. She is usually the one giving, helping and loving, so everyone here is more than happy to assist her in any way.” Those who can’t attend, but who would still like to contribute, “can always donate to a manager or bartender here at the Peach and we will forward it to Jennie,” said Monroe-Beard.