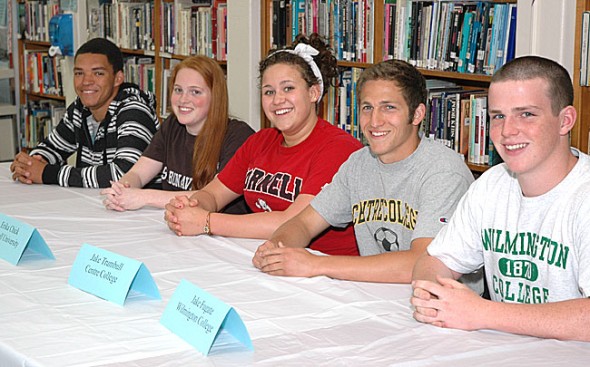 Even though there was only one YSHS varsity football game this year,  Fugate managed to score a spot on the Wilmington College team. Fugate played hard when he had the chance and never gave up, according to his junior high and high school coach, Craig McCann

Truss, a high jumper who narrowly missed a state appearance last year, will also play at Wilmington College. Last week Truss secured his spot in regionals in the 100- and 200-meter dash and the long jump, where he was the district champion.

Read the full story in next week’s News.