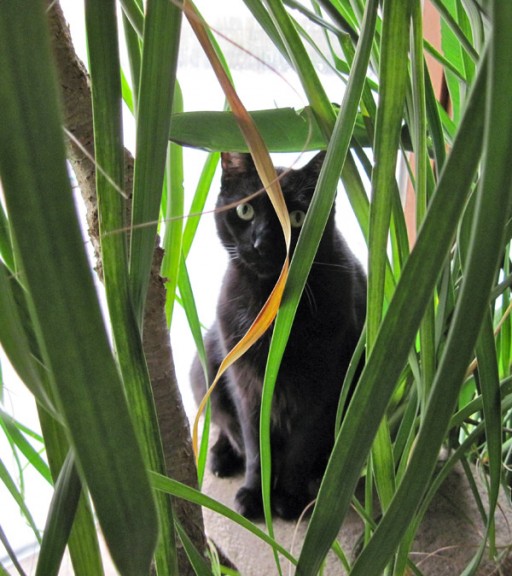 "Hobbes hides", submitted by Robin Suits, is the winner — by a hair — of the Yellow Springs News's People's Pets photo contest. The runners-up are pictured below.

Animal magnetism on the ’Fridge

What have we gotten ourselves into? That is what I’m wondering, as I look at all the wonderful submissions of animal companions. I am the de facto animal photo judge here at the News — well, actually only tabulator. And it is my thankless task to tap the winning picture, the one which most people voted for, the one with the highest rating.

Thankless it is, that in the process of declaring a winner, I have to make others losers, as our competitive nature has it.

The thing is, we are so attached to our animal companions, that often the picture becomes the pet. So, a choice between two photos is not a statement of aesthetics but a judgment of character. In effect: your dog is beautiful; your cat, not so much.

So thereby I declare — in true Yellow Springs fashion — everyone a winner. Except some people won more than others. And without further ado, here’s the results of this Community ’Fridge:

The top vote-getter with the highest ranking goes to “Hobbes hides”, by Robin Suits, one of our earliest contributors. Hobbes’s hiding will be undone with the publishing of his photo in an upcoming issue of the News.

A very close second goes to “He came in through the bathroom window!” by Lisa Russell.

Third-place — a virtual tie with second — goes to the most recent submission: “Lola…simply lovin’ life!” by Gina Hayes.

The runners-up Include “Kira Celebrates Her 18th Halloween” (fourth place) by Donn Steinhilber; and fifth place ties the mysterious “Blue cat on a pole” by Frank Doden with Steinhilber’s up-close “Louie Cat”.

I could go on and on, mentioning Linda Rudawski’s tender “The Kiss”, the documentary-like moment in “My Friend Grace and My Dog Weed” by Aileen Leblanc, and the evocative “Cody on the river” by Robin Suits.

I could also mention that people with a large pool of friends might easily overwhelm our primitive voting mechanism, skewing the stats. But instead, on behalf of the News, I want to thank everyone who participated, congratulate the so-called winners, and encourage you all to once again look at the wonderful sampling of our townfolk’s four-legged companions.

Below are the five other top vote-getters. And be sure to click here to view the entire gallery again. 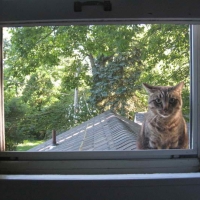 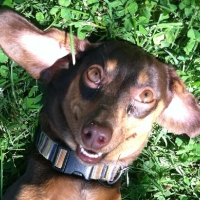 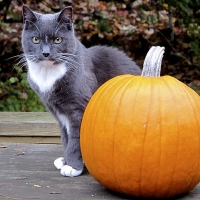 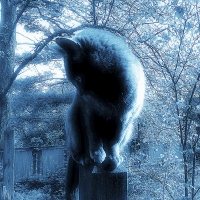 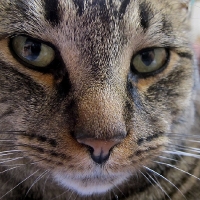