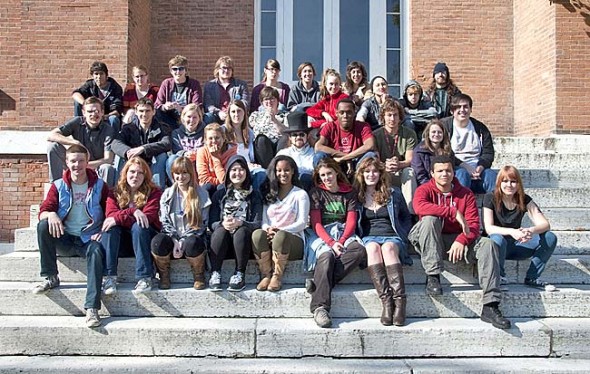 Two years after gaining its independence and one year after welcoming its first class, the revived Antioch College seemed to be moving forward according to plan, as college leaders appeared to successfully meet the huge challenges inherent in launching a new liberal arts college.

Antioch College faced a “happy crisis” in winter 2011 when news of its tuition-free Horace Mann fellowships went viral, several weeks after the college trustees agreed to extend the fellowships to its first four classes. Within hours the news spread on the Internet, and on Friday, January 27, the college Website had 53,000 visitors in a day, compared to its usual 500. Soon the college received more than 3,100 applications for the 75 spots available. College leaders and staff rose to the challenge of vetting the applications and in its second year, the revived college became the country’s most selective school in the nation, accepting just 5.2 percent of students who applied.

The college also enjoyed a robust response to its second round of faculty hiring, receiving many applicants for its six tenure-track jobs. In the spring Antioch announced it had hired faculty in environmental science, biomedical sciences, psychology, history and co-op education, bringing its tenure-track faculty to 12.

In June Admissions Director Cesar Mesquita announced that he would be leaving his job for personal reasons. He had been in that position for a year.

At the end of the school year for the college’s first group of students, most gave the college high marks for their education. While many agreed that the combined workload of classes, co-op jobs and community meetings was huge, 31 of the first-year second semester group of 33 returned in the fall.

During the summer, renovation continued for the $6 million refurbishing of North Hall, one of the college’s oldest buildings. The renovation, which aimed at making the building the oldest in the country to win a coveted LEED environmental certification, added a geothermal heating system and solar panels on the building’s roof facing south. The project was completed by the time new students arrived in the fall.

The college met its goal of attracting 75 high-achieving students from diverse backgrounds for its second class. When the students arrived in October, they ranged in age from 17 to 25, and came from 31 states, with an average GPA of 3.69. With its 12 full-time faculty and additional adjunct faculty, the college was offering 44 courses.

In December college leaders announced they had reached agreement with Antioch University to pay $8 million to regain WYSO Public Radio and to nullify the university’s remaining claims to the campus. The university had gained control over WYSO, begun by Antioch College students in the 1950s, in the 2009 agreement between the college and university that led to the college becoming independent. 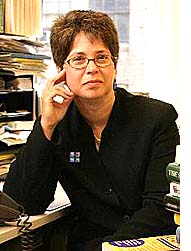 In March Antioch University announced that it would hire Felice Nudelman as its new chancellor. Nudelman would follow Toni Murdock, who retired in July.

Nudelman was most recently the executive director of education for the New York Times company, with responsibility for that company’s Knowledge Network. She had previously been the associate dean of academic affairs at Bloomfield College, and had received a master of fine arts degree from the Pratt Institute.

Nudelman said she accepted the job because she was attracted to the university’s mission and values.

In the fall the university announced that it would begin offering MOOCs, or massive open online courses, to broaden its educational offerings. The classes, taught by well-known professors at leading universities, are typically offered for free, but students at Antioch University will pay a fee and receive credit for them. University faculty will work with students taking the classes, acting as mentors and evaluating the students’ performance. 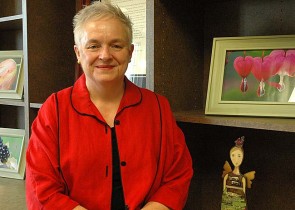 Antioch University Midwest had a year of upheaval in 2012, beginning in February when President Michael Fishbein was. according to several AUM sources, told not to return to campus although he remains under contract until summer 2013. Former AUM provost Ellen Hall became the acting leader on campus.

At that time Antioch University announced to AUM staff that it had implemented “Project Turnaround” for the campus, aimed at fixing budget problems

In July Hall was named the interim president of AUM. In an interview she stated that enrollment at the campus had declined since the beginning of the recession, and before that had been flat for several years. Due to the enrollment decline, and growing debt linked to the new $15 million campus, the school was going through a difficult time.

In November, 12 AUM union employees brought in a mediator since they had gone without a contract for a year due to the school’s financial difficulties. At that time the school announced that it would cut about $208,000 in personnel costs.

In the fall AUM announced that it had hired a new enrollment director, and was planning to offer new courses.

2 Responses to “The year in review 2012: Antioch College moves forward”