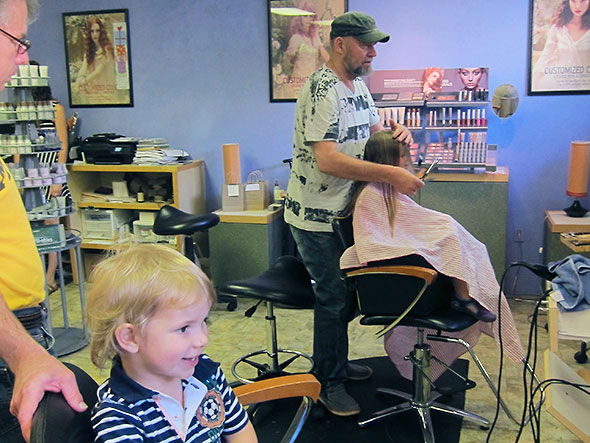 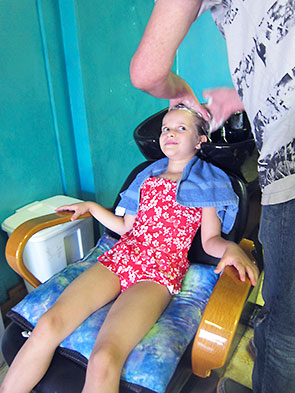 The first day of summer the pool reopened, and the sea dogs gathered for the annual swim team photo. We arrived with our daughter—a new team member—and after a moment’s hesitation she gamely took a spot next to a friend on the diving board and grinned ear to ear for the camera. Despite a week’s interruption in swimming, her hair has turned baby blond again from being constantly out of doors since school broke in May.

We didn’t stay to swim after the team photo that day. Two week’s earlier, I had arranged for the family—all four of us—to get haircuts at the Wavelength Aveda Salon/Spa, 129 Dayton Street. It was a special occasion: My three year old’s first haircut… or so I hoped. I blocked out the first two hours of Gary Glaser’s schedule. The plan was for my boy to witness the rest of us happily getting our hair cut and to freely get in line himself. 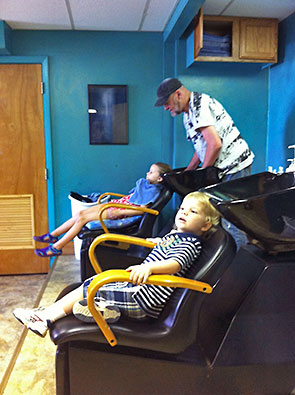 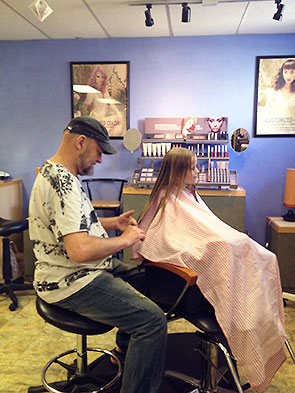 This was the fourth haircut for my six year old daughter, and she and Gary struck up the natural rapport of established friends. Knowing the drill, she popped over to the shampoo and rinse station and settled in for the spa experience. Stacking up a couple of cushions so she could reach the sink, Gary combed through her long locks and gave her a luxurious shampoo and conditioning. Her hair is glorious but a lot of work. We appreciated Gary’s patience as he worked and listened—attentive and engaged. She told of her birthday party, our trip to Aunt Pat’s, and the fact that swimming had been tragically off for a whole week. 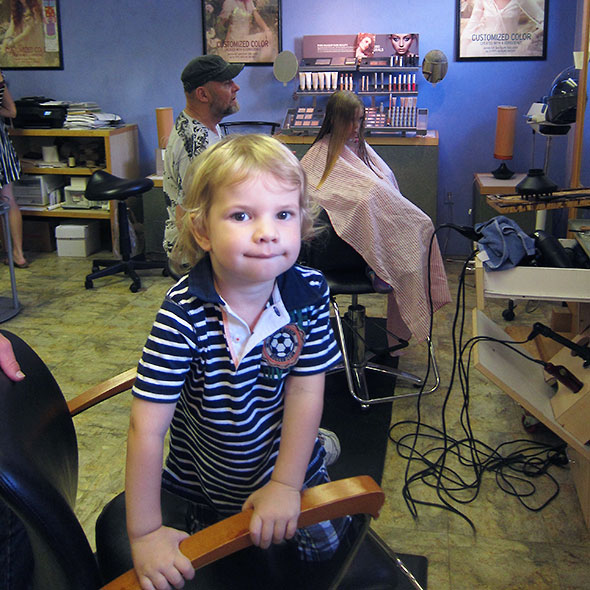 They conferred about how to cut her hair with only minimal input from Mom. That was a good because I was distracted with the boy. My son decided very early on that—oh, yes—he was definitely getting in on this activity. While he waited his turn, he bounced from the shampoo station to a salon chair and, for a time, commandeered Gary’s stool for a few spins. He took me by the hand and insisted that I give it a whirl too and even pulled me around himself once I stationed myself. 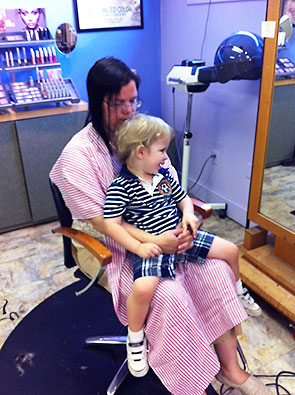 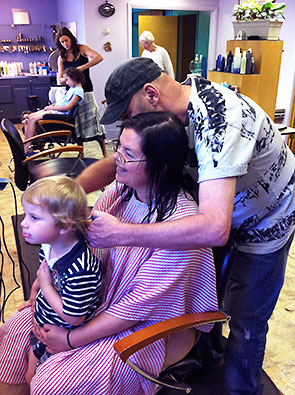 Dad took over entertaining our boy as Crystal washed my hair. Then my son sat on my lap, and we got our haircut together. I must say he liked the idea of getting a haircut better than actually getting one, but he sat without fuss and watched himself transform in the mirror as Gary trimmed his curls into a ducktail. 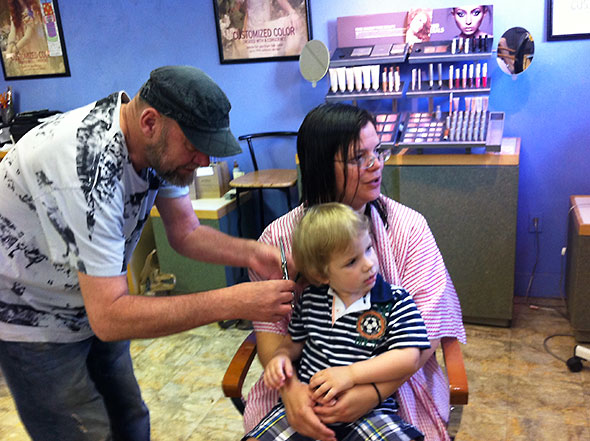 Gary saved us a few locks of golden hair so we could preserve the memory. I imagine our son eventually getting dark hair like myself or even darker hair like his Uncle Pete and that, years from now, we will be amazed to see the spun gold of his early days. 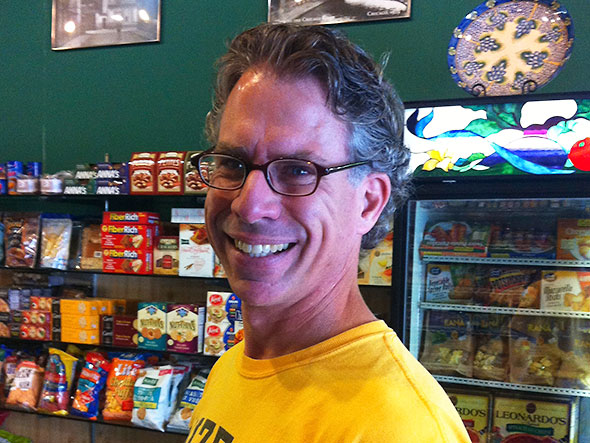 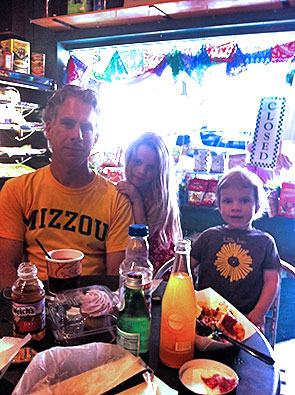 My husband sat in the salon chair last and put himself entirely in Gary’s hands. Jeremy retired from the United States Air Force in September and had not gotten a haircut since Veteran’s Day in November. We discovered to my great joy that his hair curls when let go, but lately he felt the mane needed taming. Gary trimmed the sides, cleaned up the back, and gave Jeremy his first true after-the-Air-Force look. He looked a good five years younger besides. Appreciating both the discipline of a fresh cut and the sweet freedom from uniform, Jeremy was exceedingly gratified.

Afterwards we celebrated our new dos at Current Cuisine. Gathered around a cafe table, we shared tasty drinks, a bowl of watermelon soup, fish, ravioli, and family bites of a lavender cupcake. We were pleased, at ease, and oh so ready for a festive summer.