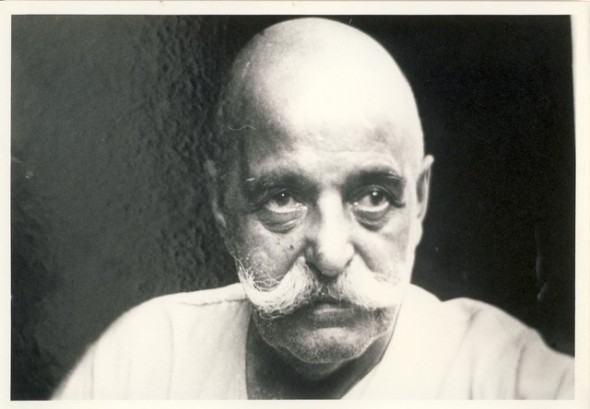 A local introduction to the “Fourth Way”

On Thursday, Nov. 21, at 6:30 p.m. local representatives of the Gurdjieff Legacy Foundation will give a presentation, “Glimpses of Gurdjieff’s Fourth Way” at the Yellow Springs Library. As an introduction to the event, below is a Q and A with villager David Goodman prepared by the presenters.

Goodman: It’s hard to succinctly say exactly who Gurdjieff was. He was a spiritual master who died in 1949. He had a profound impact on many seekers and his influence is still widely felt today. Everyone who met him had a different impression of who he was. Those who were sincere in their search felt he had great knowledge and being and he seemed to be able to intentionally present himself in a way that was perceived differently by everyone. Gurdjieff’s question was, “What is the significance of life on earth, and in particular human life?” His answer to this question is quite far reaching. One beginning aspect of this is that his way of spiritual discipline, instead of concentrating on the mind, the heart, or the body, works on all three aspects simultaneously aiming to teach us how to bring them into harmonious working. This is why it is called The Fourth Way.

The Gurdjieff Legacy Foundation is in the direct lineage of Gurdjieff’s oral teaching. It is directed by William Patrick Patterson, whose own teacher, Lord John Pentland, was appointed by Gurdjieff to head the dissemination of his work in America.

Question: Since Gurdjieff died in 1949, in what way is his work still relevant?

Goodman: Gurdjieff’s teaching prefigured many of the findings of today’s science and neuroscience and really meets the demands of verification that are essential to the scientific method. One is never asked to blindly swallow the teaching, rather the demand is put on us to find out for ourselves the accuracy of what he presented. Gurdjieff emphasized that one should not believe his ideas, but verify them and embody them in one’s own experience. It is said that traditional religions teach what our behavior should be, but have lost the part of the teaching that made possible how to “be able” to do so. Gurdjieff taught the “how” and “how to be able.”

Question: Does this specifically address problems unique to our current day?

Goodman: We ourselves are the problem. Societal change only truly happens through individual evolution. We live in a radically changing world-time, and are becoming increasingly dependent on technology, to the point where we are in danger of losing our freedom to machines. But, rather than point the finger at technology itself, the real cause of danger is the part of us (our ‘ordinary’ mind) that so identifies with technology that we allow our purpose and meaning as human beings to be defined or even eclipsed by our enchantment with the wonders of technology. Unintentionally we risk simply becoming better machines.

Goodman: Yellow Springs is the center of progressive thought for this area. It is also a place where there are an unusual number of people interested in self-development, where people have tried many approaches. Gurdjieff said we cannot feel what is most valuable in his teaching unless we are already disappointed in what we’ve been doing. If a scientist, I would need to be disappointed in my science. If a seeker, to be disappointed in the real results of what I have found. To be disappointed does not mean losing faith in the miraculous, it is merely being convinced that ordinary, accessible, and even advertised ways, under whatever name they may pass, are partial and incomplete. And that although somewhere something does exist, everything that one knows or is able to learn in the ordinary way is not what one needs. Gurdjieff’s teaching is not for everyone. It looks straight at the reality of what actually is and demands the same from the seeker. This teaching is rarely presented publicly but we believe the needs of the world make it important to do so now.

Question: Can you give more detail about what the glimpses are that will be presented?

Goodman: As mentioned, Gurdjieff’s Fourth Way includes a balancing of our different parts, roughly called thinking, feeling, and sensing. What is presented will be exercises, ideas, and ways of working together to approach these aspects of ourselves. We ascribe many things to ourselves, such as willpower, control of attention, and consciousness that when impartially looked at are not as we imagine. Science, and advertisers, for example, know a tremendous amount about how suggestible we are and about how to use our suggestibility against us. What will be presented is a taste, an overview of our actual situation, and also glimpses of what is possible for us. Only by seeing, or rather, really deeply experiencing what is, how we really are, can we then learn to harmoniously develop our spiritualized parts (mind, heart & body) and come to a deeper understanding of ourselves. Only then might we be really opened to higher possibilities and, as Gurdjieff says, the eventual ableness to become helpers-to-God.

One Response to “A local introduction to the “Fourth Way””