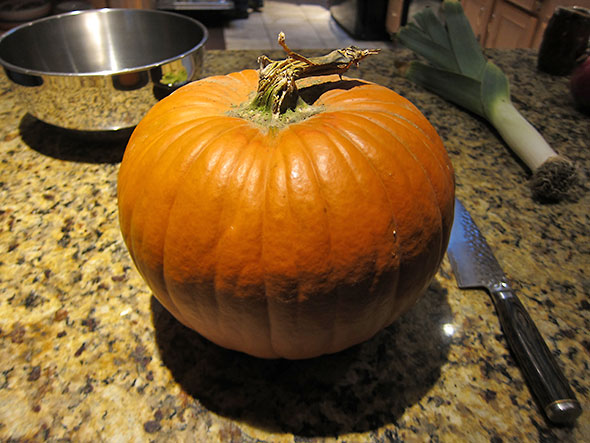 My daughter’s been keen on one for about a month now. Ever since pumpkins appeared at the farmers market this fall, she’s begged for pumpkin pie. I’d never attempted one, and her ambition frankly surprised me. I made a false start with the first pumpkin we brought home. I carved out its top stem and painstakingly hollowed out its seeds as if I were making a jack-o-lantern. It was destined for the oven at that point but, sadly, progressed no further. After sending it to the refrigerator for a spell, we turned to it again too late and, with great regret, assigned it to the compost pile. 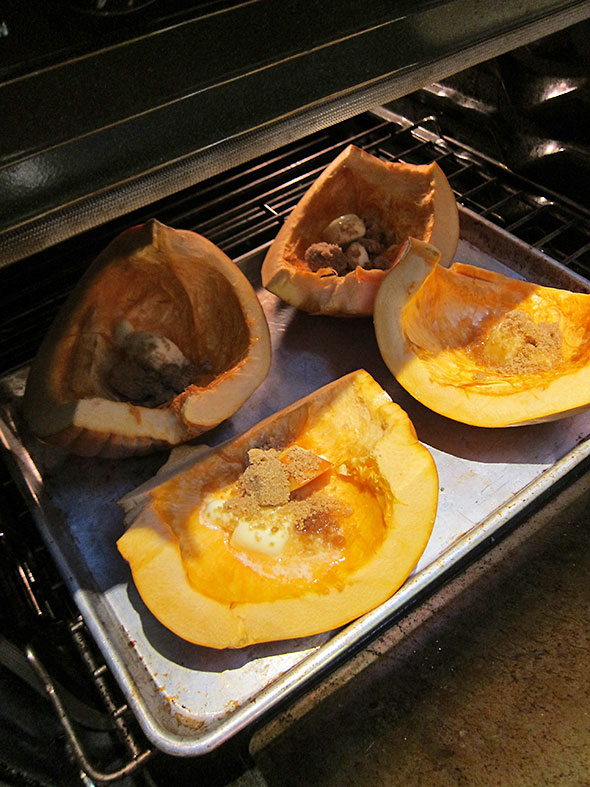 Last weekend, however, I picked up the last pumpkin from Peach Mountain’s farmers market stand and promised it a better fate. Upon getting home, I set upon it immediately. First, I split the gourd open sectioning it into quarters and scraping free its seeds. Next, placing a couple of tablespoons of butter and a generous scoop of brown sugar in each quarter, I popped the pumpkin in the oven to roast. The house was soon filled with a buttery floral scent. The gourd’s flavor blossomed under the oven’s generous heat and, taking in its notes, I considered how to create the custard. I had thick cream on hand, fresh eggs, dried ginger, and cinnamon galore thanks to a recent binge on cinnamon toast in the house. Reading through an assortment of recipes, I liked the idea of adding rum to the mix but, having none, made the choice to try port. This decision I must admit I later regretted.

Once the pumpkin was free of the oven, I removed its outer skin and pureed the remaining flesh. I added the cream, two eggs, the port, dried ground ginger, a bit of cloves, and cinnamon tasting the custard until its texture, consistency, and sweetness seemed right.

I poured the custard into a pie crust and topped it with a circle of pecans and a small leaf-shaped wedge of pie crust. While the oven preheated, I employed a new trick and set a baking sheet in the oven. Once the oven was ready, I set the pie plate on the baking sheet so that the bottom crust would receive an added dose of heat and not become soggy in the cooking process. 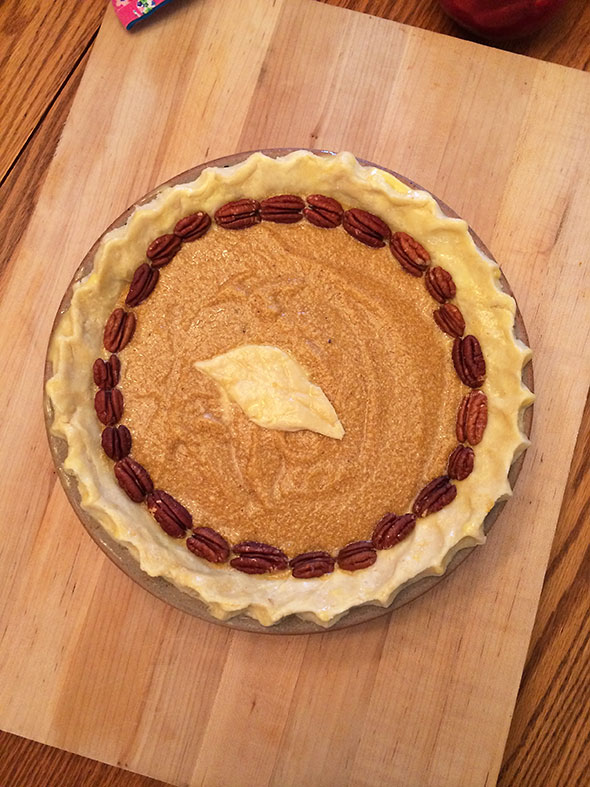 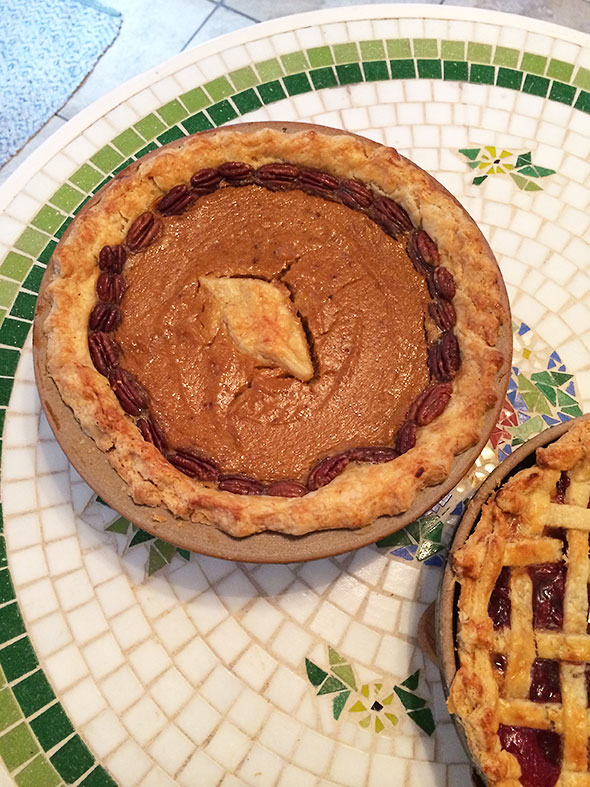 When the pie came out of the oven, it looked and smelled heavenly. The crust came out thick and crispy and did seem to benefit from its dose of heat from the baking sheet. I loved the touch of the pecans, but the custard… Appealing in density, color, and texture, it was “a respectable first attempt” according to my husband but not all that we had hoped it would be. Its taste was like playing a grand musical scale with one discernible flat note. I am back to the drawing board this Sunday cooking a new pumpkin pie, and we’ll see if I can work the composition a little closer to perfection.