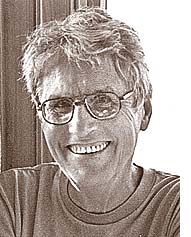 Walt Tulecke died peacefully with family nearby at Friends Care Center on Jan. 28, following surgery for a broken hip. He was 89 years old, two weeks shy of his 90th birthday.

Walt was born in Detroit, Mich. on Feb. 10, 1924, to Walter M. and Bertha R. Tulecke, both of whom worked for the postal service. He lived through some nearly fatal childhood illnesses, and always considered life a miracle. He was the first in his family to get a college degree, which he earned at the University of Michigan. In a plant science class there, he met Hazel Batchelor, and they married in 1946. They raised four daughters; his son was welcomed into the family in 2006.

Walt served first in the U.S. Naval Reserve in 1943, then in the U.S. Army during the occupation of Japan in 1947–48. After an honorable discharge, Walt began his graduate studies, completing his Ph.D. in 1953 with a thesis on his original work culturing the tissue of gingko trees. After working at the Boyce Thompson Institute in New York as a plant research scientist, Walt was drawn to teaching as an opportunity to use his creativity and his love of people and learning. He accepted a position at Antioch College in Yellow Springs in 1967, teaching both botany and nutrition courses that were lively and well attended. His marriage with Hazel ended in 1973. He was later married for eight years to Linda Geiser, with whom he shared travel and work in California and Alaska.

Walt retired in 1990 and continued to cultivate his interests in plants, especially gingko, walnut and pawpaw trees. He enjoyed adventures, teaching and learning in China, India, Kenya, Japan and Ecuador. He loved music and dance and working with wood. Gardening, teaching, and learning continued to give him great enjoyment. Most of all, he loved spending time with family and friends.

Some of Walt’s own words tell us of his approach to life. Here is an excerpt from his poem, “Entering and Leaving”:

Self-consciousness, a blessed awareness
Is embraced by beauty wonder and hope.
And leaving? A new journey
Neither willed nor easily done. No choice.
As in the great wonderful beginning:
Alone, with courage,
Parting with the sweetest of sorrow
And a smile of thankfulness for all that has been.
Not to worry, loved ones
Leaving as entering: the gift is to be.

A memorial service is planned for 2 p.m. on Monday, Feb. 17, at the Glen Helen Building. Memorial gifts may be made to Antioch College.