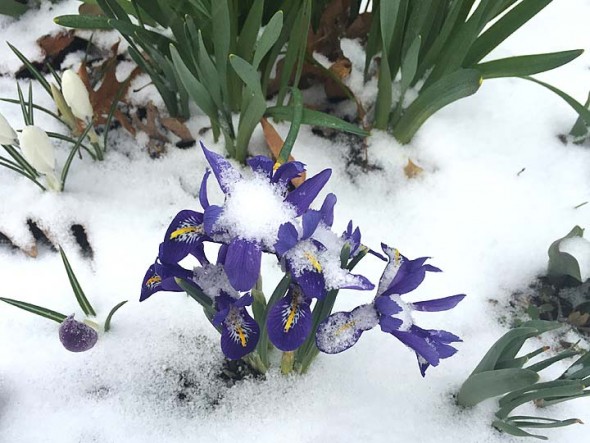 As if to taunt, on March 23, weather over Yellow Springs gave one final frigid kick — hopefully — as a reminder that we shouldn’t get too complacent. Weather.com explains that winter storm Frona, generated by an arctic air mass which brought the cold for snow, pushed through “multiple mountain ranges all the way down into the Desert Southwest.” This dropped average temperatures by 10º–20ºF and dumped snow on much of the midwest. Many regions set record lows for the season.

Temperatures are expected to rise again midweek, and buds, blossoms and birds should return to their normally scheduled routine.