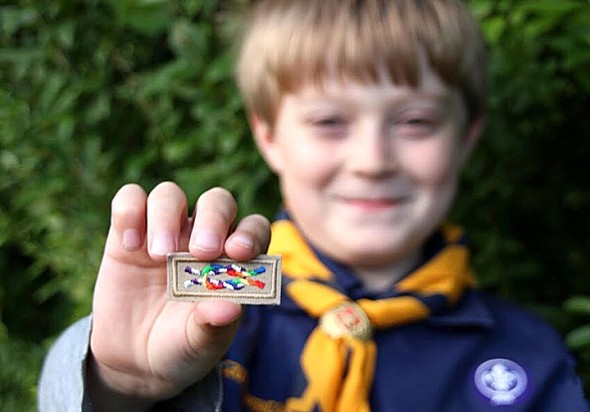 The local chapter of Scouts for Equality celebrated a victory Monday as the national chapter of the Boy Scouts of America (BSA) announced it would remove the ban on gay and lesbian adults from joining as leaders and scoutmasters. The ban against gay youth joining was lifted in 2013.

About 30 scouts and 20 adults representing Boy Scout Troop #78 and Cub Scout Troop #578 gathered at Ellis Pond amidst rods, reels, hot dogs and soda, awaiting the announcement, which came at 7:30 p.m. that evening.

Lake Miller, an Eagle Scout who launched a local chapter of Scouts for Equality in early April, said that everyone had just finished fishing and eating together, when he got the email from the national chapter of Scouts for Equality. “It said, ‘Victory!’ I was able to make an announcement that, effective immediately, any member was able to be accepted in the Boy Scouts.” He said the timing of the announcement “when we were all together, as a decision was made for togetherness” was beautiful.

Scouts for Equality was founded as a national advocacy group by two Eagle Scouts in 2012, according to their website. And while the national group concentrates on changing the policy of the BSA as a whole, the organization of local chapters about a year ago “allows one on one contact with local youths, consciousness raising and awareness,” says Miller. “It gives ability to protect people; gives our council the chance to speak out.”

He points out that Scouts for Equality has produced an “Inclusive Scouting Award, in the style of a square-knot badge, worn over the pocket.” “It says, ‘I am an inclusive scout’,” and signals that the wearer is a “safe person, and that you’re not going to receive any backlash or punishment from me.” It’s symbolic, Miller says, and not accepted by the BSA as a true badge. In fact, he notes, “technically, you can be kicked out of scouting” for wearing one on your official uniform.

But while Miller and the troop celebrate “a great step forward,” he points out that there is much more to do. “Lots of people ask, ‘are you guys done?’ But I say no, because the BSA has not yet addressed any issues regarding atheists and agnostics and transgendered persons.”

But while Miller’s enthusiasm is unflagging, his assessment that the BSA made the changes for strictly pragmatic reasons is a bit darker. “The policy change may not be based on morals, but on the legal backlash, social outlash. Here they have a potential for this thing to be beautiful, admit that, yes we were wrong, but instead they said we’re going to suffer financial consequences. I would like for them to have done the right thing for the right reasons.”

The Yellow Springs Cub and Boy Scouts meet every Monday at 7:00 at the Presbyterian church. The local Scouts for Equality can be reached by emailing Lake Miller at tecumseh@scoutsforequality.org . 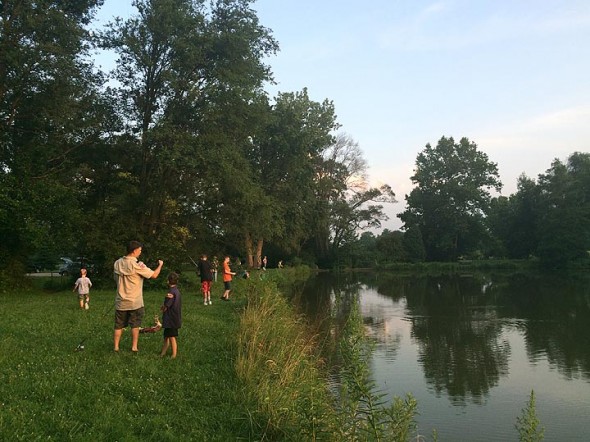 Members of the Yellow Springs Cub and Boy Scout Troops held an Ellis Pond picnic Monday to celebrate the elimination of discrimination against gays by the Boy Scouts of America. (Submitted photo by Lake Miller)