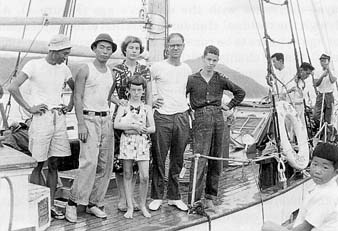 Barbara and Earle Reynolds on their peace voyage with the Phoenix. 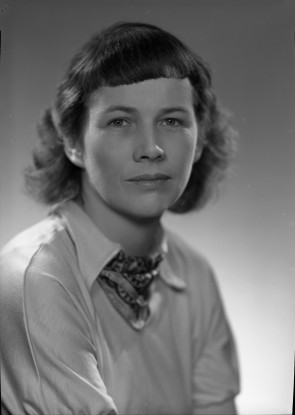 Both the Friendship Center and the PRC were founded by Barbara Reynolds, a former Yellow Springs resident. Barbara went to Japan in 1951 with her children and husband, Earle, who as an anthropologist was sent to study the effects of radiation on the bombing victims. They stayed three years before Earle built a boat, the Phoenix, which the family sailed to protest nuclear testing throughout the south Pacific and later to Vietnam in the 1960s.   h.

The PRC conference keynote speaker is Norma Field, the Robert S. Ingersoll Distinguished Service Professor of Japanese Studies Emerita at the University of Chicago, who will give the talk, “How Can We Say and Mean Peace Today?” at 6 p.m. at the Boyd Cultural Arts Center. The conference will also include plenary speakers and workshops on peace strategies and Kingian nonviolence, as well as a panel discussion on peace initiatives in local communities. For the schedule of events go to wilmington.edu and search “PRC 40th.”

See the full story in this week’s News.