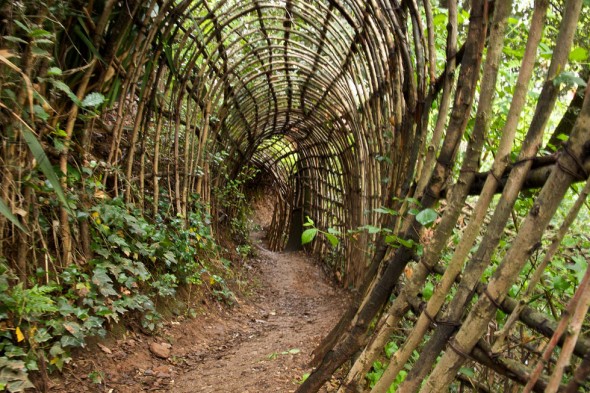 BLOG— Do I repeat myself?

“Do I contradict myself?” Whitman’s poetic persona asks in “Song of Myself,” then answers: “Very well then I contradict myself, / (I am large, I contain multitudes.)” It’s probably his most famous line, and judging from the “multitudes” of hits on Google, it’s a source of comfort and license to many would-be orderly souls struggling to reconcile the conflicting needs, desires, traits and impulses that animate any human life.

I can relate to this, I really can. But I also long for a different kind of grand poetic pardon — one that excuses me not for contradiction, but for repetition. Let me explain.

A couple of days ago, sitting in the soft dark of early morning, I was struck by how much the soundscape has changed this month. Gone are the cicadas, long gone. The crickets are still here, but attenuating: gone are the raucous tunes of love and lust fiddled right under my window — or so it seemed for weeks. Gone, gone, gone is the morning chorus: the robins starting first, the range of other voices blending in to lift the day, like a magnificent submerged wreck, up through the dark waters to sail again.

Instead, I heard a crow. An answering crow. The velvet hoot of an owl. A wingspan of silence. Then geese, honk-honking in that obtuse way of theirs, like an airport luggage cart beeping through the frazzled crowds. More silence.

I was listening so hard at this point that I began to hear a faint buzz, which I knew to be the very sound of my listening effort. I thought immediately of a moment long ago. I was a child alone in a private library at the house of my parents’ friends. There was a dinner party happening in another part of the house, but none of the sounds of it reached me. The library was dauntingly elegant — the kind of library more for show than reading, I’m tempted to say — and utterly silent. I think I was curled in a leather chair. I think I was reading.

Gradually, my ears seemed to fill with sound: a ringing, as if from a glass struck and reverberating endlessly from far away. I had the curious thought that I was listening to something inside myself. Listening to my own ear, pressed up against the vast shell of the universe and hearing itself roar. (This is actually fairly accurate, as it turns out: one of the things you hear when you cup your ear with the small, resonant chamber of a seashell is the sound of your blood and muscles — inner noise the brain typically discards.)

This remembered moment slid into a poem I was writing. A line suggested itself, as it sometimes does, but this one sounded like something I’d written before. I had. I checked back in my poetry files and found the line in a poem dated two years ago, almost to the day. The poem had the same theme, touched off by the same attunement to the rising tide of silence that marks the passage into fall and winter, and invoked the same childhood memory.

I was not contradicting myself but reinforcing myself. Meeting the same self two years further down the road.

More reliably than memory, writing holds the trace of who you were and are. Often this is talked about in terms of measuring the distance between the two. And that’s sometimes true. (My best friend and I passed a notebook between us all through 10th grade chemistry. To see its secrets! Time and loss have spared me — it’s gone.) But I’ve found more continuity than inconsistency in the narrative of self my writings encode. Who I was, I am.

And so, inevitably, I repeat myself. Certain small moments of experience stand out — who knows exactly why? — and I turn to them at other moments, again and again. It’s like I keep reaching into a box of beads and pulling out, with fresh delight, the same one. My necklace might not be a study in contrasts, but it’s authentically mine.

This is particularly true in poems, I believe, because the poetic impulse lives so close to the core personality and arises (at least for me) in response to the natural world, where everything repeats itself and every change restores a former state, both deeply familiar and subtly new. In my own writing, every poem I hail as a “departure” brings me back to somewhere I’ve been before — with a difference of emphasis, angle, distance, mood.

Whether we write or not, we live our life in little stories that, if you look closely, center on just one or two themes. Loneliness is one of mine, I know, which is why the evening in the library goes on and on and on, like the sound I thought I heard. Another theme is strangeness — the uncanny tendency of the ordinary to defamiliarize itself and present a face that tells me, Nothing can be truly known.

Do I repeat myself? Well, then, I repeat myself. The spiral is a better model of life’s movement than the span, I think. (“Span” sounds too much like bridges, anyway, as if all of life were an engineering trick for getting from here to there.) Like nature, we move in circles. And in circles we somehow end up where we’re meant to go.