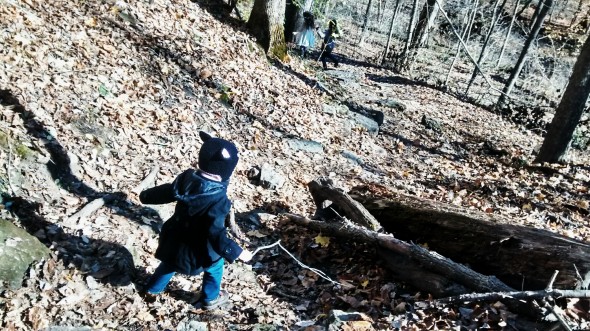 As the daughter of a Methodist minister, I learned early about the value of silence. Having been brought to sit in the pews since practically the day of my birth, I was taught, to paraphrase Ecclesiastes (and perhaps Pete Seeger) that there’s a time use your outside voice, a time to use your inside voice, and a time to use your church voice (that is, a time to zip that lip). I remember fondly that my mom had a great strategy to calm me when I needed a little help being quiet: she would softly trace the lines on my palms, a practice we called “doing the love lines.” This would lull me into a therapeutic stupor until it was time to sing the last hymn and depart for lunch (my favorite part of Sundays, then as now).

A little more than a year ago, I began attending the Yellow Springs Friends Meeting. I was attracted to the Friends, colloquially known as Quakers, for their commitment to social justice issues, to caring for the Earth and to waging peace. Having been raised in a more conservative environment, I remember my mild shock one morning when I sat in on the adult meeting for learning, which I suppose can be likened unto Sunday school, and listened as the group discussed its plans for a peaceful protest at a branch of PNC Bank. This protest was part of an effort headed by the Earth Quaker Action Team, a national group of environmental-minded Friends, and perhaps the best superhero team name of all time. The group and local sub-group planned to protest PNC Bank, which has historical ties to the Religious Society of Friends, but which was, at the time, one of the largest private funders of mountaintop removal. MTR, as it’s known, is a controversial mining method which tends to devastate the mountains it mines and surrounding ecosystems. I sat and listened to the group discuss their plan for a peaceful protest, and thought, “Well … this ain’t like any Sunday school I’ve been to before.”

Thanks to the efforts of the Earth Quaker Action Team, PNC agreed to stop funding MTR, and I decided that the Friends Meeting was the place for me.

The YS Friends Meeting follows the tradition of “unprogrammed” worship; that is to say, there is no pastor or elected speaker for each service. Friends wait together in silence until someone, anyone, feels led to speak. If, as happens on occasion, no one feels led in this way, then Friends sit in silent worship, until the meeting is brought to a close. This was a whole new level of “church voice” for me. No matter your particular faith, it can in many ways be refreshing to sit in a room full of people and not say, or hear, anything, except perhaps the rustle of leaves outside, the occasional creak as someone shifts in the seat or, perhaps, an errant stomach gurgle (guilty as charged). You also hear, after a time, the inner workings of your own mind and, if you believe in this way, your soul and its maker. As goes the old hymn: “Silently, now, I wait for Thee … open mine eyes, illumine me.”

And so, into this sanctum of quiet, I at some point decided to bring my 5-year-old daughter, Lucy.

A greater antithesis of silence has never, to my knowledge, been found: at 5, she has become a veritable fountain of questions, which begin as soon as she wakes up, and which occasionally don’t stop until well after she’s gone to bed. When she’s not asking questions, she is invariably expressing her opinions, or even educating her father and myself: Saturday evening, while taking a family walk through the Koogler Wetland Reserve, she informed us that the small body of water over which we were passing on a footbridge was, in fact, a “vernal pool.” I don’t actually know if she was right about that, or where she even heard about vernal pools, but it sounded good.

Anyway, to make a long story short, it is madness to expect a child to sit in complete silence for an hour. A lot of modern churches have answered this madness with what’s often known as “children’s church;” that is, after the singing and before the sermon, children are often led out to have their own lesson time. The YS Friends Meeting is no different in this regard; about 15 minutes into silent worship, the children are taken for a walk outside, usually in the Glen. Again, that ain’t like the children’s church I knew about, but suffice it to say it’s one of the main draws of meeting for Lucy, along with the First Day School lesson that precedes meeting and the potluck lunch that follows it (she is her mother’s daughter). This is a great boon for the parents of young children in meeting, who can sit in silent worship and not worry that their kid is going to say in a stage-whisper, as my daughter once did, “Mom, this is kind of boring.”

Although I do not find silent worship boring, this Sunday I decided to leave meeting after the first 15 minutes and go out with my daughter and the other kids and enjoy the nice weather. (I was also curious about what she gets up to out there, because 100 percent of the time, she comes back with her jeans soaked about up to her knees.) It was a beautiful morning, and the group, at varying paces, made its way into the Glen and up to the yellow spring, which is, as it turns out, just one of many answers to the “how did she get her pants wet?” question. Out in the woods and the pools, vernal or otherwise, Lucy and her cohorts were free to be as loud as they wanted to, and they often were. But each kid also seemed to spend a few moments in silent contemplation, whether it be in observing a rock or tree, or deciding the best route to cross the bridge-less stream, or in lining up to take a well-deserved drink of the iron-tinged spring water, as though this were their own version of taking Communion. In this way, the kids worshipped: by celebrating loudly and, occasionally, silently pondering the glory of creation. Not too bad. I may join her more often. 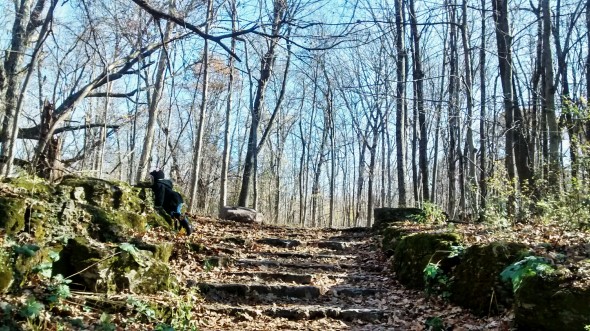 Though I relish her ability to make a joyful noise, I do also see the value in teaching my child that there are times to be quiet. During those first 15 minutes before the kids are released, it can sometimes be a struggle for her, but I’m amazed and impressed that this 5-year-old can, usually, respect the quiet of those around her. I hope that, one day, she can also find joy of her own in sitting quietly. Until then, when she has trouble, I do as my mother did when I was her age, and take her hand, and “do the love lines.”