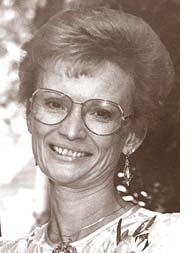 Glenda spent her school years in Sibley, Iowa, graduating from high school in 1959. Glenda was an outstanding student, participating in many activities, was in the National Honor Society and played the bassoon in the school orchestra. During her fifth-grade year, she was bedridden by rheumatic fever, participating in school by way of a telephone connection.

In the fall of 1959, Glenda enrolled at the University of Iowa, pursuing a course of study in speech pathology. After three years, she left to marry her husband of 53 years, Earl Emery. She then followed Earl as he moved in a business career, finally moving to Yellow Springs in 1976.

In 1983, Glenda graduated from Antioch University, Yellow Springs, with a degree as a licensed social worker with an emphasis on counseling. She pursued her career first at the Clark County Juvenile Court and later as a licensed chemical dependency professional.  Later in her career, she became a mental health counselor, where she accomplished what she recalls as her most meaningful work for 10 years at the Clark County Jail, providing assistance to jail inmates.

Glenda is survived by her husband, Earl Emery, with whom she had two children, Jason and Melissa, and nine grandchildren. In addition, Glenda and Earl have two sons (Tony and Jeff) and a daughter (Carla) from Earl’s first marriage. These blended families provide an additional nine grandchildren. Carla and her husband Matt Blair have played a major role in Glenda’s life.

In September 1994, Glenda, along with her husband, took custody of four grandchildren, Amanda, who was 9, Janelle, who was 4, Ian, who was 3, and Adrian, who was 14 months old, and have raised them to adulthood. This has produced two great-grandsons, Zayden and Morrison Earl. Being “Grammie” was one of the great joys of Glenda’s life, especially with Zayden. She was just getting acquainted with Morrison Earl.

To all her recovering friends, she wishes the prayer of serenity, and to everyone, especially her family, Christ’s blessings as she departs this life to be with the Lord.

Services will be held Monday, April 25, at the Simon Kenton Inn, located at 4690 Urbana Rd. in Springfield, at 1 p.m. Luncheon to follow.