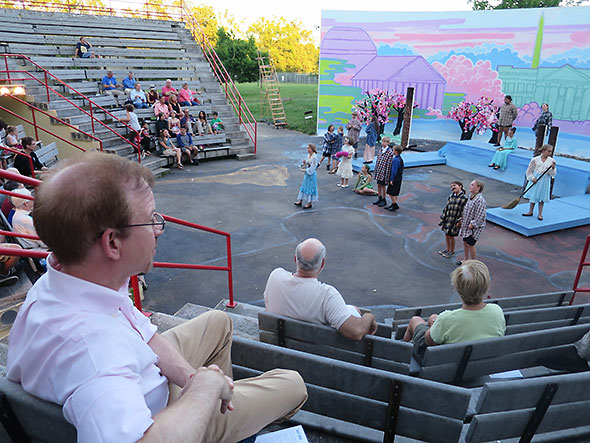 Once upon a time, I got the idea that I would write a musical. I spent the summer of my college freshman year in that employment. I kept a notebook close hand and danced out scenes in my mother’s living room: one of the angst filled wedding rehearsal of a young couple, another of a group of street urchins stealing props from several Broadway shows to cobble together their own production. My efforts met with mixed success. I wrote the words and melody of several songs—most forgotten now—but a couple were memorable enough melodies that they’re still stuck in my head some 30 years later. 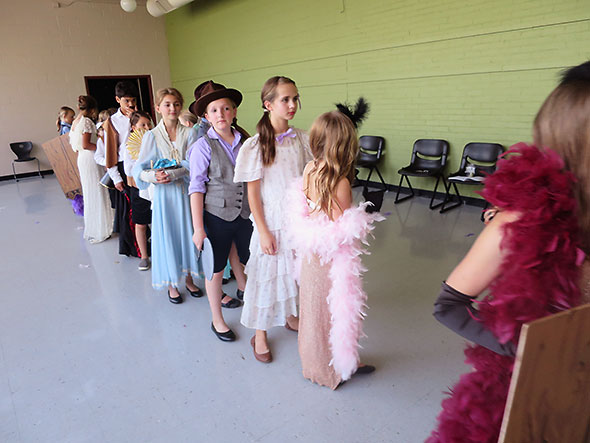 Why can’t life be a musical?
Why laugh when I could sing?
Why play it small and subtle?
I don’t want to sway.
Man, I want to swing.

Caught up in the moment,
I would give off fire and spark.
Why can’t life be a musical
And I play the leading part? 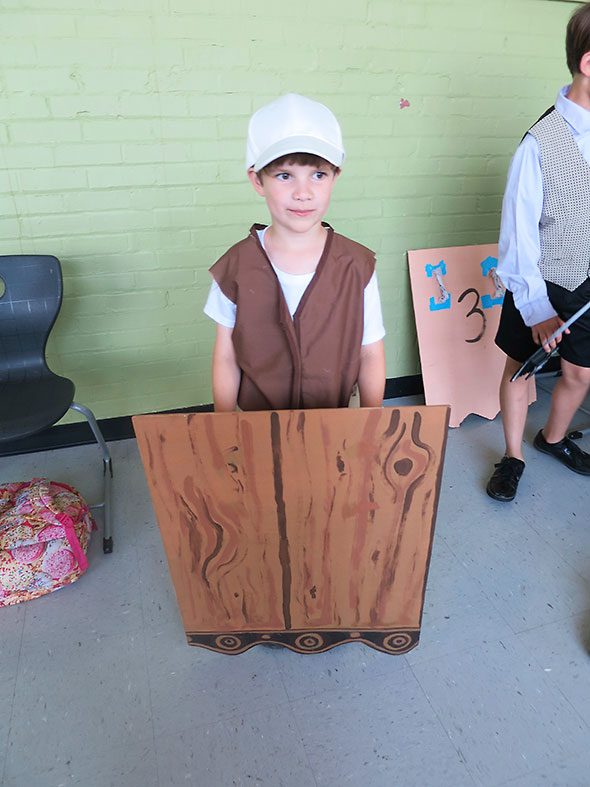 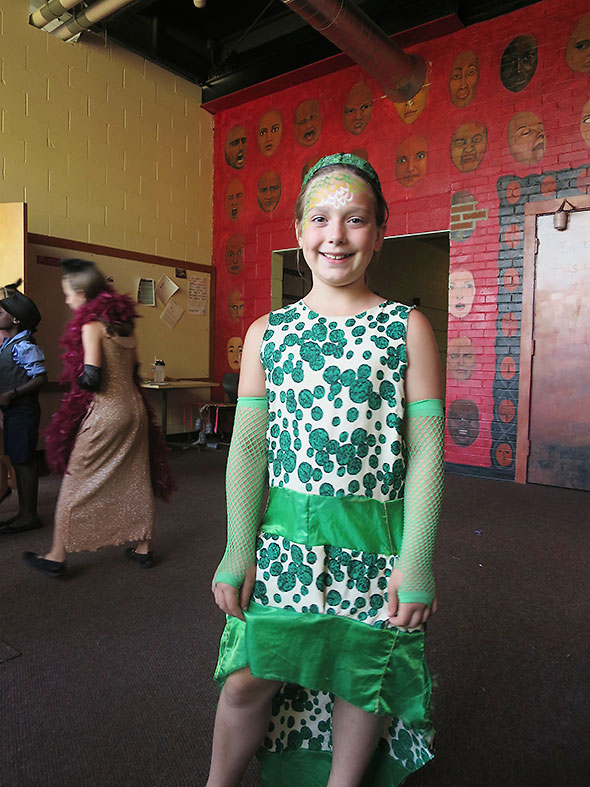 As an art form, the musical never seemed contrived to me. I was rather taken by the idea of breaking into song on a lark, laying all the emotion of the moment at people’s feet, or dancing down a companion-paved road into some bright-lit promise land. Ann Miller and Gene Autry were early idols…toothy smiles, fast feet, and a did-you-hear-that delivery. 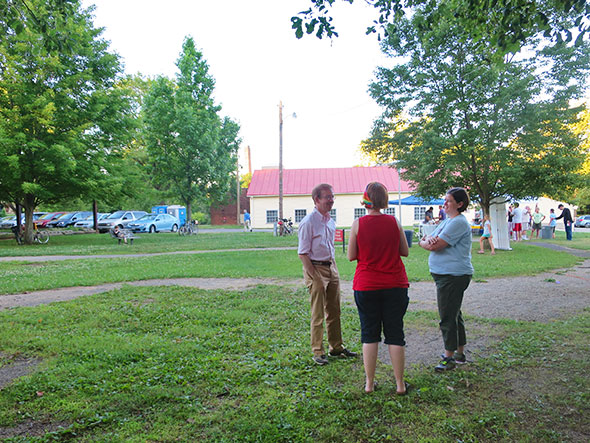 So I’m pretty amazed by the original musical written by Jill Sommerville and composed by James Johnston on the life and liberties of Alice Roosevelt, daughter of President Teddy Roosevelt. The musical chronicles Alice’s formidable years from her childhood days in the White House to her reign on Embassy Row in Washington DC. 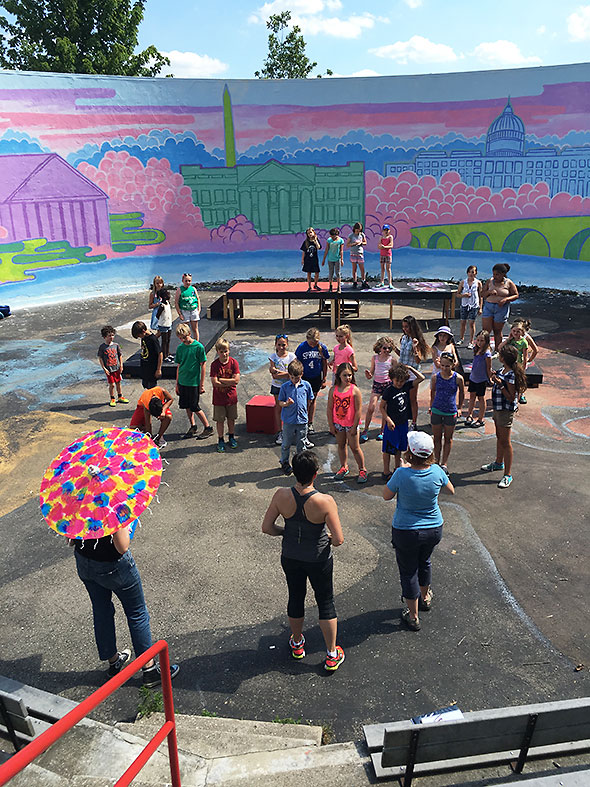 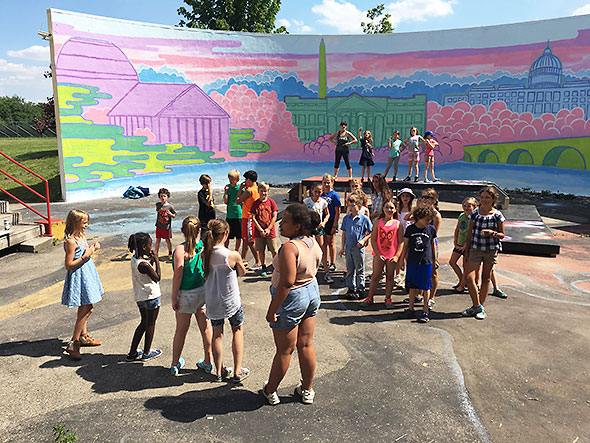 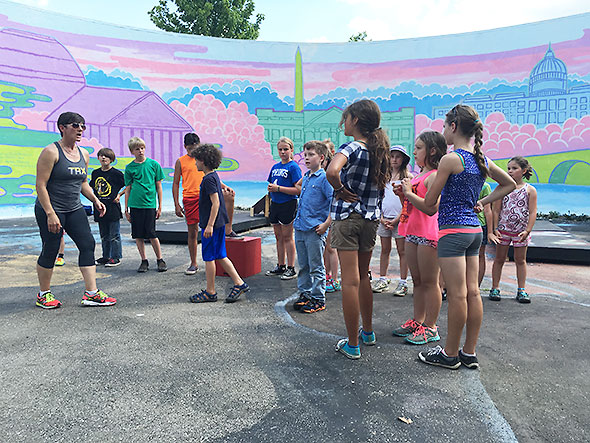 Alice was firecracker and a political mover and shaker in her own rite. From all accounts, she was a great conversationalist. People came to her. If you practiced the art of politics, she wanted to know your opinion and if she could alter it. 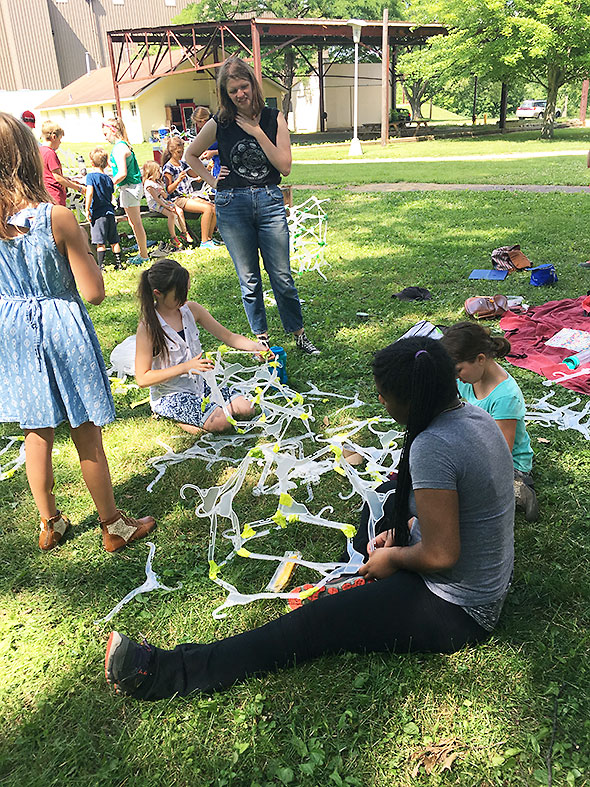 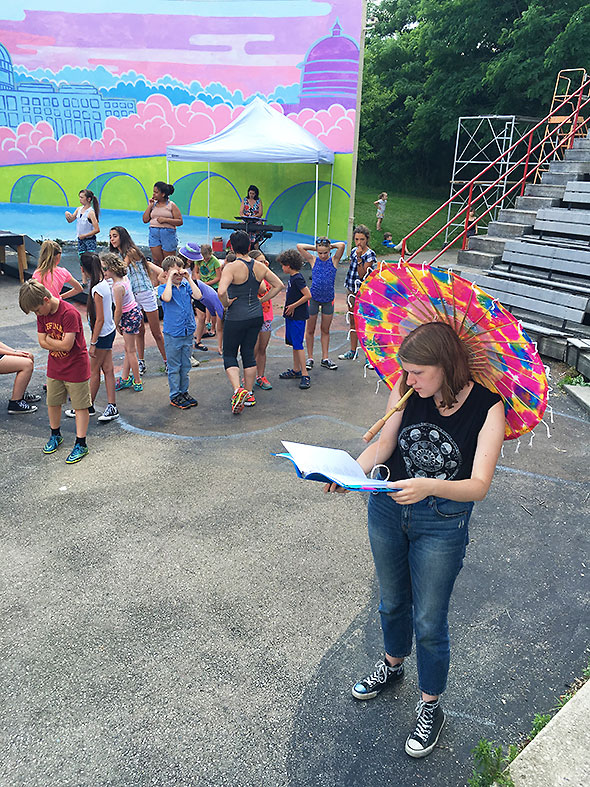 Alice was a Republican and a great rival of Eleanor Roosevelt, a close cousin whose politics landed her on the other side of the aisle. Both woman were raised under the benevolent influence of Auntie Bye, Teddy’s sister and the Roosevelt family matriarch. Having grown up in Auntie Bye’s mold, the two cousins would have outsized influence of the politicians in their respective spheres. 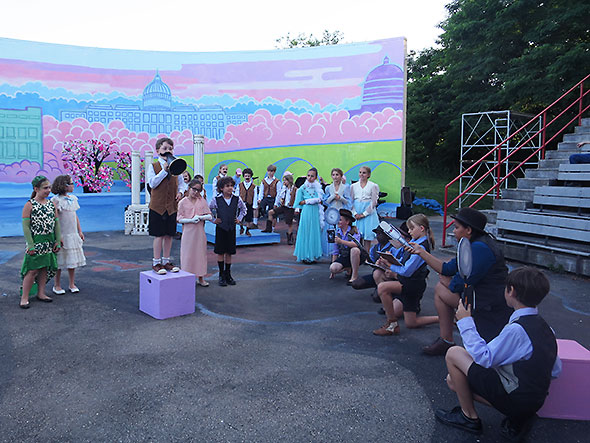 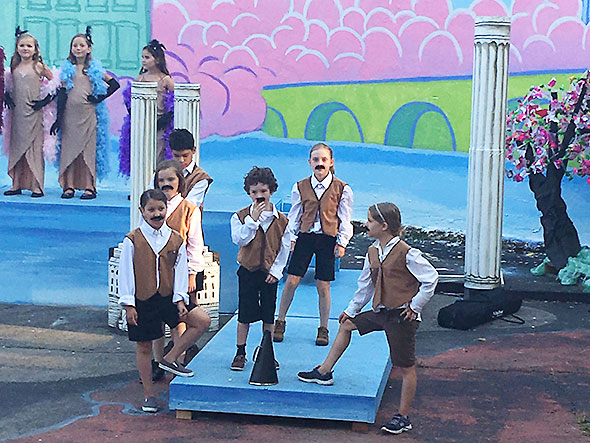 Alice’s rivalry with cousin Eleanor Roosevelt is laid bare among the blooming cherry blossoms of the nation’s capital. The common history of these very different women make for great drama. Their strong individual voices rise in counterpoint both in tone and tenor, and their second act rap battle is one of the show’s highlights. 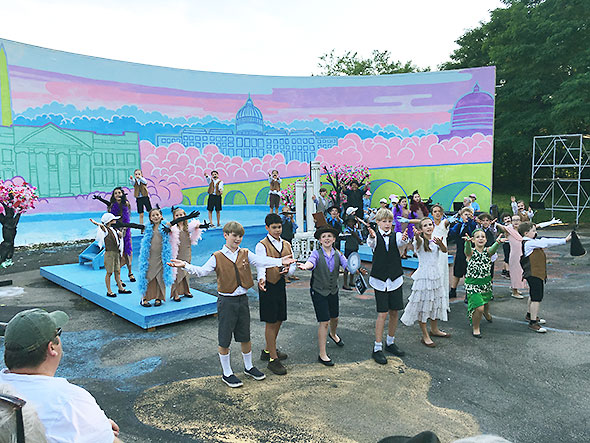 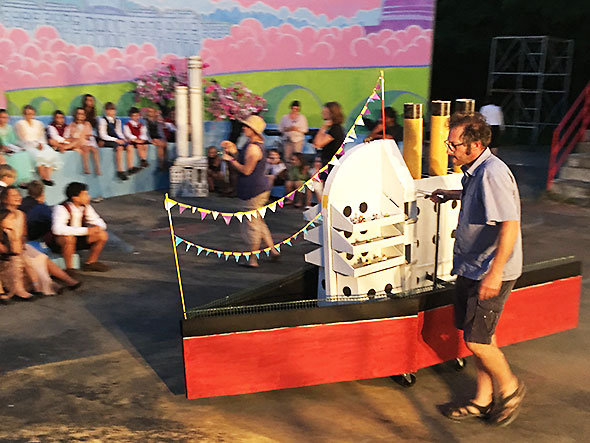 The first act introduces us to Alice and the entourage of reporters that followed her throughout her life. We see her hosting tea parties for family at the White House, her rebellious teenage tear, and her turn at diplomacy when her parents sent her out of the country as much to tame her as to take advantage of her confidence and popularity. 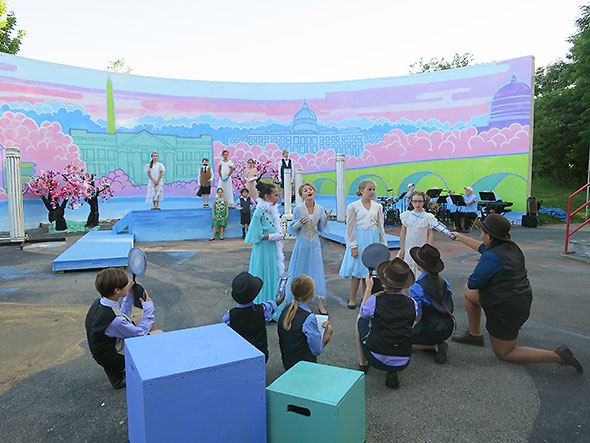 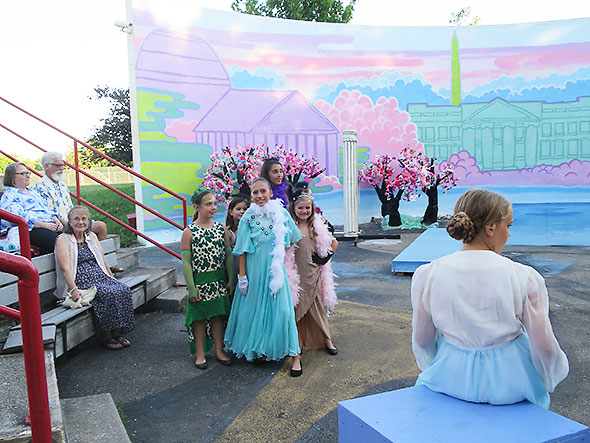 In Act Two, we find her exiled again this time to Cincinnati Ohio where her command of the press is temporarily muted and her hunger for all things politic undernourished. She would be heard however and expressed her advocacy for women’s rights in bold uncompromising terms. 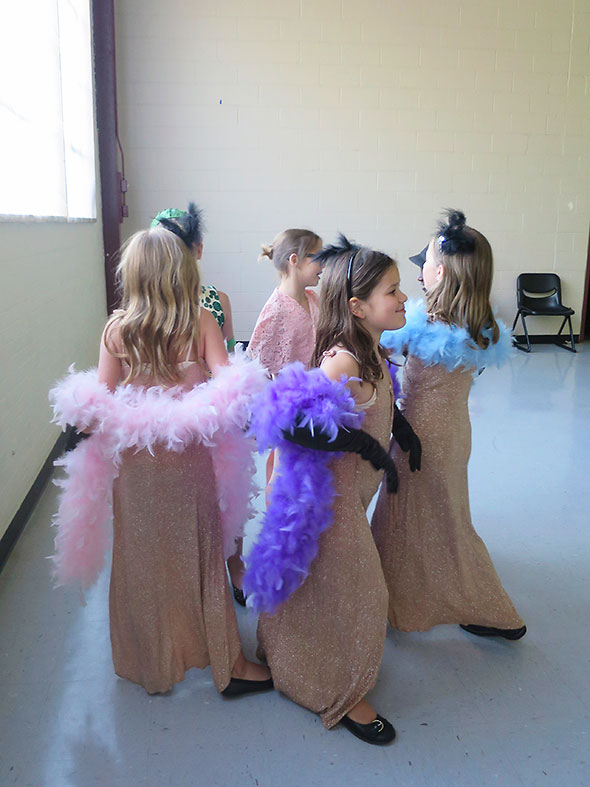 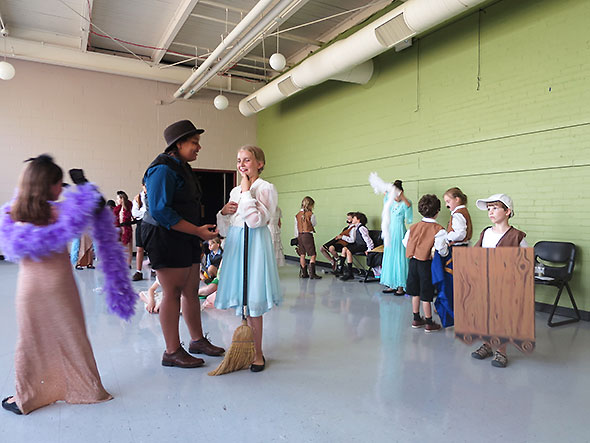 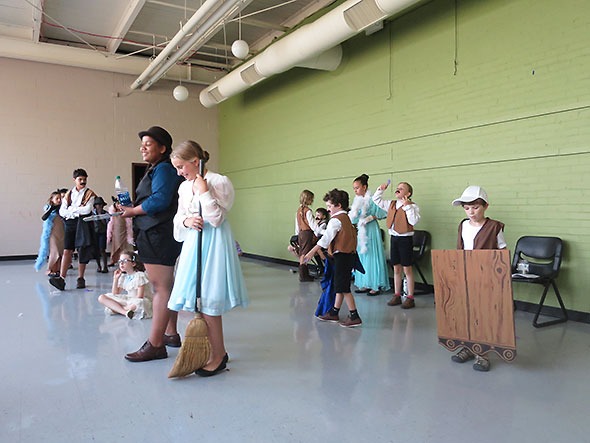 The songs of Alice, Although carry us forward in her authoritative wake. At Saturday’s performance, I spoke with James Johnston about his efforts to infuse the score with memorable melodies. His success is particularly notable in “Come Sit Beside Me”, the song that closes the first act, and “Welcome to Cincinnati”, the tune that opens the second. His compositions are sung out with spunk and enthusiasm by the young chorus led by Singing Coach Jennifer Gilchrist; his melodies are played with wit and reverence by the five-member band lead by Barbara Leeds on piano, Danny Grote on drums, Jeff Huntington on clarinet, Sean McDonald on trombone, and Abby Williams on bass. 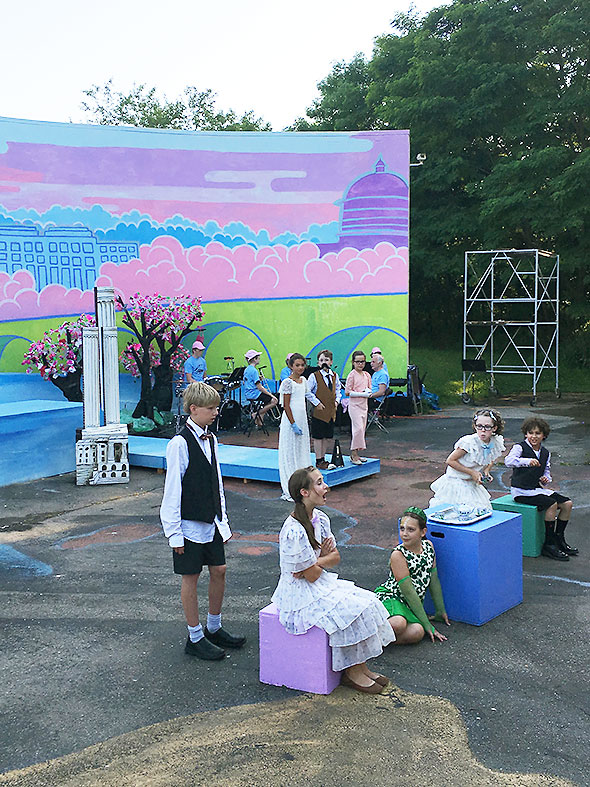 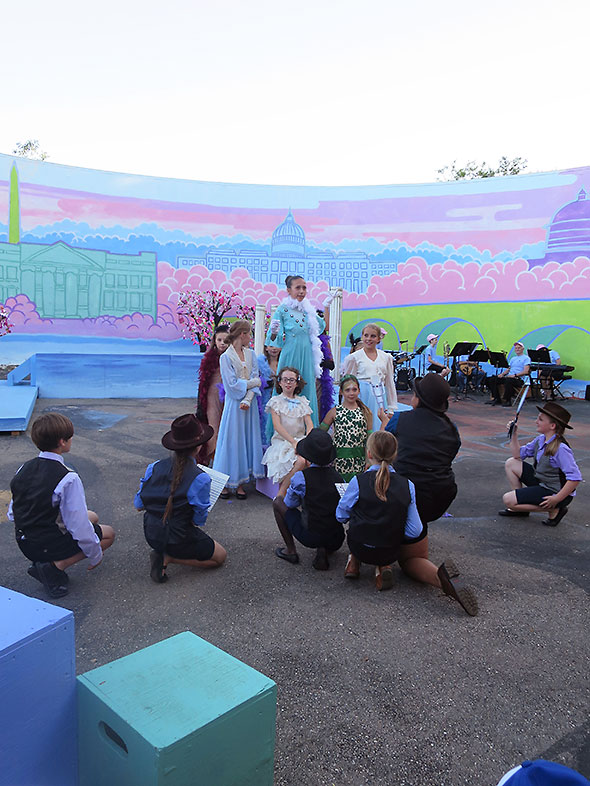 Along with Johnston, AnnMarie Saunders deserves high praise for her excellent direction and blocking assisted by Stage Manager Eilis Price and Choregrapher Melissa Heston. Alice may have been untamable by her father but the talented crew of the Yellow Springs Kids Playhouse have proven otherwise. They have taken an ambitious, complex narrative and tightened its telling in a way that’s both charming and empowering…much like the charismatic Alice herself. 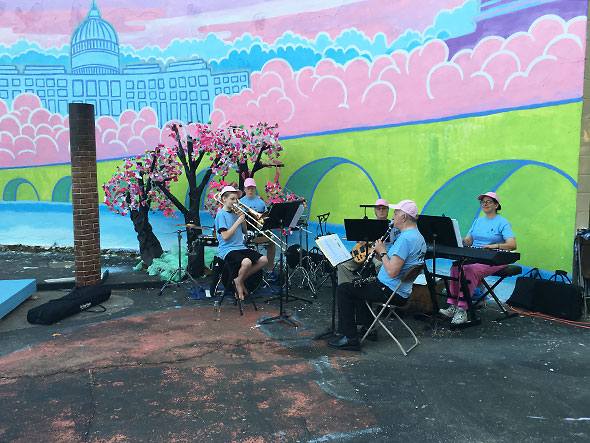 I’m inspired watching our young people embrace this woman’s story. Our children have worked long days at the theater and into the night reading and reciting to get this one right. Seeing the cast and crew pull together, it makes me realize how great the musical form of theater is. Lead-in or leading player, we all learn and grow in this medium; each of us are there at the finale, throwing our hearts up in the air to catch the wind. In the spirit and song of the work we soar like eaglets, growing radiant in confidence, raising our faces to the light in exalted victory. 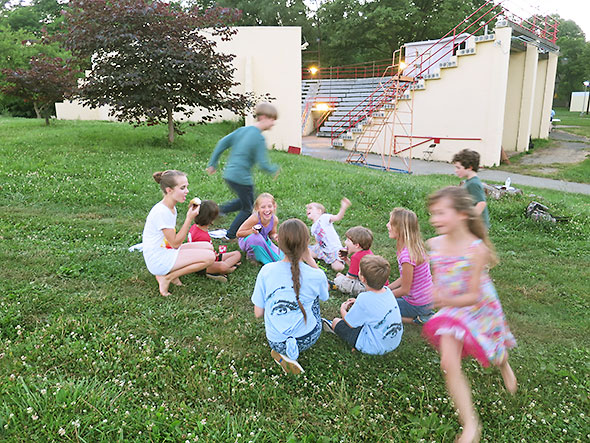 Check out the spectacle. The YSKP musical Alice Although runs 23-26 June and 30 June-3 July 2016 at the Antioch College Amphitheater, 910 Corry Street. The show starts at 7:30pm and ends around nightfall at 9:30pm. Tickets are $10 general admission, $5 for students and seniors. Come early to enjoy the concessions including chicken, pork, or vegan dinners and peach pie offered by the Sunrise Cafe.