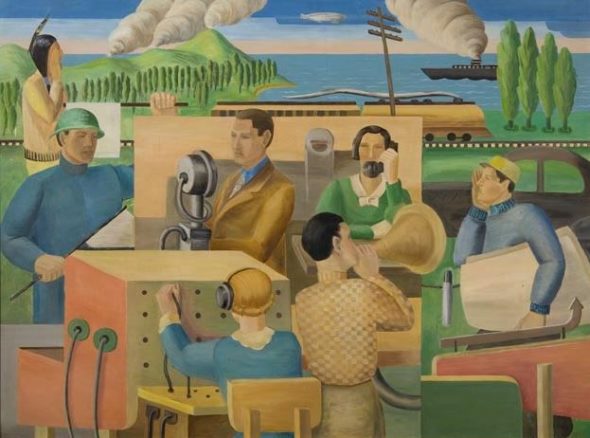 BLOG— Get brave and speak

Get brave, I told myself last Wednesday. Get brave.

Reader: I am not brave. Not very much. Not yet.

I drove to Enon Wednesday evening to photograph a Dakota Access Pipeline protest at the Speedway corporate headquarters there. I arrived just before the protesters, and drove around the corporate campus, looking for people with signs (or would they have bullhorns?), feeling slightly ridiculous. (What kind of reporter has to go hunting for a protest?) Then I noticed that every building entrance was flanked by guys in fluorescent vests. Then I noticed that guys in fluorescent vests were driving around in big trucks. Then I noticed that big trucks were following me.

One guy motioned me to stop. I did. He instructed me to leave the campus. “Private property,” he said. Get brave, I told myself. “I’m a reporter,” I told him. “I received a press release about a protest happening here.” He demurred. “No protest. Private property. Leave,” he said, more or less. I did.

There was a protest, bless those brave souls who had gathered at the Speedway entrance, just beyond the jurisdiction of the guys in fluorescent vests, though not outside of eyeshot of the guy in the county sheriff vehicle parked across the road. But this column isn’t about the protest, not exactly. It’s about getting brave.

In the wake of Trump’s win, I realized I was unable to talk about the election with those who might disagree with me. It was not that I couldn’t bear to listen to other views; after all, a reporter’s job is to listen to views that may well be “other.” And not just listen, but try to accurately and fairly represent those views.

Okay: it was a little bit that I couldn’t — in this case, really, really couldn’t — bear to listen. Talk about Trump with someone who liked him? Bah, ugh, bleh. No way!

But it was something else, too. Trembling in my car as I was ordered to leave the Speedway campus on the night after an upsetting, disorienting and momentous election, I realized: I am afraid, so afraid, to speak up, not just to the man in the fluorescent vest, but really to anyone who may not like what I have to say. This fear is crippling. It prevents me from having conversations I need to have, or from fully participating in conversations I am in fact already (not quite) having.

That’s when I whispered to myself, Get brave.

One of the things we in this stunningly polarized nation have to do is talk to each other. Which means listening, sure. And listening is hard. But it also means speaking. For some of us, speaking is just as hard as, or even harder than, listening. For me, this is not because I don’t have things I want to say. I do. Speaking is hard because there’s no guarantee the person I’m speaking with will agree with, value or even hear my words. And that can be painful, so painful that I opt not to speak, which brings a deeper pain — the sense, self-created, that I can’t speak.

When I feel I can’t speak, the truth is, I don’t listen that well, either. I’m churning inside, full of unvoiced thoughts and, frankly, resentment at the person who “gets” to speak. Why not me?

I just have to get brave.

Because here’s the curious thing. Speaking breeds … listening. At least, honest speech does. To truly speak — to speak truly — involves putting our feelings, views, experiences and histories into considered words. As a writer, I know this act is powerful. Even the attempt (and all writing and speaking is only an attempt) is powerful. Speaking satisfies a deep human need. We need to occupy verbal space as much as physical space. When we feel we can’t, we either go silent or go loud. (Shouting is not speech so much as a way to avoid speech, I believe.) Yet when we do speak, listening follows. Honestly occupying verbal space, we can allow others to honestly occupy verbal space, too.

If I don’t speak, if you don’t — how will we know who each other is? And without that knowledge, how can we be a family, community, society, nation? “Freedom of speech” is fundamental not just because it serves us each individually, but because it serves the good of the group. It makes the group a whole.

Look, we have to live together. We have to hear each other. And to do that, some of us, like me, might need to get brave and speak.

2 Responses to “BLOG— Get brave and speak”