Precinct-level results are in. Here’s how Yellow Springs and township voters cast their ballots. (Note that all figures given, unless otherwise specified, are numbers of votes.)

A newcomer to the Village Council race won the most votes on Nov. 7, as Kevin Stokes was the biggest winner, with 1,083 votes. Second-place went to incumbent Brian Housh, who won 970 votes. Both Stokes and Housh won four-year terms to Council.

Coming in third in the Council race, and snagging a two-year term, was Lisa Kreeger, also a newcomer to the race.

Other contenders for Council, in the order of votes received, were David Turner, who won 627 votes; Taki Manolakos, who won 533; and Chrissy Cruz, who received 342 votes.

The director of information technology and media services at Antioch College, Stokes is fairly new to the village, having lived here several years. He ran on a platform with three broad themes, emphasizing economic development and affordability, social justice, and the need to strengthen the collaborative relationship between the Village and Antioch College.  He emphasized the need for Smart Growth strategies for economic development, and supported the Village taking a role in increasing affordability.

Housh, who is currently vice-president of Council, ran on the need to follow through on a variety of Council efforts, including enhancing walking and biking in the village, and continuing to work to increase affordability in Yellow Springs through such programs as the Revolving Economic Development Loan Fund and utilities round-up program. He also pledged to facilitate transparency and the informing of voters on complex issues via the publication of “white papers.”

Kreeger is a registered nurse who has also worked in the corporate world. She emphasized the need for Council to address the issues of affordability and inclusion in town, and also pledged to keep a sharp eye on budget. She wants to promote “courageous conversations” and other actions to promote a sense of inclusion and anti-racism. 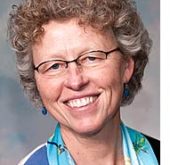 Conine received 1,032 votes, or 63.43 percent, well over three times as much support as second-place finisher Laura Curliss, a local attorney and former Village Manager. Curliss and Gerald Simms,  a Village Council member and retired analyst for WPAFB, were virtually tied for a distant second, with Curliss getting 276 votes, or 16.96 percent, and Simms receiving 274 votes, or 16.84 percent. The fourth candidate in the race, Catherine Price, a retired pharmacist, got 45 votes, or 2.77 percent.

A retired longtime local educator, Conine taught for 31 years in Yellow Springs middle schools, first Morgan, then McKinney. She is a member of the education faculty at Antioch University Midwest. Conine made civic participation among young people a theme of her campaign. She also emphasized expanding the use of local Mayor’s Court, and exploring adding restorative justice approaches to the court. Other candidates cited similar priorities for the local court.

Elected to a two-year term, the mayor presides over Mayor’s Court, as well as serving as the ceremonial head of Yellow Springs. Mayor’s Court hears misdemeanor offenses and other cases involving violations of local ordinances.

This fall’s mayor’s race generated keen interest from villagers, partly because the position was open after 26 years of being held by a single individual, outgoing Mayor Dave Foubert, who announced his retirement last spring. Villagers’ concerns over the declining use of Mayor’s Court in recent years also spurred interest in the race. The court is valued by many villagers as a tool for locally administered and alternative justice approaches.

Incumbents Aïda Merhemic and Steven Conn carried the race for Yellow Springs Board of Education on Tuesday night, with newcomer Steve McQueen taking the third open seat on the local school board.

A fourth candidate, challenger Dawn Johnson, fell short with 943 votes (21.6 percent), according to the unofficial final tally by the Greene County Board of Elections.

Issues that emerged during the race  included the future of the district’s aging school buildings, and the role of the school board in relationship to the superintendent.

Merhemic and Conn strongly support the district’s project-based learning, or PBL, curriculum, while Johnson called for more data metrics to measure its effectiveness.

In his campaign, McQueen sought more accountability around issues of diversity, but was otherwise mostly supportive of the district’s current course.

Tuesday night’s vote suggests that most voters favor the board’s recent course of actions and progress in the schools. 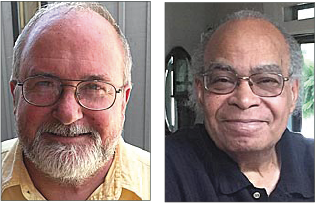 Miami Township Board of Trustees

Yellow Springs resident Don Hollister won one of two open seats on the Miami Township Board of Trustees Tuesday, as the top vote-getter, by a whisker, in that race. Voters also returned incumbent Mark Crockett to the trustees board for a fifth term. Longtime trustee and local farmer Lamar Spracklen came in third.

A fourth candidate, Douglas Bailey, who withdrew from the race but remained on the ballot, received 110 votes, or 3.28 percent.

A lifelong resident of Miami Township, Hollister emphasized the need for more openness and transparency in the trustees’ public meetings. He also stressed the importance of preserving the agricultural character of the township. Hollister, who is currently a senior fellow at Community Solutions, previously ran twice for the trustees seat.

Crockett recently retired as the owner of custom jewelry store Rita Caz, which he and his wife ran for more than 30 years in downtown Yellow Springs. During the campaign, he emphasized the importance of the trustees’ role is overseeing the construction of the township’s new fire station on Xenia Avenue, at the south end of town. Voters passed a 2.4-mill levy last spring for the facility, whose projected cost is $5.75 million.

Elected to four-year terms, the Miami Township trustees are responsible for the administration of township roads, cemeteries and the local fire department, Miami Township Fire-Rescue.

Issue 1 seeks to specify new rights of crime victims in the state, although opponents say it will undermine the due process rights of defendants. And while Issue 2 sought to bring down drug prices by requiring that state agencies pay no more for drugs than is paid by the VA, a 25 per cent reduction in price, opponents said it would actually raise drug prices for most Ohioans. Opposition to Issue 2 was funded entirely by drug companies, who paid more than $40 million to defeat the law.

And last, turnout was strong in Yellow Springs, as compared to the rest of Greene county. About 51 percent of registered voters in the village cast ballots, while the county total was just shy of 29 percent.

Read about overall election results in the Nov. 9 print edition of the News.