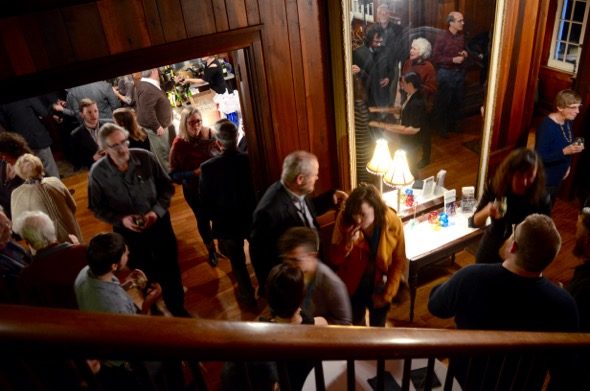 Revelers at a Glen Helen fundraiser at Birch Manor. (Photo by Megan Bachman)

All my friends were going to the Wine and Jazz fundraiser. It was for a good cause: Glen Helen, our town’s beloved nature preserve. Furthermore, it was being held at Birch Manor, a historic home at the edge of the Glen I had long wanted to visit. I only had to confirm one thing.

“By the “smooth sounds of jazz” do they mean smooth jazz?” I inquired of my friend, Sheryl, referring to a statement in the event’s publicity and fearing something in the vein of Kenny G.

Potential deal-breaker averted, I set out to find a ride and some friends to go with. Arrangements were made via text and included a discussion of what to wear.

“I’m just wearing jeans and a sweater and a collared shirt. Holes in my jeans and nice hiking boots,” responded Jon. 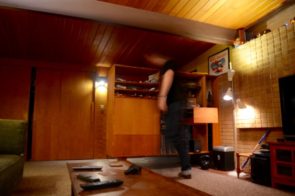 We gathered at Travis’ house, the first of the night’s two architectural gems, which both shared a  fondness for wood paneling. His mid-century modern home, built in 1961, is one of my favorites in town; it’s been well cared for and has abundant built-ins. He put a John Lee Hooker vinyl on and we set about warming up for a social evening.

“Our chariot has arrived,” Jon said. Actually it was a minivan, but it felt special, dressed as we were in our “YS formal.”

At the end of Jacoby Road we turned onto a long, dark wooded drive and ascended to the manor house on a hill, and I felt for a moment I was in a horse-drawn carriage, which is not period (the house was built with a four-car garage) but still seemed appropriate somehow. 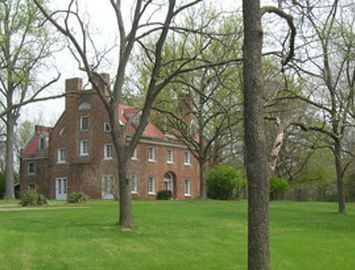 Birch Manor in the daylight (Photo courtesy of Glen Helen)

In fact Birch Manor was built in 1931 by Hugh Taylor Birch, the benefactor who two years previous donated 700 acres of land to Antioch College for a nature preserve, to be named in honor of his deceased daughter, Helen Birch Bartlett. (Birch Manor is not to be confused with Birch House, the old brick home at the northwest corner of Dayton and Walnut Streets, where Hugh Taylor Birch grew up.)

Birch lived at the Manor, then called more modestly, the Glen Helen House, seasonally until he died a decade later at age 94. Another home was near Ft. Lauderdale in Florida, where he also left land for a nature preserve, Hugh Taylor Birch State Park. Within the park is Lake Helen.

(More about the history of Birch and Glen Helen can be found at the website of the YS Historical Society, which currently posting chapters from Lucy Morgan’s 1931 book, The Story of Glen Helen.) 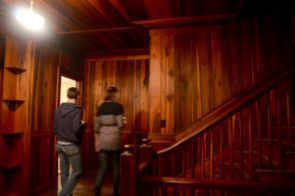 According to a Glen Helen newsletter, the house was built with 11 rooms, nine bathrooms, eight fireplaces, and a garage with servant’s quarters, and was later expanded to true mansion size when Antioch College President James Dixon lived there and added even more rooms. Today there are 18. The Georgian-style home was built with brick from a Goes Station powder mill and the wood paneling interior was made from local tulip poplar trees. The architect was William Shilling, who also designed the Springfield Post Office.

The jazz was indeed “just jazz,” the wine was sparkling, and the hors d’oeuvres were from Wheatpenny (enough said).

I also enjoyed many wide-ranging conversations and even found out from a Glen Helen naturalist where the faeries are known to hang out in the Glen.

“Do you still call yourselves Glenlings?” I asked a naturalist, a term I learned in the mid-2000s. They did not.

“Maybe we’ll bring it back,” the naturalist responded, trying to be friendly. 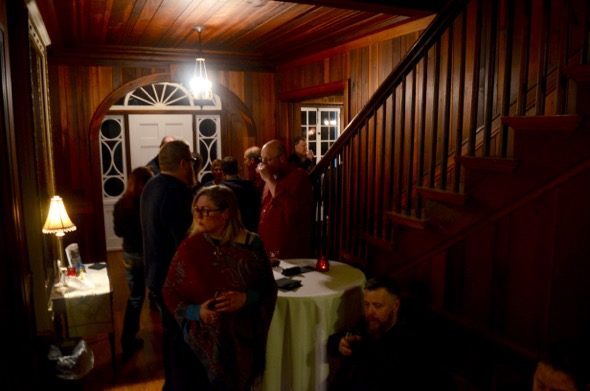 The foyer of Birch Manor. 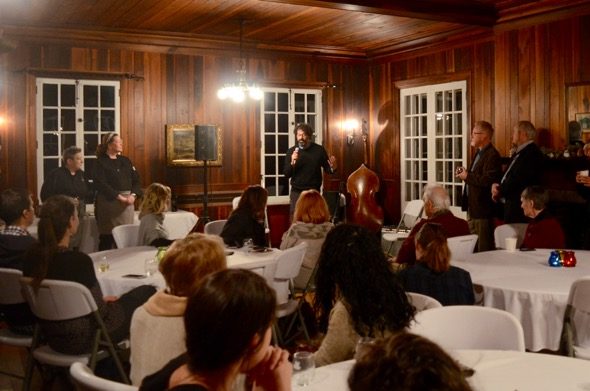 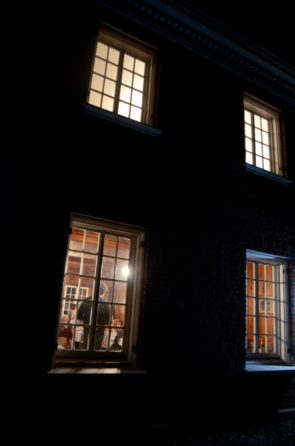 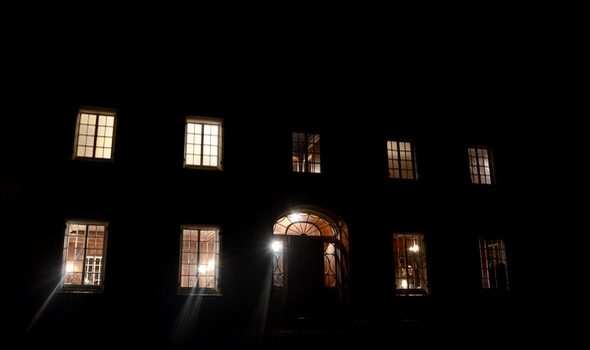 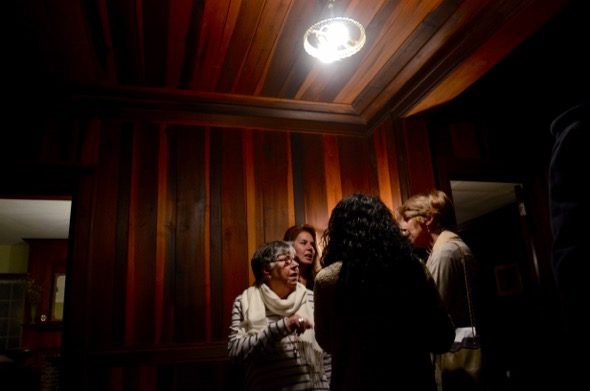 Local realtors discuss the origins of the wood paneling. 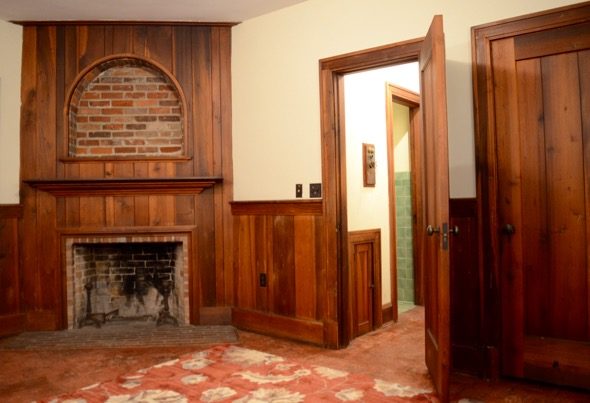 A room on the second story of Birch Manor. Wood paneling only goes up halfway. 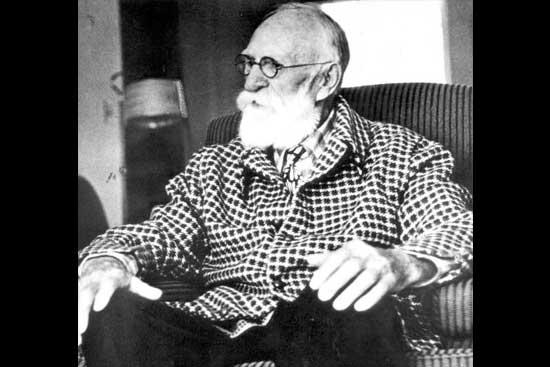