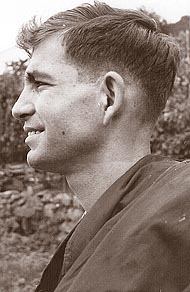 Tracy Harrison Logan Jr., left this life on Feb. 25, 2018. The grandson of medical missionaries, he was born in Huchow, China, in 1934 to Tracy and Chris Logan. Tracy grew up in Massapequa, N.Y., and was educated at Princeton; University of Hamburg, Germany; Wesleyan University, where he and Beverly met; and Penn State.

Following their marriage in 1959, Tracy taught at Hobart/William Smith Colleges and then at the University College of Addis Ababa (later Haile Selassie I University) in Ethiopia, where their son Tracy Oliver (Mek) was born. In 1964 they moved back to the States, where daughter Amy was born, and in 1969, with the goal of joining an intentional environmental community and finding a school for their children which matched their educational values, Tracy and Beverly moved the family to Yellow Springs.

Though he would state unequivocally that “the best job he ever had” was parenting, during his life Tracy was employed variously as an educator across many disciplines, as a computer specialist and for many years at the Yellow Springs News, where he did every back-shop job save running the linotype.

Additionally, for 10 years he wrote the weekly News column “On The Ecology Front,” a reflection of his lifelong dedication to stewardship of the planet. He served for decades on Village environmental and bicycle committees and for many years manned a table at the weekly Farmer’s Market, sharing information and banter in his mission to promote environmentally sound living.

Around the village, Tracy was perhaps best known for his bicycle advocacy. He himself would go months, at times years, without stepping into a car. For 17 years he ran the Bike Clinic on Saturdays from 2 to 4 p.m. out of his house, where tools, expertise, used bike parts and general wisdom were all available at no cost. He also pioneered a fleet of Community Bikes, decades before Zagster and CityBikes became the norm.

Those who knew Tracy were treated to his extensive and precise vocabulary and delight in language.  He took great merriment in puns and other wordplay, and his quick wit and dry humor were legendary in both English and German.

Throughout his life, Tracy understood and thoroughly enjoyed what children find interesting. He was a much-appreciated uncle, and played an important role in the lives of numerous young people who gravitated to his gentle and genuine interest in them.

A brilliant thinker and generous mentor, Tracy was humble in the truest sense of the word, and while he did not suffer fools gladly, he was kind to a fault. Selfless with his time, energies and deep knowledge, he was insightful and readily saw the best in others. He was, to his core, a consummate educator. While always highly intellectual, Tracy was deeply connected with the physical world, finding his peace in nature — walking, biking, canoeing, star-gazing. 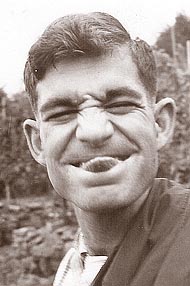 After his retirement in 2000 from Lafayette College in Easton, Pa., Tracy and Beverly moved back to Yellow Springs. Unfortunately Tracy was by then struggling with PTSD and OCD, which limited his personal interactions save for a sadly brief remission, 2004–2007, during which he returned to his many joyful pastimes, including serving on the Environmental Commission and resuming his weekly Farmer’s Market table.

A July memorial is planned. Gifts in his memory may be made to Antioch College — specify “for Tracy Logan” — for a tree on the Antioch Farm, or to the Yellow Springs Tree Committee.