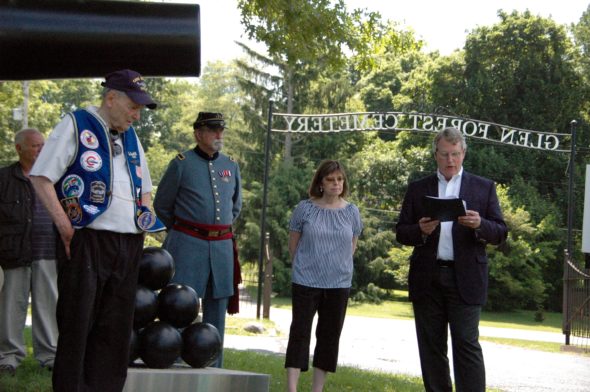 Dave Neuhardt, right, shared the history of the cannon and those it honors at a rededication ceremony at the Glen Forest Cemetery on Sunday, while, from left, Ted Campbell, Paul D. Schenck and Sharon Neuhardt listened. (Photo by Megan Bachman)

For more than a century, a Civil War-era cannon has stood in Glen Forest Cemetery, a memorial to the 400 men of Yellow Springs and Miami Township who served in the Union army, and to all local soldiers and sailors who fought in all wars.

Pointed south, the 10-inch Rodman gun began tilting in recent years as the cannon’s iron supports rusted and buckled under its 15,210 lbs. of mass., while its masonry base had deteriorated and the pile of cannonballs originally at its base had disappeared.

The Yellow Springs Odd Fellow Lodge #279 took on the task or restoring the cannon and re-dedicated it this weekend, exactly 110 years after its first dedication on Memorial Day 1908.

The ceremony was presided over by the lodge’s Noble Grand Tim Heaton while Paul D. Schenck of the Sons of the Union Veterans of the Civil War stood by in Civil War regalia his great-grandfather would have worn, Mayor Pam Conine imparted the importance of the holiday also known as “decoration day,” and Dave Neuhardt shared some of the history of the cannon, and those it honors. 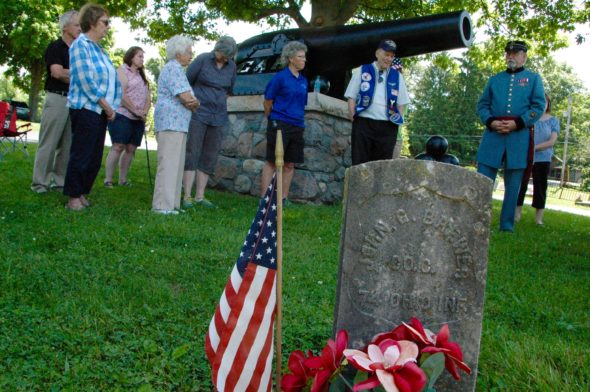 “While we may, and should, at times question the wisdom of the wars in which our country has engaged, we can never doubt the bravery and self-sacrifice of the men and women who have served the country in those wars, risking their lives to defend and protect our nation,” Neuhardt added.

Veterans of every war, from the War of 1812 on, are buried in Glen Forest and are commemorated by the cannon, according to Neuhardt. The Oddfellows mark each one’s grave with a flag on Memorial Day. But the local veterans of the Civil War stand out to Neuhardt because of the “the principles the war was fought over” as much the impact the war had on the young nation.

Men of Yellow Springs and Miami Township responded to President Abraham Lincoln’s call for volunteers after the Battle of Fort Sumpter in 1861, according to Neuhardt. They manned gun boats in the Mississippi, took part Gen. Sherman’s March to the Sea, served as spies in the Shenandoah Valley and were present when General Robert E. Lee surrendered at Appomattox, he added.

Among the local Union soldiers were 10 local African Americans who enlisted in 1863 but “had to fight for the right to serve,” several of whom went on to serve in the first black regiment, the 54th Massachusetts infantry, according to Neuhardt.

A 1908 Yellow Springs News editorial entitled, “The Cannon — the all-absorbing topic,” described the “fine specimen of a cannon” was as having a “dignified presence” in the cemetery, where “the sentiment is one of deep reverence for all who lay here,” according to Neuhardt. The cannon was secured by the Brukholder chapter Post #115 of the Grand Army of the Republic, G.A.R., formed by local veterans in 1881 and named after Antioch College student killed in action, Lt. Thomas Burkholder. 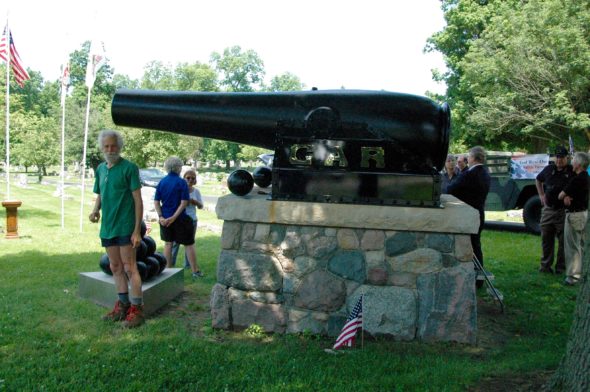 Neuhardt also shared the typical pattern of Memorial Day commemorations in Yellow Springs in the past, which featured a morning service at St. Paul’s, presentations at the old Opera House and a parade to the cemetery led by the music of drum and fife. Children would lay flowers in Yellow Springs Creek along the way, according to Neuhardt.

“The stones of Glen forest cemetery and this monument in particular help us to remember and commemorate the great and the lowly who came before us and as a result this cemetery is truly hallowed ground,” Neuhardt said.

Attending the ceremony was Ted Campbell, who served in the Korean War on a submarine before coming to the Village in 1954 to attend Antioch College on the GI Bill. His time in the service earned him 30 credits of work-study, he said, and there were five other veterans in his South Hall dorm at the time.

“I believe in this country,” Campbell said, adding that others should be aware that they too might someday be required to defend their nation.

That possibility was also on the mind of Schenk of the Sons of the Union Veterans of the Civil War, who came out for what he said was the usual reason to “honor those who made the sacrifice,” but also “to give a little thought to the fact that it might happen again,” highlighting the need to “watch, protect and preserve.”

“There is a need to defend the nation,” he said. 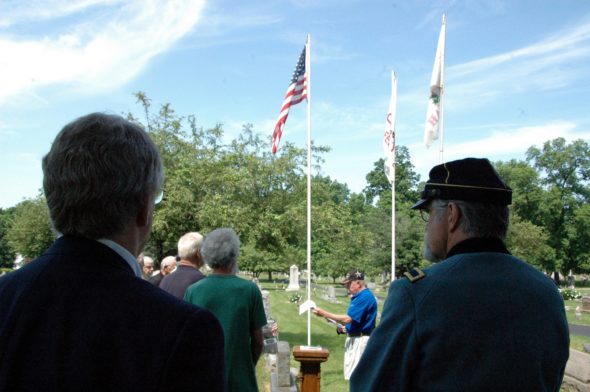 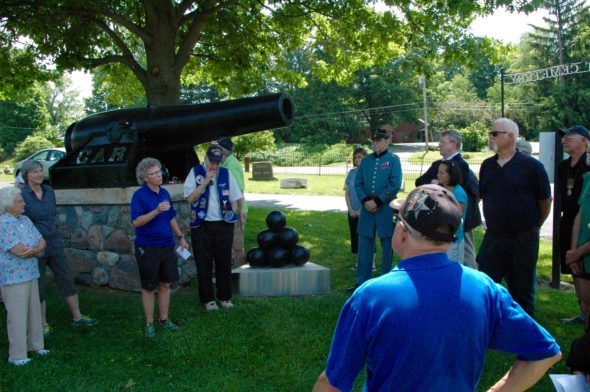 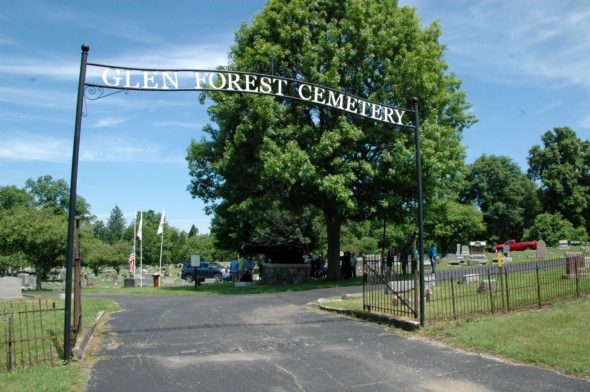 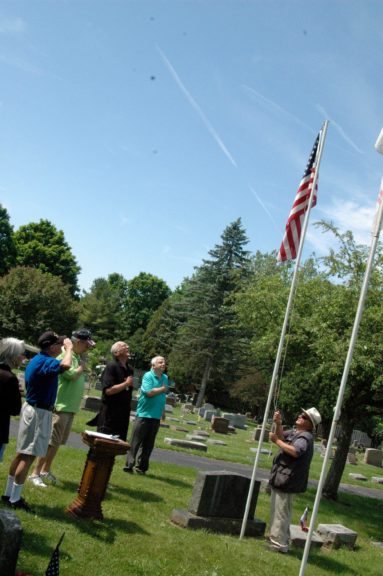