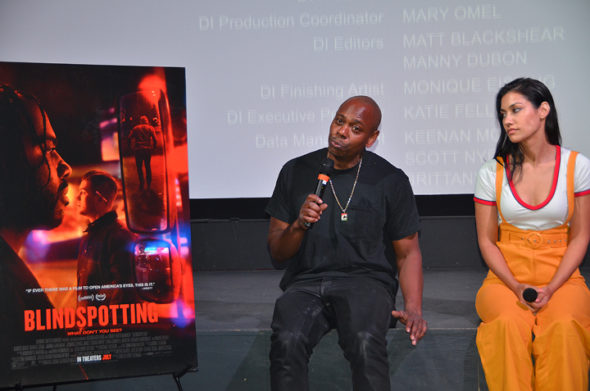 (Robert Hasek contributed the source material for this article.)

Local resident Dave Chappelle hosted the sold out event at the Little Art Theatre, where villagers and guests stayed late into the night and partook of an informal question and answer session after the movie.

Chappelle and Gavankar engaged the audience in a discussion of several riveting scenes and the movie’s realistic portrayal of interpersonal struggles and changing community dynamics that can both empower and destabilize.

Gavankar said she had done a lot of movies but that this was “the first one I’ve ever been this moved by.” She said that the film portrays a cultural moment, and provides “a look at an America we all know.” Even though the filmmakers began writing the script ten years ago, the material they address is “unfortunately even more so at the forefront of our conversations” today.

Though the themes in the movie deal with race, class and gentrification, it is a comedy-drama, and it was noted that laughter and crying have similar physiological roles in helping balance our emotions. “Blindspotting” gives viewers the opportunity for both.

The movie’s title is a reference to the “psychological blind spot”, a term coined by Princeton University social psychologist Emily Pronin, who noted in a 2002 study that, while most people recognize the biases of others, they often fail to recognize their own.

In addition to Yellow Springs, the movie has a limited release in New York and Los Angeles on July 20, and will be released nationally in select theaters July 27.