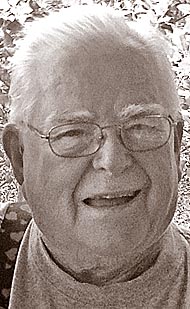 Born April 5, 1924, in White Plains, N.Y., to Edith Russell Charlton and DEA Charlton, he attended high school in Scarsdale, N.Y. He went on to earn a degree in 1949 from Antioch College in Yellow Springs.

Prior to retirement, he was operating his own kitchen business, Buckeye Cabinets, in Xenia, Ohio. He had been in the building business and for many years was purchasing agent for Morris Bean and Company. He was a past president of the Dayton Purchasing Agents. For many years, Tom served as a scoutmaster for a Boy Scout troop in Yellow Springs. During World War II, he was a naval aviator.

Over his long life, Tom Charlton was an avid golfer, fisherman, poker player, gardener, singer and lover of the wild. Tom was known to all who knew him as kind, generous and an active member of the community. He was always happy and was often heard whistling before you’d see him.

Thomas was preceded in death by his two brothers, James M. Charlton and Fred R. Charlton. His wife of 41 years, Marjorie Charlton, preceded him in death in 2002.

The family wishes to extend its gratitude to all who knew, loved and cared for Tom Charlton over the years.

One Response to “Thomas Charlton”