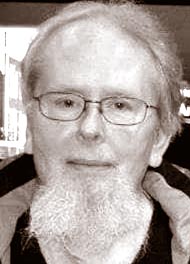 Michael Hitchcock, a longtime resident of the village, died on Nov. 1, 2018. Two days away from 73, he was a loving and loyal husband, father, grandfather and friend, and a longtime fixture of the greater Dayton-area music community.

Michael was an accomplished guitarist — acoustic and electric — and due to an injury to his left hand in his early 30s, he picked up and mastered the mandolin, with its smaller fretboard, while continuing to play guitar throughout his life. His influences were many, running the gamut of Ramblin’ Jack Elliott, Doc Watson, Jimi Hendrix, Buddy Guy, Fletcher Henderson, Benny Goodman, Charlie Parker, Mozart, Beethoven and many stops in between. He was a founding member of The Wolly Pig Jug Band, The Hotmud Family, The Blind Rainbow and The Truenotes, and was an early member of The Dayton Mandolin Orchestra and formed The Michael Hitchcock Trio. He was a longtime member of the Dayton Yellow Springs Band, singing and playing mandolin and acoustic guitar as he navigated the popular band’s eclectic repertoire, which included his own compositions like “It’s Easy to Lose It On Yellow Springs Road.”

As a composer, Michael moved effortlessly through the styles of bluegrass, jazz, classical and the blues with lyrics that are insightful, humorous, touching and always containing more than a bit of a sardonic edge. From the witty “Rhamphorhnychus Song,” which he wrote to amuse and educate his daughter about dinosaurs, to the bluegrass-style ditty, “Everybody’s From Kentucky,” Michael made fun and cloaked it in melodic, intricate progressions and word-play.

Many of Michael’s friends are musicians; he was a “band” brother and his creative contribution will be sadly missed.

Contributions can be made to the National Alliance of State Prostate Cancer Coalitions at naspcc.org.

A celebration of life will be held on Saturday, May 11, at Clifton Reserve.

One Response to “Michael Hitchcock”