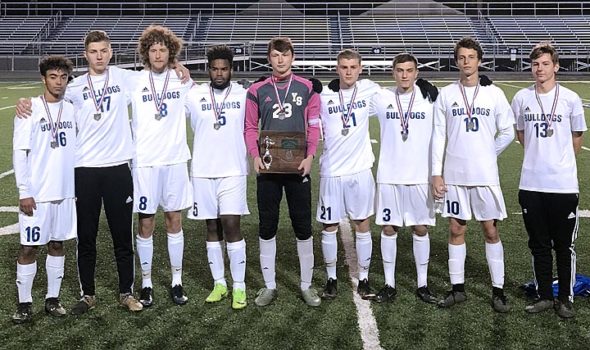 On Tuesday, Oct. 30, the Yellow Springs High School Athletic Department held an awards ceremony to recognize and celebrate the achievements of athletes during the fall sports season.

Winning awards from the OHSAA Southwestern district were:

Winning awards from the Metro Buckeye Conference were:

Winning awards from YSHS were:

Alex Ronnebaum finished her senior year by being #1 in the MBC in blocks with 130. Ronnebaum has led the conference in blocks for the past three years. She owns the conference and school records with a career total of 452 blocks.

Ronnebaum was also named to the 2018 District 9 Division IV senior All Star team and will play in the All Star match at Troy High School on November 14 at 6:30 p.m