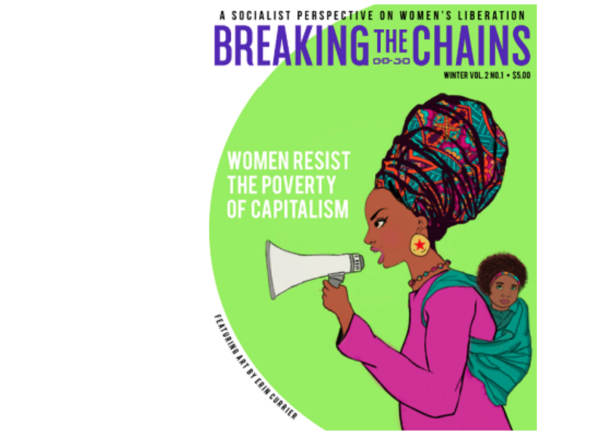 Karla Reyes, managing editor of Breaking the Chains: A Socialist Perspective on Women’s Liberation, will speak on the women’s movement at a food and clothing drive at the Coretta Scott King Center at Antioch College.

The People’s Congress of Resistance, the Party for Socialism and Liberation and Antioch College’s newly founded, first-ever Black Student Union will hold a clothing and food drive on Friday, Feb. 22, beginning at 5 p.m. at the Coretta Scott King Center. Chris Chavers, founder of the Black Student Union, will speak about racism and the anti-racist movement in the Miami Valley.

An editor of the magazine Breaking the Chains: A Socialist Perspective on Women’s Liberation, Karla Reyes, will speak on the women’s movement. Breaking the Chains is a publication that brings critical issues facing working class families to the forefront of popular movements. The publication has been used by women organizing to build a society free from sexism, racism and anti-LGBTQ bigotry.

Reyes, the magazine’s managing editor, is a public school teacher in New York City, and has been a union and social justice activist for many years. Recently, Reyes has been organizing against the U.S. attempted coup against Venezuela’s President Nicolas Maduro.

One Response to “Food, clothing drive at Antioch to feature speakers”