Yellow Springs Schools has announced the names of three finalists in the district’s search for a new superintendent. The candidates come from school districts across the state. 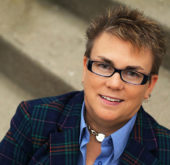 Terri Holden is the executive director of teaching and learning at Winton Woods City School District, near Cincinnati, in Hamilton County. She has been in the position for five years, after serving as principal at Winton Woods City High School for six years. Prior to that she served five years as principal at Norwood High School, also in Hamilton County. Beginning her career in education in 1989, she has also had stints as a classroom teacher and assistant principal in several different schools. She also has taught at the university level.

Relevant to Yellow Springs’ project-based learning curriculum, she led a PBL program for six years as the WInton Woods principal and has supervised it districtwide for the past five years. 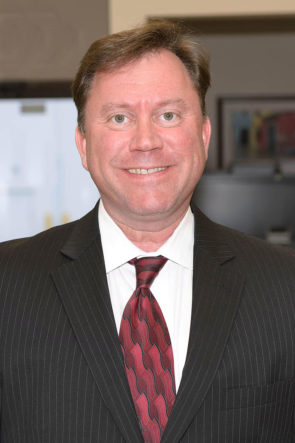 Michael Shreffler (photo via The Independent)

He began his career in education in 1994 as an English teacher in Pahokee, Fla., taking the assistant principal post at a middle school in West Palm Beach, Fla., before moving to northern Ohio, his home state, in 2002, to become principal at Perry Local High School. He later took the position of director of human relations, curriculum and instruction with Perry Local Schools from 2005–2008. He also has been an adjunct instructor at five colleges.

Named a “Mover and Shaker in Education” in 2006 by the Massillon Evening Independent newspaper, he was a co-founder in 2010 of the Ohio Regional Music Arts and Cultural Outreach initiative in 2010. He also founded and served as superintendent in 2012 of a nonprofit school for Amish students. 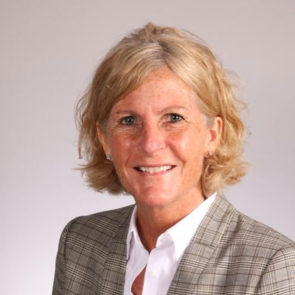 The third candidate is Maura Horgan, director of curriculum and staff development with Newark City Schools, in central Ohio. She has held the position since 2015, having served as director of secondary curriculum and instruction for the district from 2011–2015. In her current position, she oversees al district administrators, including building principals.

Horgan has spent her educational career in Newark schools, beginning as an English teacher at Newark High School in 1990. She remained in the classroom until 2004, becoming the English department curriculum leader in 1999. She was the high school’s literacy coordinator 2004–2005 and became the school’s assistant principal in 2005.

She has a bachelor’s degree in English and education from Denison University and a master’s in educational leadership from the University of Dayton.

Horgan has been trained in Project-based Learning and implemented it at Newark High School as part of the district’s STEM program. She currently supervises the program. She also coordinates an annual social/emotional awareness day.

Community members will have a chance to meet the three finalists in 50-minute blocks on Saturday morning, May 11, during a “Meet the Finalists” event beginning at 10 a.m. in the music room at Mills Lawn School. The session with Holden will be first, at 10 a.m.; Shreffler will follow at 11 a.m.; and Horgan’s session with begin at 12:15 p.m.

The three finalists were selected after a first round of interviews by the board on Monday and Wednesday evenings, May 6 and 8. The board hopes to make the new hire early next week.

K-12 Business Consulting, based in Columbus, is assisting the district in its search to replace out-going Superintendent Mario Basora, who announced in February that he would be taking the top position with Huber Heights Schools in Montgomery County at the beginning of the next academic year. Basora, who has been with Yellow Springs Schools for nine years, has said that he and his family will continue to live in the village.

Deb Campbell, of K-12 Business Consulting, said on Thursday afternoon that the board interviewed five candidates from an initial pool of 20 applicants. Her firm is facilitating Saturday’s community sessions for which each candidate is preparing a 20-minute presentation on two topics selected by the board and based on areas identified from local focus groups held in April.

After the 20-minute presentations, community members will have a chance to ask questions, and then at the end of the 50-minute session, fill out an evaluation form for the board’s consideration in making its final decision.