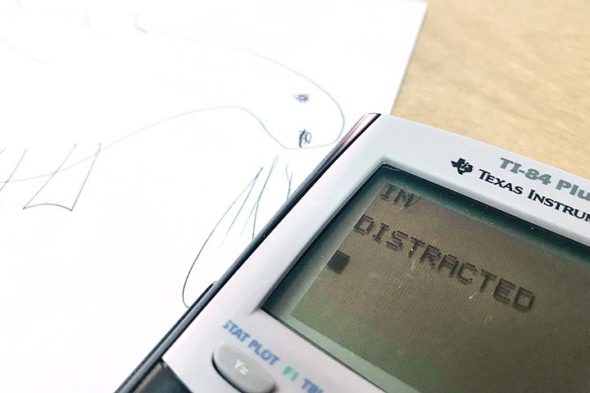 A YSHS/news collaboration: Motivation and distraction in school

Editor’s Note: In collaboration with Yellow Springs High School, over the next few weeks, the News will publish a series of articles, written by students, for a project on the critical issues YSHS students say they face.

When looking at problems at Yellow Springs High School, it’s hard not see the distraction and lack of motivation among students.

“Nothing. I’m not motivated at all,” was the response of one YSHS student when asked: “What keeps you motivated to do your work at school?”

In this day and age, distractions — such as phones and social media — are a big problem for high school students, and they get in the way of students being motivated to do their schoolwork in and out of school. In fact, distractions may be the most common reason students aren’t motivated or engaged (see sidebar). Our group found that motivation can be affected by other factors, too, such as a student’s home life, mental health or potential drug use.

In an interview, Kevin Lydy, a social studies teacher at YSHS, agreed that lack of motivation is a problem at YSHS.

“There are a lot of students who, if it doesn’t interest them, they don’t want to put forth the effort, and then the quality is not gonna be there,” Lydy said.

“When any kind of vibration of your phone or a sound has a Pavlovian response of ‘I need to see what happened or to see who it is,’ that takes you away from the focus that needs to be there,” Lydy said.

Dee Ann Holly, a math teacher at YSHS for 22 years, said she has seen problems with student engagement and motivation.

Asked what factors affect a student’s level of motivation, Holly responded that she sees an “internal confidence” at work.

“Some kids have already, by high school, labeled themselves as good at something and not good at other things, so that internal confidence is a big factor,” she said.

Holly has learned, over the years, the best way to keep students motivated is to help them feel successful.

“Enjoying what they’re doing keeps them motivated,” she said, further defining motivation as “the feeling that they can do it and have success.”

“I try to make what we’re doing fun, and I try to get kids active in the classroom,” Holly said. “I try to let them work in groups so they can talk to each other, and learn from each other.”

YSHS students have opinions on the issue, too. When asked, “What keeps you motivated to do your work in school?” one student replied that when other students are also working, they felt more inclined to do so themselves. Another student said that they are motivated when completing work is rewarded. 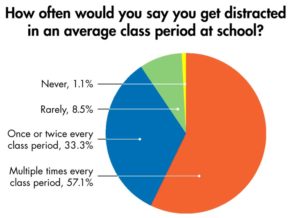 However, several students said that nothing kept them motivated. Others said that the only thing keeping them remotely motivated was the looming threat of needing to graduate, but that if the subjects don’t interest them, they aren’t truly engaged or motivated.

The issue of student motivation is clearly a problem at YSHS, but teachers and students know ways to help solve it. Strategies such as student-involved teaching methods can help engage students. Teachers and parents also need to stay aware of their students’ mental health, home life quality and potential drug use, and be patient when dealing with those issues. These strategies may improve student motivation and engagement at YSHS.

On average, students surveyed rated themselves 2.98 out of 5 when asked, “How motivated do you feel to do your work at school?”

What causes lack of motivation in students? Two major factors may be how classes are taught and how well students get along with their teachers.

In interviews with 17 Yellow Springs High School students, in which my group member Lydia Fleetham asked their preferred teaching style, the majority of responses involved words such as “hands-on” and “visual.”

In a separate set of interviews of 15 YSHS students that I conducted, the majority reported having generally positive or mixed relationships with their teachers. One Yellow Springs student noted that he was kept more motivated by “having a good relationship with [his] teachers” and that he was more likely to “feel bad letting them down” if he gets along with them.

As of 2018, 95% of American teenagers have access to a smartphone, according to a Pew Research Center survey. The popularity of smartphones among adolescents poses the question of if, and to what extent, smartphones should be allowed in the classroom.

YSHS has long been exploring technology as a tool for learning. Recently, the school implemented a one-to-one Chromebook program, where all students are given their own laptops. The policy of BYOT or “Bring Your Own Technology” has been around for much longer, allowing students to bring personal technology into the school and, consequently, the classroom.

The access to technology is “intended to enhance teaching and learning,” according to the YSHS Student Handbook. Although rules for smartphone use in the classroom vary by teacher, students also often take advantage of the policy, and use devices even when not allowed.

“I think the evidence is there that just having your phone in front of you is a distraction,” he said.

Smartphones seem to pose issues outside of the classroom as well, as 57% of students surveyed said they put off homework for digital activities “often” or “almost always.”

Smartphone use in school is a complex and difficult issue, as students today have grown up in the Digital Age. But staff responses and evidence indicate that there are significant problems, especially since smartphone use among adolescents is expected to continue to rise.