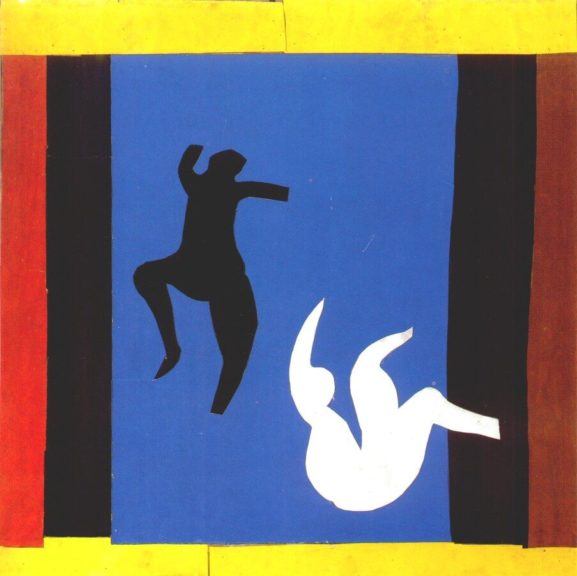 Walking is an ordinary miracle. Each step requires an exquisite coordination of mind and muscle, tiny adjustments made on the fly — or rather, on the hoof. We keep our balance by means of shifting, not stillness.

And this is true, metaphorically, of our lives, of life itself. Equipoise, the balance of forces, is the principle of organisms, ecologies, governments. Balance is, always, a matter of alteration and correction. It’s subtle, intuitive, unending.

This month’s poem meditates on balance in ways I find lovely and bold. “While Tottering,” by Janeal Turnbull Ravndal, is addressed to her husband of 61 years, Chris. It blesses and affirms their shared life together, as well as the difficulties and infirmities of old age. When I spoke with Janeal recently in her home on the campus of Friends Care, she told me she’d written the poem a few years ago, after Chris took a bad fall. It was a tough time, she said. And the poem was perhaps a counterweight to that experience — a shift from shakiness and suffering into a steadier state.

A longtime poet, Janeal said she often writes what are known as “occasional poems,” poems that mark a particular occasion or comment on an event. “While Tottering” seems a kind of occasional poem, marking the “occasion” of aging. But equally, it honors a long marriage. Chris and Janeal were married 61 years ago this month; they met at a Quaker work camp in upstate New York and lived in several Quaker communities over the decades, retiring to Yellow Springs 13 years ago. They are the parents of three adopted children, now grown. Surely a marriage that long, unfolding in the contexts of parenthood and a commitment to communal life, is an awesome and daily act of balance. And in older age, as Janeal’s poem shows, the physical and psychic equipoise continues.

While tottering, beloved, on the edge of frail,
reviewing lives, our ventures on the wane,
let us hang on to gratitude although we fail

in vigor, senses, equilibrium, and wail
at certain shrinking of these minds we once could train,
now tottering, beloved, on the edge of frail

and fear. Despite the dose of pain it must entail,
may honesty remain accessible, a plain
support to simple openness although we fail

in former skills and can no longer raise a sail
to fiercer winds. Reaching for peace as gain
while tottering, beloved, on the edge of frail,

our pretense gone here near conclusion of our tale,
let humor rule to fill the gaps and ease the strain
till laughter brings a warmth and light that cannot fail.

Yet spare us not from sadness, just keep fake and pale
away. Though visions for tomorrow seem in vain,
now, tottering, beloved, on the edge of frail,
let us hang on to gratitude while bodies fail.

One of the first things that struck me about Janeal’s poem was its grace! Grace in two dimensions, at least: it has an elegance of form and expression, and it gives thanks, or confers blessing. Her poem is a villanelle, an old form that came into the French from a style of Italian folk song, and has flourished in English over the past half-century or so. It’s a demanding form; one of my poetry teachers calls the villanelle “an exquisite torture in 19 lines.” But this “torture” — if torture it is — applies only to the private contortions of the poet. For the reader of a well-turned villanelle, the experience blends repetition and variation in pleasing ways.

The form follows a strict rhyme scheme (“frail” and “wane” set the end-rhymes in this poem), and hinges on the skillful repetition of the first and third lines of the opening stanza as a refrain throughout the poem. In the closing stanza, those two lines are drawn together, ideally with some slight tilt in meaning. Though the poem repeats, it also moves us to new ground.

We can think about poetic form as an aid to balance. “The villanelle tells you what to do,” Janeal said. Yet the supports are also demands. It’s not easy to find suitable, beautiful end-rhymes that both express and open a poem’s meaning. I especially love Janeal’s choice of “fake and pale” — adjectives dressed as nouns — in the first line of the closing stanza. The prayer to “keep fake and pale / away” is a prayer to accept and experience the fullness of life, including its pains and losses.

That is the spirit of the poem, and the spirit of its final two lines. With the repetition of those lines set in new intimacy at the poem’s close, I understand as I didn’t quite before that to “hang on to gratitude” is — almost literally — to rely on a mindset to offset the body’s faltering. Gratitude is the bolster against “tottering,” against “frail.” We may grip it for balance when life unsteadies us.

*Janeal Turnbull Ravndal can be heard reading her own and other poets’ work on WYSO’s “Conrad’s Corner” and “Song and Sonnet,” with Niki Dakota.

*This column originally appeared in the Aug. 29 issue of the News. To read other First Lines poetry columns, visit the archive page here.

One Response to “First Lines — ‘While tottering …’”